This turtle was found struggling to stay afloat near Longboat Key. The turtle was completely covered with barnacles, sea squirts, and other marine life (see images), so much that the turtle could hardly swim. It had obviously been sick for an extended period of time and was also being affected by the cold water in Sarasota Bay. It is being slowly warmed up and lab tests are pending. 12/24 Turtle is much better today. IV fluids appeared to help. Turtle was put into water this morning and actually ate some shrimp and squid this afternoon. 1/1/03 Turtle is now eating very well and gaining weight. White count that was elevated is coming down. 1/14 White count is now normal and appetite is very good. 2/27 This turtle is doing very well and should be releasable within the next month or so. 5/6 Turtle had been doing well and was released off the north end of Longboat Key this morning. 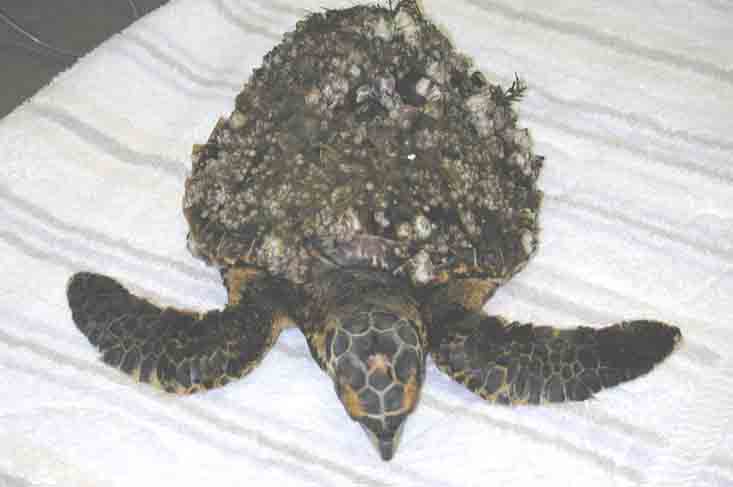 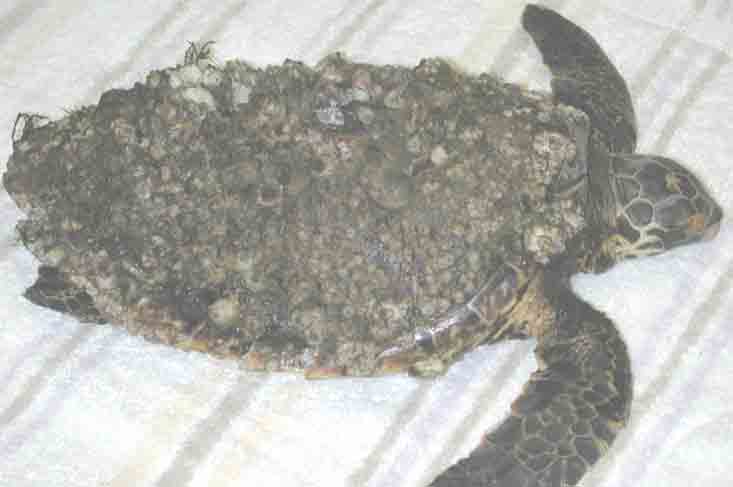 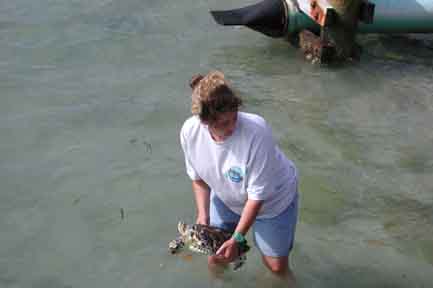