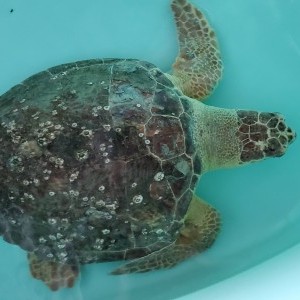 09/27/2020  A recreational fisherman reported catching a loggerhead sea turtle on a reef offshore Coquina Gulfside Park. Mote's Stranding Investigations Program responded and brought the turtle to Mote's Sea Turtle Hospital. The turtle was named Captain Crunch. Captain Crunch had radiographs taken which showed there were actually 3 fishing hooks stuck in the throat. 2 of the 3 hooks were able to be removed but the 3rd will be removed at a later time. Captain Crunch is otherwise in healthy body condition and was placed in a rehabilitation pool.

10/18/2020  Captain Crunch was cleared for release by Mote veterinary staff. 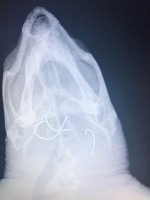 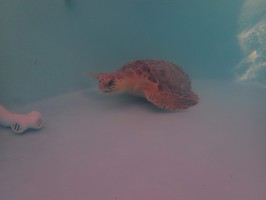 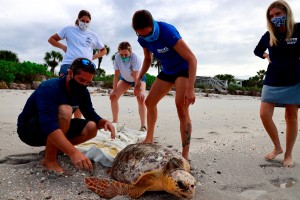 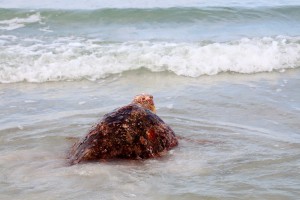