This turtle was found stranded on Longboat Key. The turtle was nearly comatose, non-responsive, and appeared to have an intestinal blockage. It died the first night in rehab. A necropsy was performed the next day, and it was found that 90% of the small intestine of the turtle was swollen shut, so that no food could have moved through it. This is similar to an intestinal disease that has been seen over the past three years in the area. It is possible that it is caused by a trematode parasite 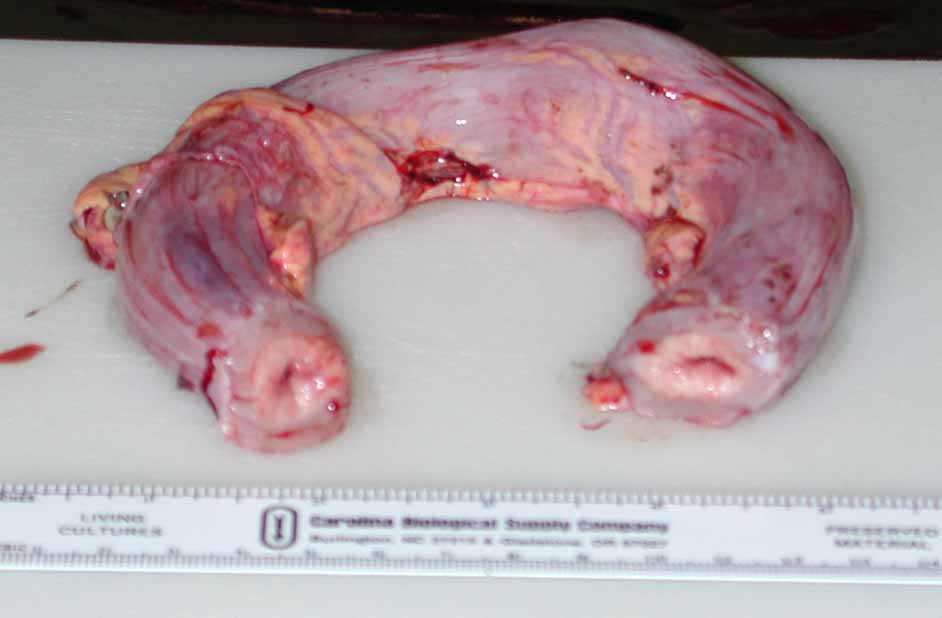 View of section of occluded intestine during necropsy