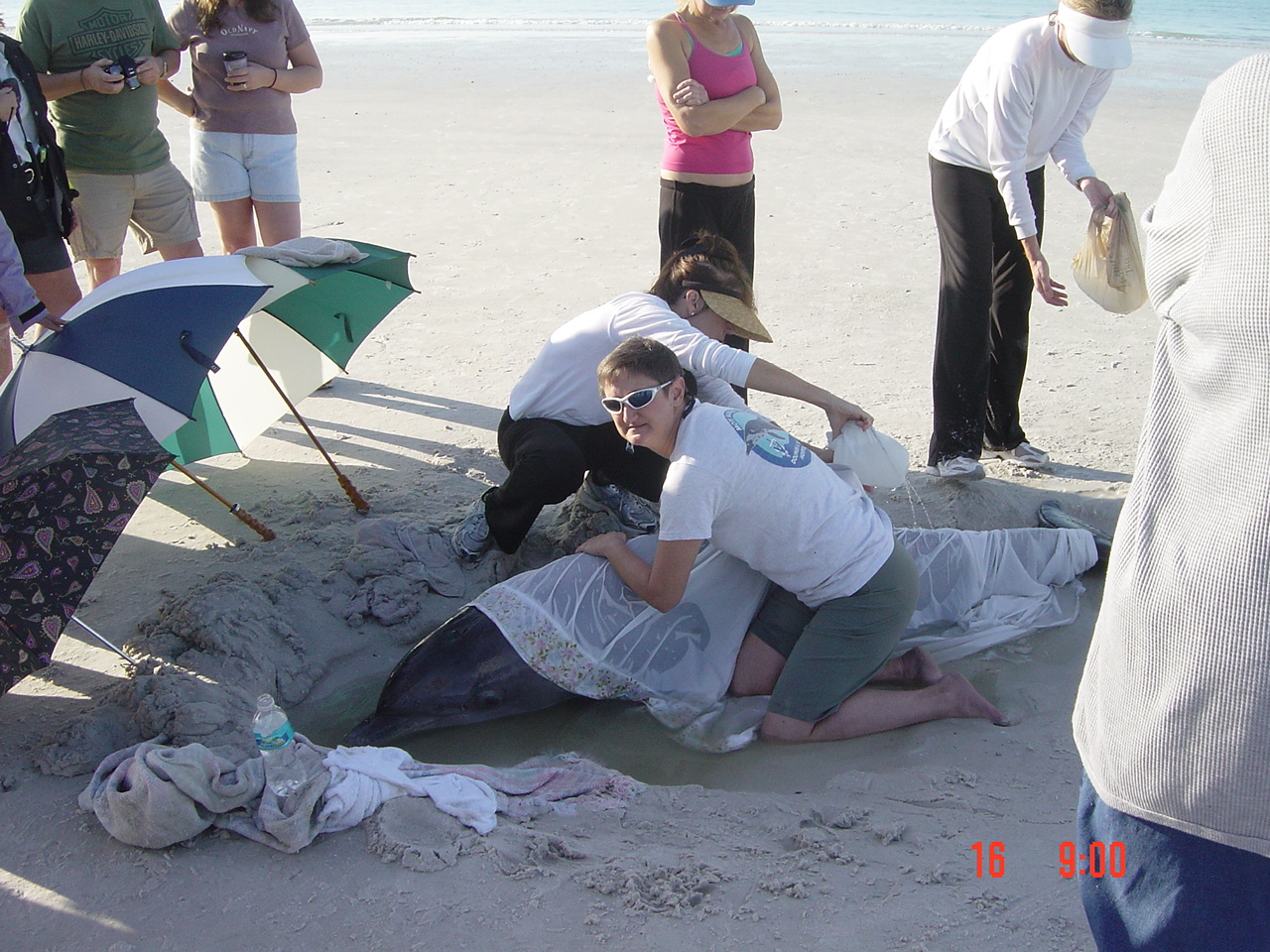 12/16 A young female bottlenose dolphin was found stranded on Siesta Beach this morning and transported to the Dolphin and Whale Hospital for treatment.  Animal was dehydrated and covered with rake marks from interactions with other dolphins, and appears to be suffering from bronchopneumonia.  Antibiotics have been initiated.  Dolphin is able to swim on its own, but has no interest in eating.

12/19 Dolphin has been eating all the live fish that it is offered.  No interest in dead fish. A test will be done on Tuesday to determine the dolphins hearing abilities.

12/28 Dolphins hearing tested normal.  Continues to eat only live fish. Wounds have healed well and the animal is recovering nicely.

1/16 Dolphin is starting to gain weight, her blood parameters are shifting in the right direction and her respiratory condition is clearing up enough that she will be Freeze branded during next Fridays exam.

1/30 Dolphin was freeze branded this morning and we have applied for release.

2/9 After less than two months of treatment, the dolphin was released back to her home waters in Sarasota Bay. A key aspect of Mote's dolphin research and rehabilitation efforts is our ability to see how well our patients do after release. Therefore, the dolphin was outfitted with a small VHF radio transmitter before she was released which will allow researchers to use radio signal to locate her and then visually monitor her as she re-acclimates to her normal habitat.

8/13/2015  Ginger was observed with a calf that appears to be her first baby on August 6th in Sarasota Bay by the Sarasota Dolphin Research Program (SDRP), which has monitored Ginger since her birth to a well-known resident Sarasota Bay dolphin, including the period since her successful return to the wild in 2009.