Larissa was released off of Lido Beach in Sarasota, FL! 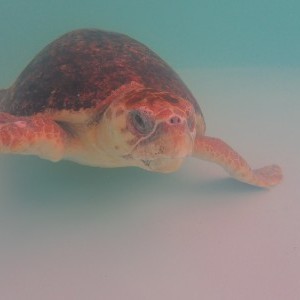 08/18/2019  The adult female Loggerhead was found on Boca Grande Beach. The turtle was deemed "Larissa" by her rescuers and brought back to the Sea Turtle Hospital here at Mote. She was examined, weighed, had blood taken, radiographed (no eggs present). Upon examination we noticed she is missing half of her right front flipper. She was placed in low water level where she began eating shrimp and squid once offered.  **This turtle has been PIT tagged before in the right rear flipper which indicates she was likely tagged while nesting before!

08/19/2019  Larissa started eating right away if placed in front of her face using a long placement feeding device. The water in Larissa's tank was raised 2 inches.

08/27/2019  Larissa has been doing very well, including eating on her own now. Her water is slowly being raised as she is slightly bouyant and still weak. Today she was started on injectable iron once a week.

09/10/2019  Larissa was moved from her original tank to a tank up front in our hospital so she can get some natural sunlight. The tank is at full water level, she is still eating well and continues to get Iron injections once a week.

09/17/2019  Larissa was given a dewormer and was started on an oral iron tablet once a day along with her iron injection once a week.

10/21/2019  Larissa was transferred into one of the large Medical Pools at Mote so she has more swimming room. She adjusted immediately to her new surroundings. At this point Iron injections have been stopped but oral iron will continue. Overall Larissa is doing very well but still needs to gain weight and a little more improvement on bloodwork.

12/08/2019  Larissa was pulled for bloodwork, weight, and had surgery on her Right Front Flipper to remove a protruding piece that potentially could get caught on things in the wild. She was placed back in her large Medical Pool afterwards.

01/01/2020  Larissa was pulled for bloodwork, weight, and to be moved to a different Tank more accessible to grab her for release if she is medically cleared soon. 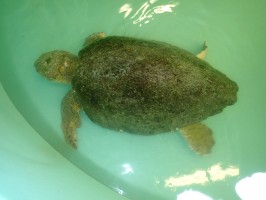 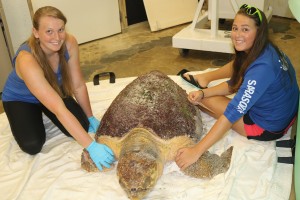 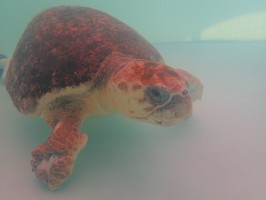 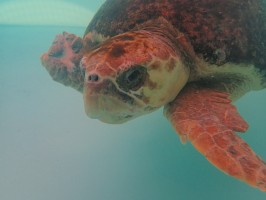 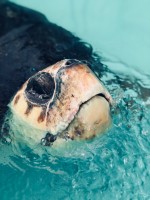 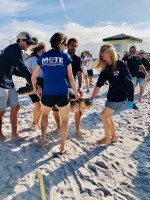