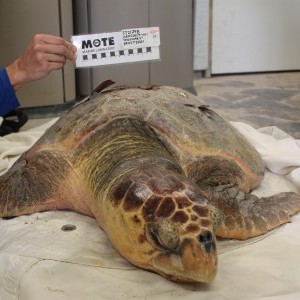 10/29/2021  Turtle was found washing ashore on the beach off Manasota Key Road in Englewood.  Animal was rescued and transported to Mote for rehab.  Exam findings indicate likely red tide toxicity.  Turtle's carapace does show evidence of a past boat strike which has since healed.  Rosemary was given subcutaneous fluids and was dry-docked overnight due to neurologic deficits.

10/31/2021  Rosemary was moved to a rehab. tank with very shallow water.  She will continue to receive subcutaneous fluids daily until neurologic signs improve and she is eating.

11/02/2021  Rosemary is much more active and has started eating small amounts of seafood when offered.   The depth of her tank is being slowly increased.

11/13/2021  Rosemary is eating well and foraging for all prey items offered.  Her tank is at full depth.  Blood work values are improving, so injectable antibiotics were discontinued. 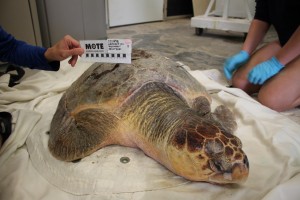 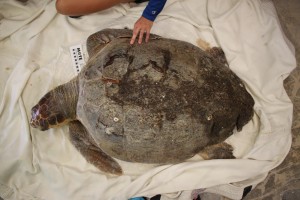