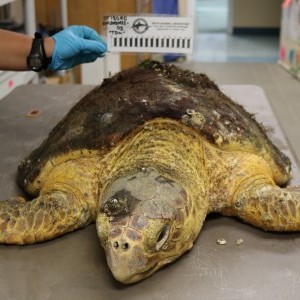 04/22/2018  Sea turtle was found floating around some docks at the Twin Dolphin Marina in the Mantee River.  Animal was transported to Mote for rehabilitation.  Physical exam revealed very extensive areas of necrotic tissue mostly on all four flippers.  There are also areas of dead bone on the plastron.  Animal was started on injectable antibiotics and was given subcutaneous fluids with dextrose.  Animal was put in a rehab. pool at low water level for the night.

04/23/2018  TDM (Twin Dolphin Marina) ate all food items offered!  Was given a dose of pain medication due to extensive injuries.

05/10/2018  TDM continues to eat well and spends the remainder of the day resting.  He is now receiving oral antibiotics instead of injectable to minimize handling.  The areas of necrotic tissue/skin are now starting to fall off.

06/29/2018  TDM is actively foraging for all food types and is gaining weight.  His wounds are continuing to heal well and do not appear to be spreading or worsening.  Antibiotics were discontinued. 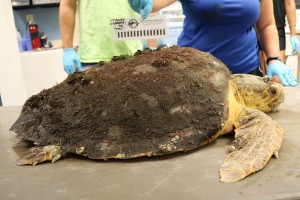 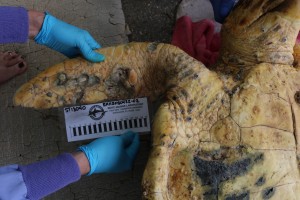 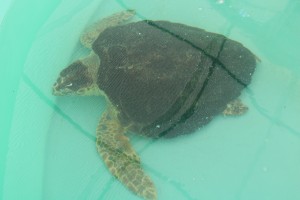