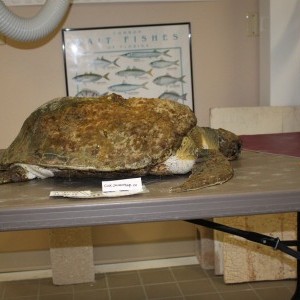 04/29/2018  A green sea turtle was found floating in the grass flats north of Bay Island near Siesta Key.  Animal was transported to Mote for assessment and rehab.  Physical exam revealed that animal had previous damamge to the rear end of carapace which caused it to be permanently misshapen.  The carapace was also covered in thick algae indicating the turtle had likely been floating for awhile.  There are also a small amount of fibropapilloma tumors present on turtle's soft tissue.

04/30/2018  Wiggles was started on injectable antibiotics and subcutaneous fluids daily until eating.  Is currently in a rehab. pool in shallow water due to chronic floating issue.

06/01/2018  Due to deformation of carapace, animal developed megacolon and is unable to defecate normally.  Turtle was humanely euthanized today due to poor prognosis. 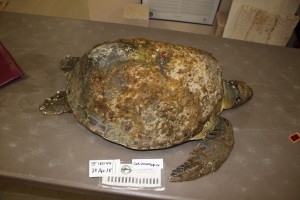 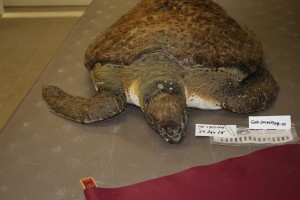