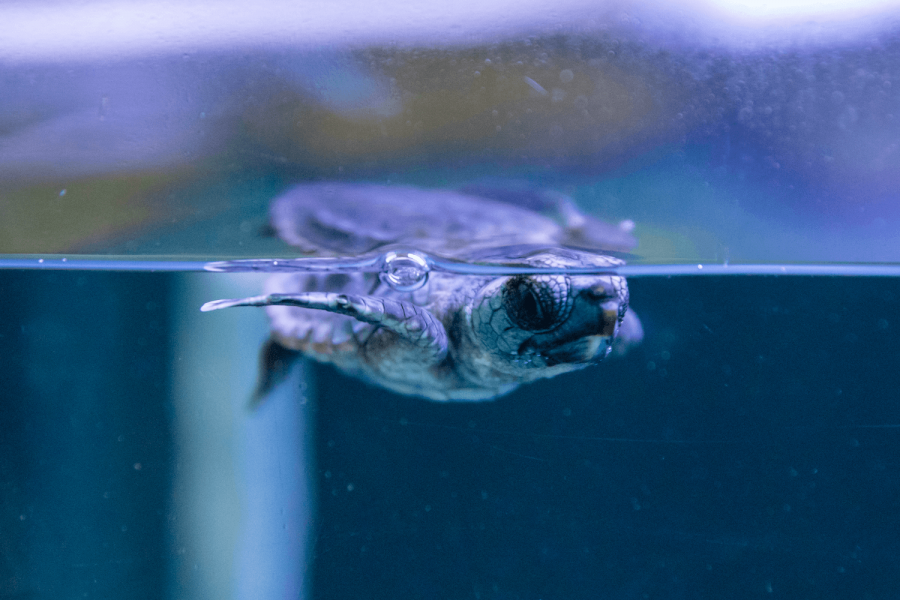 Mote’s Sea Turtle Conservation & Research Program (STCRP) has wrapped documenting the sea turtle nesting season on October 31, after monitoring 35 miles of beaches from Venice to Longboat Key since May.

These numbers put 2022 in the 4th highest nesting seasons documented throughout the program’s 40-year history. The success of recent nesting seasons could be a result of the long-standing program and local engagement, giving the next generation of sea turtles a better chance.

Senior Biologist & Conservation Manager Melissa Macksey is thrilled to see these numbers continue to rise, and is excited to see a growth in these sea turtle species populations. In particular, green sea turtle nesting numbers have dramatically increased in the last decade. This species recovery in the Gulf of Mexico shows conservation efforts are working and should be maintained.

At night STCRP staff have expanded tagging of nesting sea turtles to three beaches in Sarasota County: Siesta Key, Casey Key, and Venice. This year STCRP encountered the highest number of individuals (501) ever! Researchers identify unique turtles through flipper tags and use these data to answer questions about their behavior.

In addition to record nesting numbers, STCRP has also been busy tracking sea turtles. Over the course of the summer, Senior Biologist Kristen Mazzarella deployed new satellite tags on two previously tracked green turtles and five previously tracked loggerheads. These tags help to determine important nesting parameters including how many nests they lay, how often they lay and where they go when they are not nesting. These data are contributing to National Oceanic and Atmospheric Administration’s (NOAA) proposed critical habitat designation for the Northwest Atlantic green turtle population under the Endangered Species Act.

The public can see the tracks of turtles tagged by STCRP this year and in previous years at mote.org/seaturtletracking.

STCRP’s Postdoctoral Research Fellow Dr. Jake Lasala worked with six students this summer to answer novel questions about marine turtle biology and behavior. He also placed temperature data loggers in nests to identify nest temperatures in the region. These data are used by researchers to estimate how many male and female hatchlings are leaving our beaches.

Although Hurricane Ian made landfall in Florida on Sept. 28, nesting beaches documented by Mote luckily experienced the storm at the tail-end of nesting season. Without having seen any new nests since the last week of August, there were very few nests damaged and all of the research nests survived, resulting in minimal impact on the successful season.