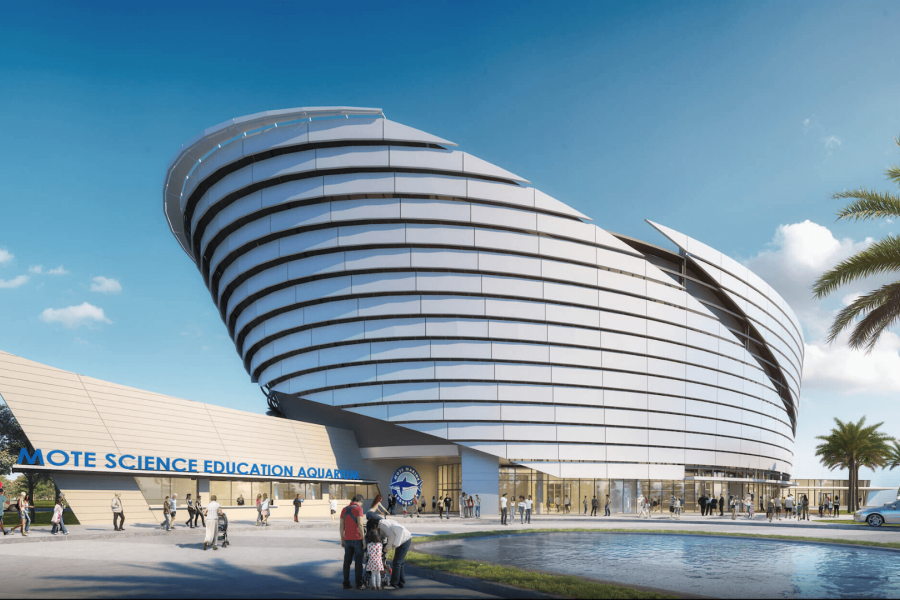 Mote Marine Laboratory & Aquarium is excited to announce a partnership with Florida Power & Light Company (FPL) for the new Mote Science Education Aquarium (Mote SEA) at Nathan Benderson Park. Through FPL’s charitable arm, the NextEra Energy Foundation, the company has committed $300,000 to Mote SEA to sponsor the planned eastern indigo snake and gopher tortoise exhibit, which will highlight the importance of these protected species to Florida’s ecosystems.

“We are so excited to have the enthusiastic support of FPL for Mote SEA,” said Mote President & CEO, Dr. Michael P. Crosby. “They’ve been our partner for over 20 years, as our scientists have long visited FPL’s coastal power plants to conduct invaluable manatee research at these warm-water refugia. We’re glad to have them on board at Mote SEA to highlight some of Florida’s other notable species.”

Gopher tortoises and eastern indigo snakes are both critical species throughout the southeast United States, including Florida. Over 350 species utilize the burrows created by gopher tortoises, including the eastern indigo snake, and the Mote SEA habitat will showcase this cohabitation, called commensalism. With the number of animals that depend on these burrows for survival, gopher tortoises are considered a keystone species, and protecting them in turn protects the animals that depend on them.

The exhibit at Mote SEA will serve to educate visitors on the threats facing these two protected species, which mainly include habitat loss and degradation.

“As FPL continues to invest in improvements to deliver clean, affordable and reliable power in Florida, we always work alongside wildlife agencies to implement smart conservation measures for many species, like gopher tortoises and the eastern indigo snake,” said Kate MacGregor, vice president of environmental services for FPL.  “We are proud to partner with Mote SEA and share in the mission of educating and engaging aquarium visitors about some of Florida’s most iconic species.”

A groundbreaking ceremony was hosted in Nov. 2020 to celebrate the beginning of construction for Mote SEA. Currently in the first phase, a new parking lot and other site work have been completed at the aquarium’s future home at Nathan Benderson Park, a nexus location between Sarasota and Manatee counties and along the I-75 corridor. The rebirth of Mote Aquarium as Mote SEA will not only expand the size and number of animals exhibited, but will also double the number of visitors to approximately 700,000 people per year. Mote SEA will also feature STEM teaching labs and provide marine science education to area schoolchildren free of charge. Learn more about Mote SEA at moteoceansforall.org

Check out the new 3D virtual tour of Mote SEA below!