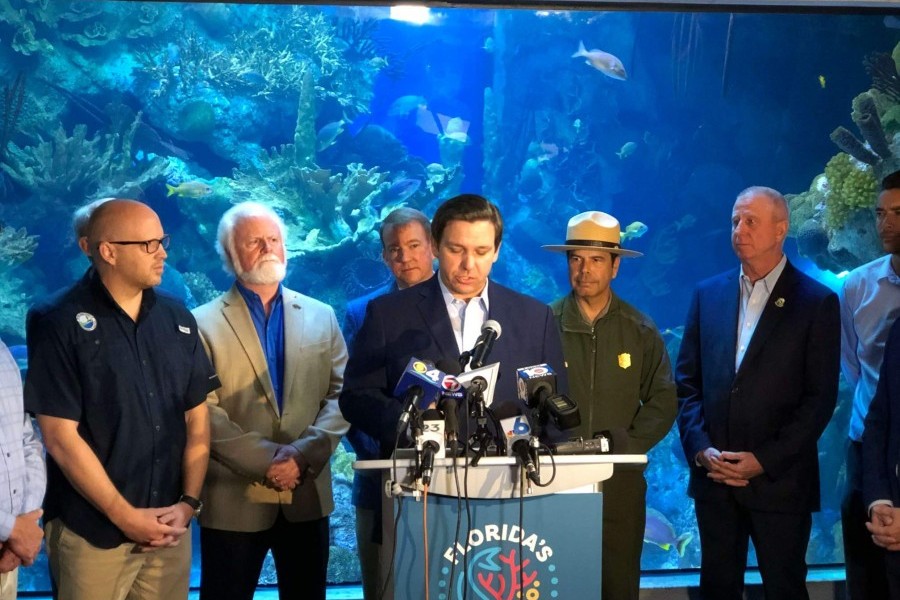 “Florida is proud to be the only state in the continental U.S. with a nearshore coral reef,” DeSantis said in the state news release. “That is why today I am excited to help kickoff of ‘100 Yards of Hope,’ a coral restoration project by the veterans of FORCE BLUE, and announce a new initiative to promote awareness and protection of Florida’s Coral Reef ecosystem. By protecting and restoring Florida’s coral reef, we are protecting a state treasure. Florida is not Florida without its coral reefs.”

DEP Secretary Noah Valenstein described the new awareness campaign in the news release: “Our goal with this campaign is to show Floridians how important this reef system is to protect our coastal communities from extreme weather, shoreline erosion, and coastal flooding. We are eager to showcase the critical ongoing efforts to protect this one-of-a-kind Florida treasure.”

Mote President & CEO Dr. Michael P. Crosby emphasized the critical value of leadership and partnership for addressing the grand challenges affecting Florida’s reefs. “Florida’s coral reefs are facing a real threat of functional extinction that requires a strategic response bigger than any one institution or agency, and the energetic support of every resident and visitor to our state. Mote applauds the leadership of Governor DeSantis, DEP Secretary Valenstein and FWC Executive Director Eric Sutton in building a partnership of diverse organizations to both enhance public awareness and provide science-based responses to restore the sustainable vitality of the Florida coral reef tract.  We are pleased to be part of this collaborative partnership utilizing collective, cohesive voices will help explain real-time issues facing our coral reef tract with actionable ways to make a real difference for one of our nation’s treasures.” 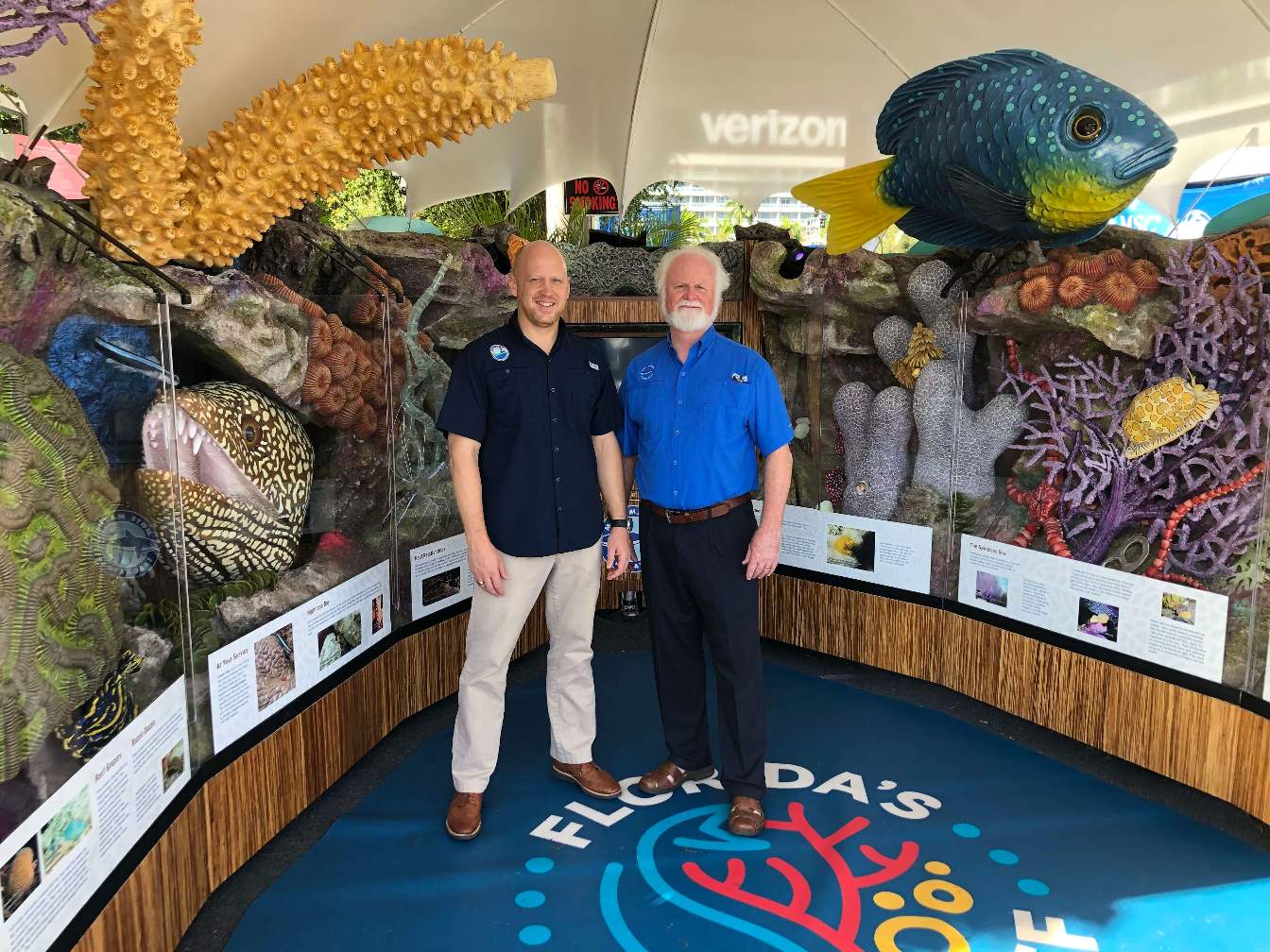 Beyond participating in the campaign Florida’s Coral Reef, Mote scientists have been leading, and continue to expand, multiple efforts in coral reef research and science-based coral restoration: