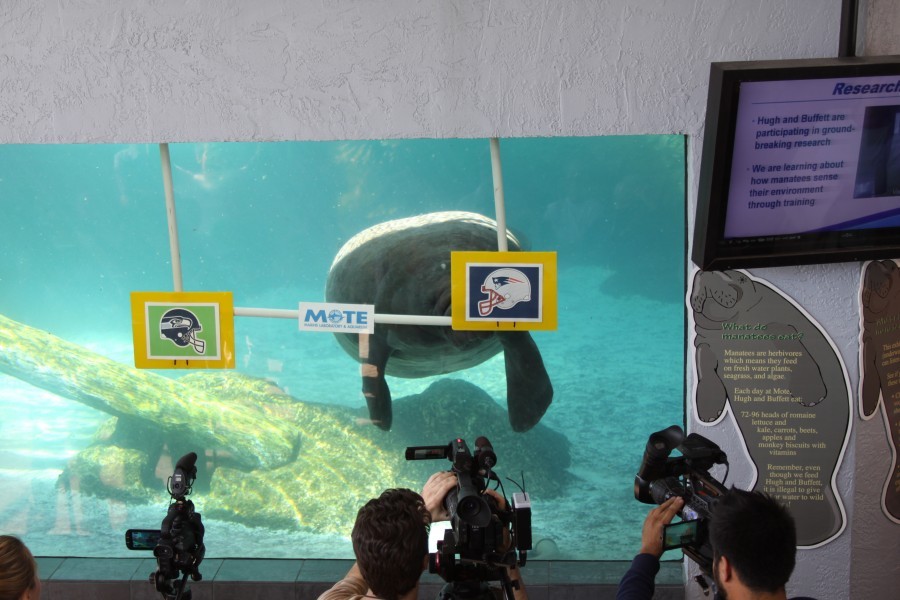 The New England Patriots won Super Bowl XLIX — as predicted by one Florida manatee that has guessed the winning team for seven of eight years.

Buffett, a manatee living with his half-brother Hugh at Mote Marine Laboratory and Aquarium in Sarasota, Fla., picked the Patriots on Jan. 29. Hugh selected the Seahawks.

Each manatee swam toward one of two targets showing the teams' logos, drawing excitement from visitors at the public Aquarium.

2015 marks the manatees’ eighth year of Super Bowl predictions. To date, Buffett has picked correctly for seven of eight years, and Hugh has five correct guesses and three incorrect.

Aside from being sports fans, Hugh and Buffett are the world’s most extensively trained manatees. Training helps their veterinary care run more smoothly and allows the two manatees to participate in innovative research about their senses, such as hearing and touch, and about their physiology.

For more than 15 years, researchers at Mote have studied how manatees perceive and navigate their underwater world, where boat strikes and other threats are common. Mote’s research is designed to help resource managers protect these endangered mammals.

Mote cares for Hugh and Buffett and allows them to participate voluntarily in research under required permits from the United States Fish and Wildlife Service.