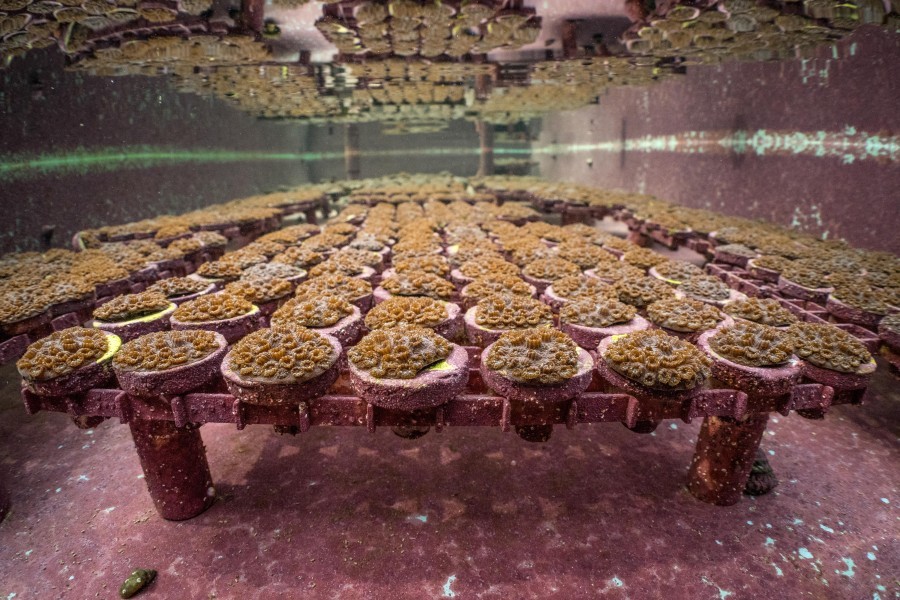 As coral reefs, our “rainforests of the sea”, decline around the world, researchers, restoration practitioners, environmental managers, government regulators, and more race against the extinction clock. The International Coral Reef Initiative (ICRI) brings together nations and organizations to preserve coral reef ecosystems, and the work of this international collaborative effort is regularly recognized by the United Nations. Mote Marine Laboratory & Aquarium, which has been pushing the frontiers of coral research and restoration techniques for decades, has been accepted as a member into ICRI, recognizing Mote’s position as a worldwide leader in coral conservation and research.

“At Mote, we’re working on a multi-pronged approach with our partners to restoring our reefs to vibrant health once again: asexual and sexual reproduction strategies, disease and health research, preserving genetic material, habitat restoration and monitoring, and more,” said Mote’s President & CEO, Dr. Michael P. Crosby. “I was lucky enough to serve in a leadership role with the U.S.’s original coral reef initiative, so I’m excited to for it to come full circle as Mote becomes a member of ICRI. Our research-based restoration efforts at Mote are only strengthened by our partnerships, which span the globe, so we are very honored to join the other countries and organizations involved with ICRI.”

“We were very eager to accept Mote as a voting member of ICRI, as they are known for their innovative strategies that tackle some of the major problems facing Florida’s Coral Reef, which could be applied worldwide,” said Francis Staub, ICRI Secretariat. “Our current Secretariat is focused on resilience-based management for coral reefs, and given Mote’s body of work is focused on using heat-tolerant, acidification-tolerant, and disease-resistant corals in their restoration efforts, and as ICRI continues to work towards collaborative solutions and management strategies, we are pleased that an esteemed lab such as Mote will be able to lend their expertise with the rest of our membership.”

In 2020, Mote’s decades of coral restoration efforts came full circle, as for the first time ever on Florida’s Coral Reef, previously restored mountainous star corals spawned on their own in the wild. These fragments had been planted just five years earlier, and had reached sexual maturity decades faster than this species of coral typically reaches on its own. This momentous occasion signified that restoration techniques employed by Mote are extremely effective, and that is possible for corals to “take over” restoring the reef on their own one day. Read more about this momentous occasion in this feature article from The Scientist.

To learn more about the International Coral Reef Initiative and their efforts to preserve worldwide coral reefs, visit icriforum.org