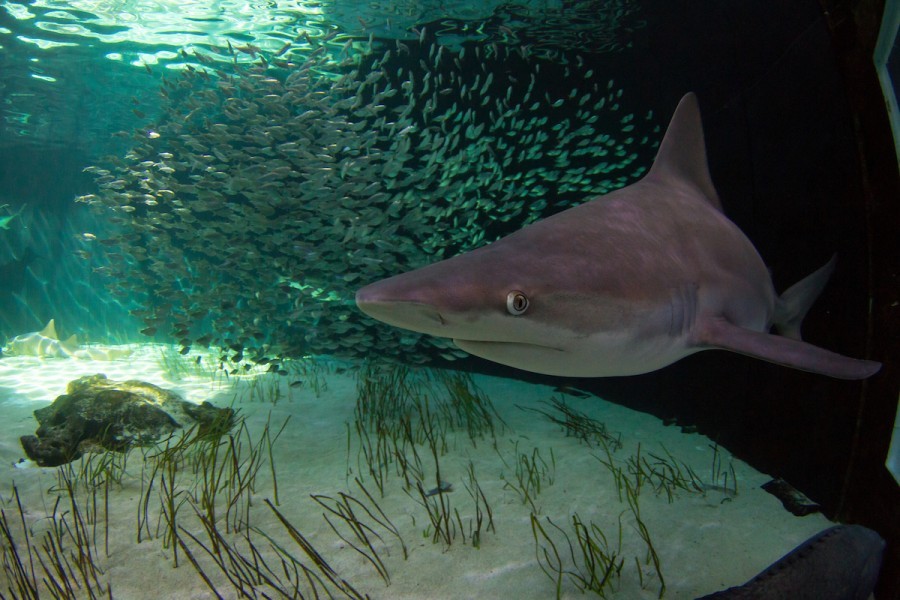 Mote Marine Laboratory & Aquarium is pleased to announce the support of Greg Manocherian, a long time shark conservationist. His support will aid the Sharks and Rays Conservation Program and the more than 20 other research and conservation programs that span the spectrum of marine science at Mote.  “Greg continues to be a great friend to me, as well as to the sharks, and I look forward to many more decades of successful shark conservation together,” said Dr. Demian Chapman, Mote Marine Laboratory Senior Scientist and Director of the Sharks and Rays Conservation Program.

Greg Manocherian has been involved with shark conservation for nearly two decades and he has had some truly remarkable impacts. In his first major shark project he supported efforts to list great white sharks on the Convention on International Trade of Endangered Species (CITES), which was realized in 2004. Notably, he funded one of the first satellite tracking studies of great whites, which was published in the prestigious journal Science. He also supported the development of a DNA test that helped enforcement officers detect illegal trade of this species. After the great white was listed on CITES, Mr. Manocherian supported initiatives that led to CITES listings for additional threatened shark species including makos, hammerheads, threshers and oceanic whitetips. He has also supported implementation efforts including identification guides and DNA tests that enabled enforcement of these CITES trade restrictions.

Most recently, Manocherian helped to spearhead a grassroots collaboration between researchers, shark fishers and the government in Belize, Central America, to secure 1,500 square miles of protected areas for sharks. This initiative follows in the footsteps of his good friend, Dr. Alan Rabinowitz, a world-renowned big cat conservationist who secured a protected area for jaguars in Belize decades earlier. The new shark protected areas create a safe-haven for these predators with the Mesoamerican Barrier Reef World Heritage Site, the second largest barrier reef on Earth.

“Greg Manocherian is a shining example of a visionary philanthropic leader who truly understands and embraces the importance of innovative science as the foundation for paradigm-changing strategies in global shark conservation”, said Dr. Michael P. Crosby, President & CEO of Mote Marine Laboratory and Aquarium. “We are honored and proud to have him part of our Mote family!”