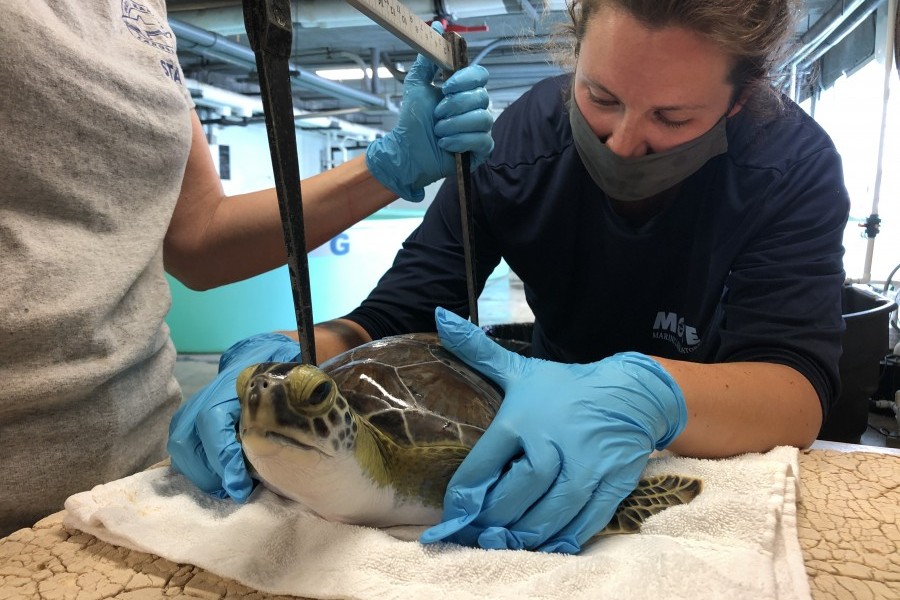 A green sea turtle is measured prior to release

Join us in saying "best fishes" to seven juvenile green sea turtles that were released on May 6, 2021, from Ormond Beach.

The seven turtles came to Mote's care after stranding on the east coast of Florida due to cold stress. Cold stress can be potentially fatal as the turtle's body functions slow down, leaving it susceptible to predators and boat strikes, allowing for algae to grow on their backs, and more.

After being cleared for release, the seven turtles were given a last physical check and implanted with a PIT tag (passive integrated transponder). These small microchips function much like a pet microchip does, so the animals will be able to be identified if they strand again.

The nicknames of the turtles released today were: Apo, Andros, Hana, Osprey, Pulley, Rowley, and Sombrero. Read more about each patient, and the others remaining in Mote's care, at mote.org/hospital.

Late 2020, Mote also received over 20 Kemp's ridley sea turtles as part of a cold stun event in Cape Cod. Read more about the release of nine of them here.