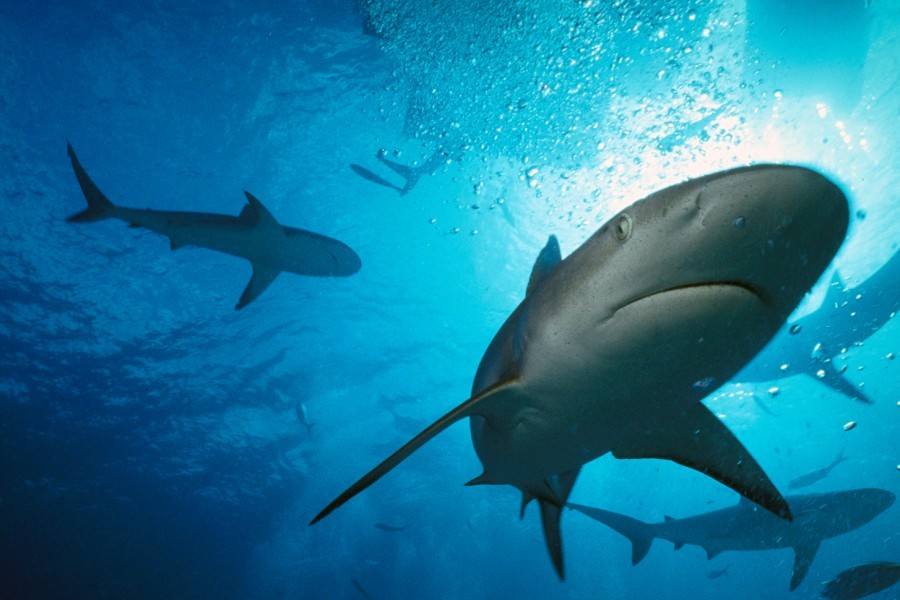 Great white sharks Katharine and Betsy have quite a “fin” club & people around the globe are following their migrations online through OCEARCH — the group that led the charge to track them. On June 19 the sharks were featured on NBC’s Today when the show interviewed one of the scientists studying them: Dr. Robert Hueter of Mote Marine Laboratory.

Visit NBCNews.com for breaking news, world news, and news about the economy

“Ever since the team expedition to tag these big girls, we have been amazed by how the public has embraced them and followed their story,” Hueter said. “That kind of curiosity and appreciation is just what drives us, as scientists, to study these huge animals and value them both as unique individuals and as important members of our ocean ecosystems.”

Betsy and Katharine were each fitted with multiple scientific tags during the OCEARCH-led expedition in August 2013 off Cape Cod. The scientific team included Drs. Hueter and Nick Whitney from Mote’s Congressionally designated Center for Shark Research along with scientists from the Massachusetts Division of Marine Fisheries, Woods Hole Oceanographic Institution and many other researchers and institutions.

The researchers fitted Betsy and Katharine’s dorsal fins with satellite transmitters to track their positions for up to five years, along with motion sensors called accelerometers to detect their fine-scale movements for a short time.

Betsy, an immature female measuring 12.5 feet long and weighing 1,400 pounds when tagged, has spent long periods off the radar, rarely surfacing so her tag can signal its position to scientists. Betsy’s latest ping, on June 5, showed that she was far west of Naples, Fla., swimming near the edge of the continental shelf in the Gulf of Mexico.

Katharine, a nearly mature female measuring 14 feet, 2-inches and weighing about 2,300 pounds when tagged, has been dubbed a “finner” because she frequently surfaces and signals her position. Katharine’s latest ping, on June 23, showed that she was also far offshore over the edge of the shelf, south of Panama City.

Recent headlines are full of predictions about their movements, but Hueter says only the sharks know where they’re headed next. Speculation that one or both sharks might head to Texas was premature, as both have remained in the eastern Gulf so far and have yet to show any signs of moving farther west.

“Every movement they make has the potential to surprise us and teach us something new,” Hueter said. “We have known for awhile that white sharks enter the Gulf of Mexico, but knowing exactly where they go and when depends on doing more research like this.

“The fun part is watching how people around the Gulf are rooting for these animals. They’re getting a warm welcome that few sharks have enjoyed before now.”

Follow Betsy, Katherine and other tagged sharks via the OCEARCH Global Shark Tracker at https://www.ocearch.org/tracker/?list/

And, as they say, there’s also an app for that — you can download it for free from your app store.