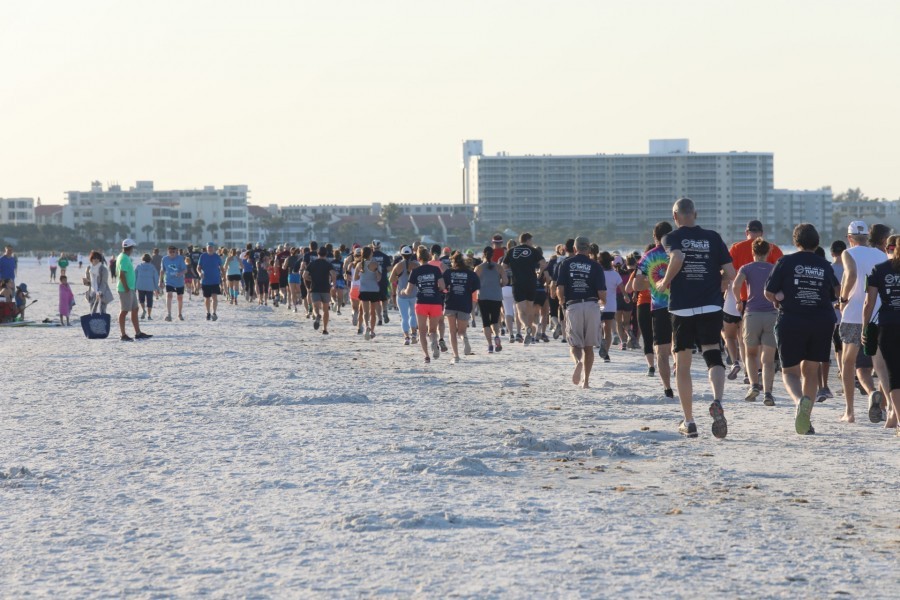 April 6, 2019 – Today, Mote Marine Laboratory’s 33rd Annual Run for the Turtles hosted over 1,000 runners, both on Siesta Key Beach for the 1-mile fun run and Manasota Track Club-Sanctioned 5k and across the globe with the first ever virtual run.

All three run types brought a huge variety of runners and walkers. Ages ranged from one to 97 years old. Virtual runners spanned the globe, including a team of runners in Denmark. This year marked the first year that a virtual run was offered. Both the virtual run and the events on Siesta Key sold out prior to race day.

The 33rd Annual Run for the Turtles was one of the most successful runs in the history of the event. While final amount is still being tallied, over $40,000 was raised for Mote’s Sea Turtle Research & Conservation Program (STRCP)! This annual event provides major support for STRCP, which conducts daily surveys of 35-mile of beach during turtle nesting season, as well as tags and satellite-tracks turtles.

In 2018, STRCP had their third best nesting year in the history of the program, with 3,151 nests in the 35-mile stretch of beach that the program monitors. In the past 37 years of the program’s history, STRCP has monitored over 98,000 turtle crawls, tagged over 4,000 sea turtles, and protected more than 2.5 million sea turtle hatchlings. Learn more about the program at mote.org/research/program/sea-turtle-conservation-research

Sea turtle nesting season kicks off in southwest Florida May 1 and runs through October 31. On nesting beaches, light from waterfront properties can disorient nesting female turtles and their young, which emerge at night and use dim natural light to find the sea. Also, beach furniture, trash and other obstacles can impede sea turtles and their young.

See the full results at accuchip.racetecresults.com/Results.aspx?CId=16337&RId=285