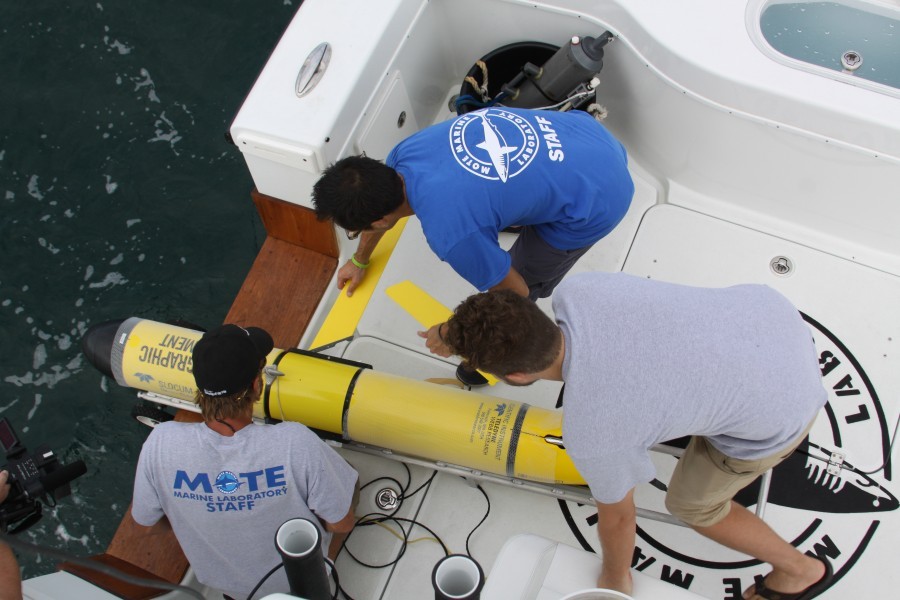 The glider’s name honors Dr. Eugenie Clark, the world-renowned “Shark Lady” who founded Mote in 1955 and died in 2015. The name was chosen by 5th-grade science students at Annie Lucy Williams Elementary School in Parrish during Mote’s naming contest among nine classes from five Sarasota-Manatee schools. The winning students will receive tickets to Mote Aquarium and participate in a video chat with the scientist operating Genie.

Genie is an autonomous underwater vehicle (AUV) that resembles a yellow torpedo 4.9 feet (1.5 meters) long and is one of two AUVs operated by Mote. She carries instruments that can monitor the abundance of microscopic plant-like organisms called phytoplankton, including the toxic algae K. brevis, which causes Florida red tides that can be harmful to marine life and people. Genie’s instruments also monitor water temperature; depth; salinity; CDOM, colored dissolved organic matter, which can indicate runoff from land that might govern phytoplankton growth, and turbidity, which can indicate sediments being re-suspended in the water and that could be influencing algal blooms. In addition, Genie carries an acoustic receiver designed to detect fish tagged by researchers. This will help Mote scientists and others study fish migration patterns.

Genie was launched by boat today, Nov. 9, about 20 miles off northern Sarasota County, and will spend 15 days at sea. She will increase and decrease her buoyancy to move up, down and forward through the water, traveling southwest as far as 100 miles offshore. Then she will head east so Mote scientists can retrieve her offshore of Englewood. Genie’s instruments can collect data every second. Every four hours, the satellite transmitter in her tail will send some data to Mote scientists with more data stored on the AUV’s memory card for analysis after the mission.

“Genie is traveling through an area that we’ve been monitoring for years — she’s helping us paint a picture of the present and long-term patterns that many different scientists study, often with the aim of producing models and forecasts that benefit the public,” said Dr. Jordon Beckler, postdoctoral scientist in Mote’s Ocean Technology Program. “For example, we hope Genie will travel through the patches of Florida red tide algae that have recently accumulated off Southwest Florida. This can help us monitor current conditions and provide information to partners who generate short-term forecasts of red tide. It also helps us work toward answering the much tougher, long-term question: Why do Florida red tides behave the way they do?”

No two red tides are exactly the same, but Mote scientists and their colleagues have gained valuable insights over years of work. For instance, a multi-institution study published in 2014 revealed that the natural and manmade “food” sources for the Florida red algae are more complex and diverse than ever-before realized. There may never be a single, simple answer for what triggers, perpetuates and concludes a Florida red tide, but research suggests that Florida red tides start offshore, away from manmade sources of nutrients, and sometimes move toward shore, where they can be exacerbated by both manmade and natural nutrients from land. Today, Mote studies Florida red tide from many angles. Beckler is studying how iron and other nutrients from sediments might contribute.

However, Beckler notes: “Genie’s mission is not just about answering one research question. The many kinds of data we can gather — temperature, salinity, water movement — can be used in a lot of beneficial projects. We make the data available online where anyone can use it.”

The information the AUV gathers will be shared through the online data portal created by GCOOS, the Gulf of Mexico Coastal Ocean Observing System. GCOOS was created in 2005 as part of a national movement in the U.S. to develop regional ocean observing capabilities and systems to provide timely information about oceans for users in the oil, gas and maritime industries, for recreational boaters and ocean users and for resource managers in government tasked with protecting and sustaining vital natural resources.

“We know that red tides can be harmful to public health, so it’s very important that we have methods to track a bloom’s movements in the Gulf — and that we report that information to the public and to resource managers as soon as its available,” said Dr. Barbara Kirkpatrick, GCOOS Executive Director. “That’s one of the benefits that GCOOS is able to provide to research organizations like Mote as well as the community overall — we provide a clearinghouse where researchers, managers and the public can access information when they need it, as soon as they need it.”

Visit GCOOS online at gcoos.org. Data from all gliders operating in the Gulf are reported at http://products.gcoos.org/gliders.

The current AUV mission is funded by the Florida Fish and Wildlife Conservation Commission (FWC), which partners with Mote through the FWC-Mote Red Tide Cooperative.

The most fun use of Genie’s data will be educating 5th graders from Williams Elementary about ocean technology. Beckler and educators in Mote’s digital learning program, SeaTrek, are planning and scheduling their video chat with the students. This open, educational conversation between school kids and a working researcher will carry on a tradition that started with Dr. Eugenie Clark: sparking scientific curiosity in the next generation.

“It is important that we continue to encourage children to learn more about the world around them in order to help them understand world stewardship," said Connie Dixon, Principal of Williams Elementary. "Partnering with Mote Marine Laboratory to name ‘Genie’ seemed obvious for us, as the school and Mote both work to provide resources to grow and support students' curiosity about the world around them — including the underwater world.”

Mote offers a huge THANKS to all of the Sarasota/Manatee schools that participated in the contest to name this new AUV. 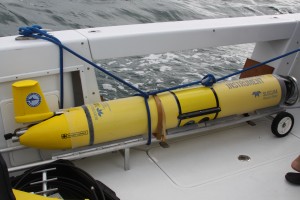 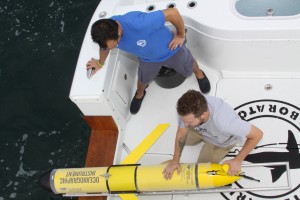 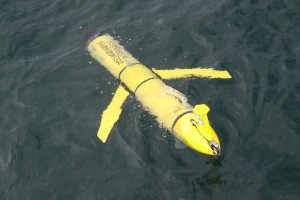 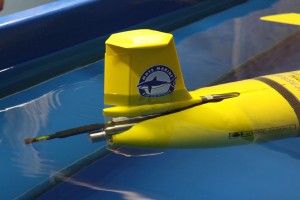