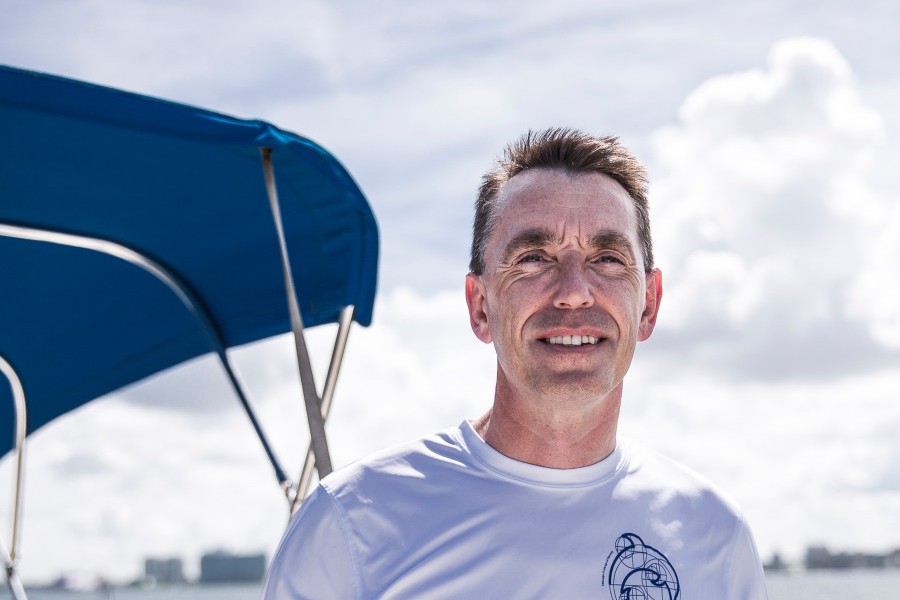 Nigel Mould was recently declared Volunteer of the Year in Sarasota Magazine's annual Guide to Giving for his dedication to the Sarasota Dolphin Research Program (SDRP) and Mote Marine Laboratory.

Mould volunteers about 300 hours per year with SDRP, a collaboration between Mote and Chicago Zoological Society that is the world’s longest-running study of a wild dolphin population. He volunteers another 500 hours each year with Mote, an internationally recognized, nonprofit marine science and education institution.

With SDRP, Mould helps with dolphin rescues, health-related research and population monitoring, along with prey-fish surveys. At Mote, Mould has volunteered in animal care, guided visitors in Mote Aquarium, provided outreach through Mote's Speakers Bureau and helped with special exhibits.

Mould served as Mote's Volunteer Board President from 2010 to 2012, and he is now a Mote Trustee and Chair of Mote's Development Committee.

Mould is also a supporter of sustainable technology and practices, including electric vehicles and solar energy. He is co-leading the Sept. 20 event Electrify the Island at Mote.