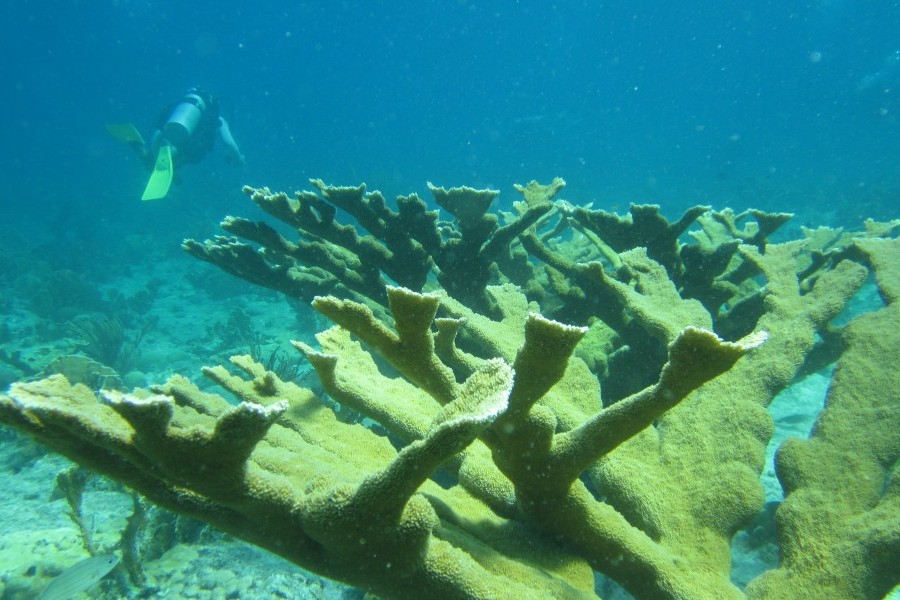 NOAA Fisheries recently released its recovery plan for elkhorn coral (Acropora palmata) and staghorn coral (Acropora cervicornis), identifying criteria that must be met for these branching corals to be removed from the list of threatened species under the Endangered Species Act.

Coral reefs are critical to the health of marine ecosystems and economically valuable to coastal communities around the world. They provide food and shelter for more than 25 percent of marine fish and up to two million marine species, protection for shorelines against effects of major storms and about $483 million annually to the U.S. economy through tourism and recreation, NOAA said.

The new plan contains two dozen actions needed to recover the species, and it addresses research and monitoring, ways to reduce threats and enhance populations by growing corals in nurseries and putting them back onto the reef.

Scientists at Mote Marine Laboratory — an independent, nonprofit marine science institution with six Florida campuses from Sarasota to Key West — wrote portions of the staghorn and elkhorn coral recovery plan and conducted research that helped inform its recommendations. Mote, which announced exciting plans for expansion this year, is carrying out innovative coral science and restoration projects at its research facility on Summerland Key that are relevant to the recovery plan.