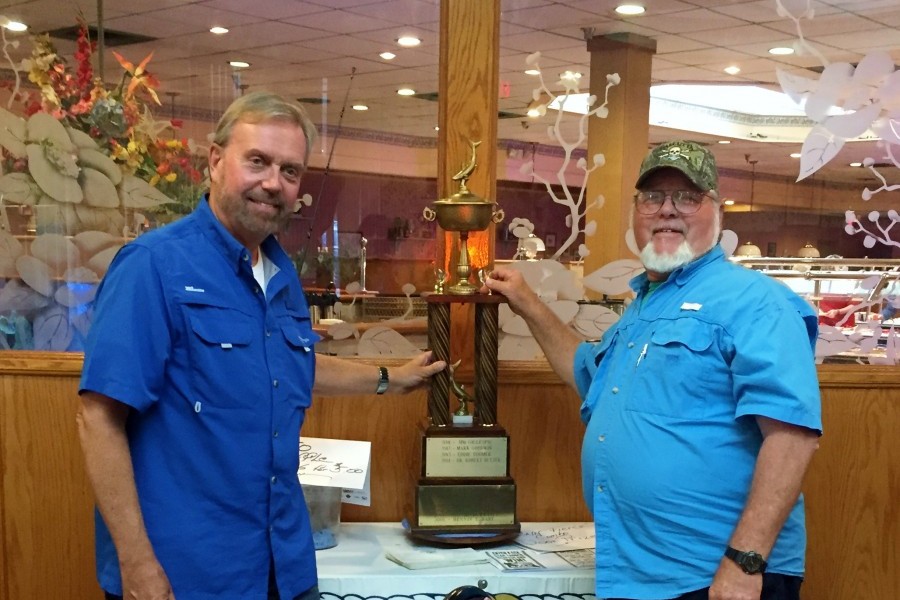 “His outstanding record of service in education to the local fishing community is what led the club to choose him,” said Roger Regensburg, president of the Club.

Hueter, Director of Mote’s Center for Shark Research, has studied sharks for more than 40 years and is internationally recognized for his work in shark biology, behavior, ecology, fisheries science and conservation. He worked with Southwest Florida anglers to carry out the world’s first all-release shark tournament, Mote’s science-focused Gulf Coast Shark Census, from 1989-1998. Since then he has co-organized or contributed to several other all-release tournaments where anglers support research, including the Guy Harvey Ultimate Shark Challenge in Southwest Florida and the Shark’s Eye All-release Tournament in Montauk, NY. Hueter has conducted shark research on six of the seven continents, and he currently focuses on studying shark populations in the U.S., Cuba and Mexico, using scientific tags and other methods to shed new light on shark migrations and life history and help advise fisheries managers.

“I was really touched to receive this award from the Sarasota Sportfishing Anglers Club because it has gone to many of my local fish conservation heroes before, many of whom helped Mote in the past with our conservation efforts,” Hueter said.

The Club’s Don Roehr Memorial Conservation Award is a testament to leading anglers and other individuals embracing marine fisheries conservation, Hueter said. The trophy, which is passed to a new honoree each year, was formerly the first prize for a local fishing tournament where sharks were killed and landed. In 1988, responding to rising concerns over shark populations threatened by overfishing, that tournament began requiring that all sharks be released. The trophy was converted into an award for conservation efforts and in 1990 was dubbed the Don Roehr Memorial Conservation Award in honor of a prominent Sarasota fisherman and community leader.

One of the first Don Roehr award winners was Terry Copeland, a Sarasota angler who took up the cause of fisheries conservation and worked closely with Mote. He helped develop the Florida Conservation Association, which later became part of the Coastal Conservation Association, and he chaired the Gulf Coast Shark Census, working with Hueter. Copeland passed away in 2014. At its height, the Census involved 180 anglers fishing from Tarpon Springs to Cape Sable, Fla.

“In the Census, anglers helped us learn quite a bit about distribution of sharks and their nursery grounds,” Hueter said, referring to the places where young sharks start life — critical areas for conservation. “We required 100 percent catch-and-release for the first time in a shark tournament, and we required non-stainless steel, circle hooks. The most important impact of the Census was from involving anglers in public outreach and sharing the message of shark conservation, which remains important to this day.”