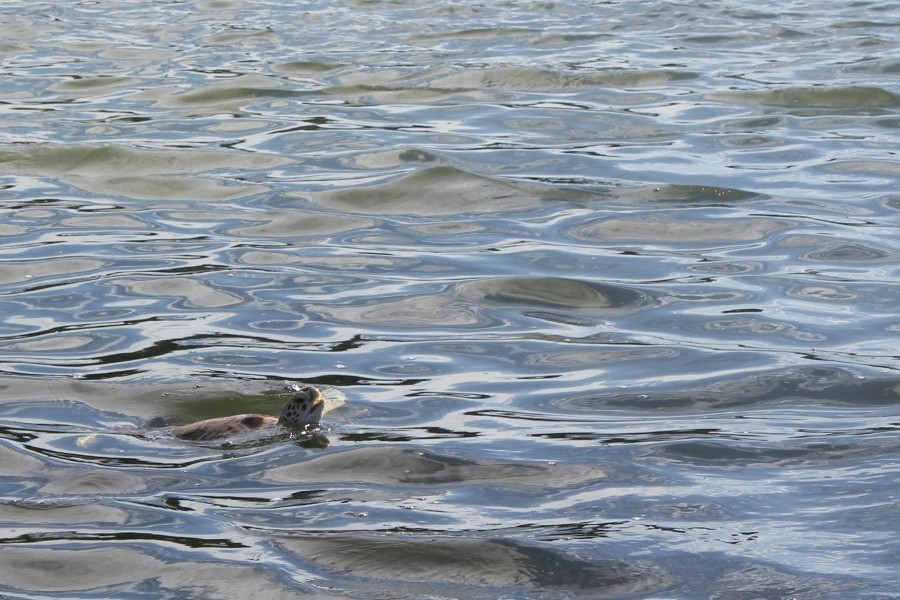 The juvenile green sea turtle, nicknamed “CJ,” was found with a severe boat strike injury on Sept. 28, 2013 at a dock near Mote’s buildings on City Island, Sarasota. On Monday, after a year in Mote’s Sea Turtle Rehabilitation Hospital, CJ swam home to the wild.

“Wow, it was such a great feeling to watch CJ swim off,” said Tom Waldrop from Mote, who released CJ alongside his co-worker, Mike Leworthy. The injured turtle was initially discovered by Waldrop, who serves as Sturgeon Production Manager at Mote’s sustainable fish farming facility, Mote Aquaculture Park, and Leworthy, a technician at the facility. “I’m really grateful to our animal rescue and rehabilitation staff for all the care and time they dedicated to getting CJ back into the water,” Waldrop said.

“CJ’s release went very well,” said Lynne Byrd, Rehabilitation and Medical Care Coordinator for Mote. “After entering the water, CJ circled back for a moment and gave us another chance to say goodbye.”

CJ’s upper shell — once damaged so severely the turtle’s lungs were visible — looked whole and clean on Monday. CJ had also grown and gained healthy weight at Mote. The turtle arrived weighing 12 pounds and returned to sea weighing more than 18 pounds.

CJ’s story serves as a reminder to be vigilant for marine life while boating. About 25-30 percent of all animals rescued or recovered by Mote’s Stranding Investigations Program bear signs of boat strikes, entanglement in fishing gear or other human interactions.

Within Sarasota or Manatee county waters, if you see a stranded or dead sea turtle, dolphin or whale, please call Mote's Stranding Investigations Program, a 24-hour response service, at 888-345-2335. 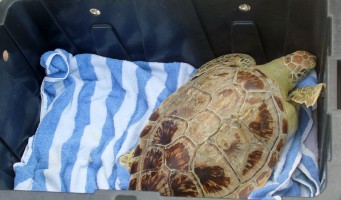 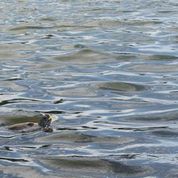 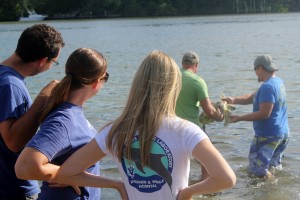