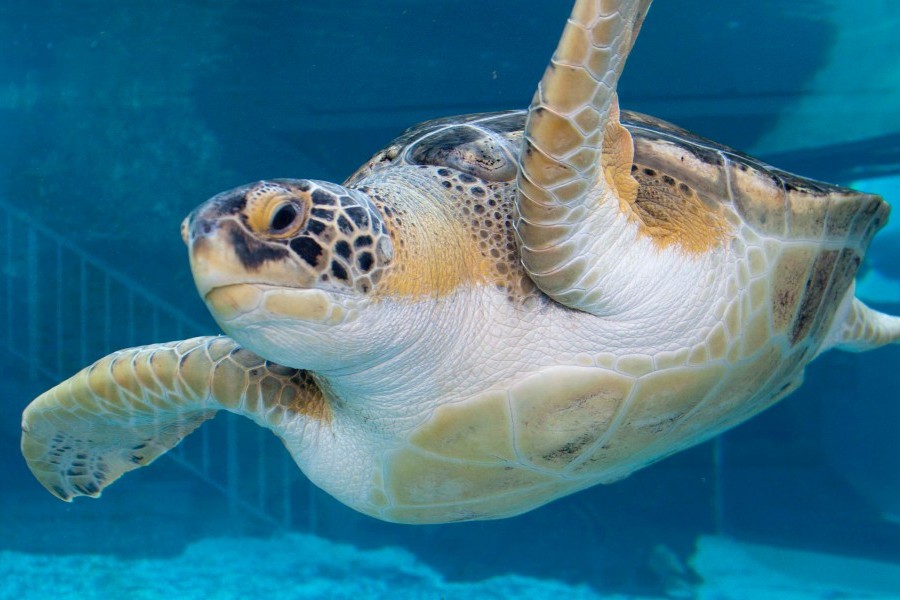 Perrault, along with Drs. Cathy Walsh and Jen Yordy, analyzed blood samples collected from Kemp’s ridley sea turtles in Charlotte Harbor between 2011-2013—which coincided with two large red tide blooms in the Gulf. The blood samples were the first to show brevetoxin concentrations in free-ranging sea turtles of any species. (Brevetoxins are the toxins produced by Florida’s red tide.)

The results showed that brevetoxins are diluted in larger sea turtles that have more blood volume—an indication that smaller, juvenile turtles may be more susceptible to illness from exposure.

The results also indicate that marine turtles can handle some exposure to red tide’s toxins and suggest that there are thresholds at which the toxins are great enough to be lethal or make the turtles become ill and subsequently strand. They also indicate that more studies should be undertaken to understand whether the brevetoxin exposures have non-lethal effects on the turtles’ immune systems.

The study is important for understanding how red tide affects sea turtle species—which are listed as threatened or endangered. The samples were collected during a joint study led by Dr. Tony Tucker, formerly of Mote, and Dr. Jeff Schmid, of the Conservancy of Southwest Florida, of Kemp’s ridley turtles at what is believed to be an important feeding ground in Charlotte Harbor.