All episodes of “Two Sea Fans” are © Mote Marine Laboratory. If you have questions, comments or an interest in featuring "Two Sea Fans" on your website, please contact Hayley (hrutger@mote.org) and Joe (videojoe@mote.org). 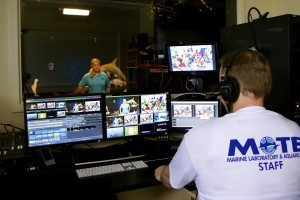 Does a “virtual field trip” sound fun? Then dive deeper with Mote’s SeaTrek.TV! This digital learning program led by Kasey Gaylord-Opalewski and Jason Robertshaw uses video chat platforms like Skype and Zoom to share marine science with kids and adults around the world. SeaTrek.TV programs have ranged from live-streaming conversations with a shark scientist at sea to studio-based chats with experts on jellyfish, corals and other marine life, along with glimpses into cool behind-the-scenes spaces such as Mote’s collection of dolphin and whale bones. Listen as Kasey and Jason share their SeaTrek smarts with “Two Sea Fans” hosts Hayley and Joe — who have clearly met their match. Learn more at SeaTrek.TV and check out related teacher professional development programs here. 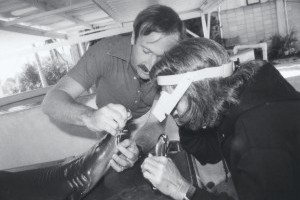 Photo copyright: Mote Marine Laboratory. Meet a research pioneer with 38 years of history at Mote Marine Laboratory. In 1979, Dr. Carl Luer founded Mote’s Marine Biomedical Research Program, which investigates subjects such as cancer and infection using marine organisms — particularly sharks, stingrays and skates — rather than classic lab animals such as rats or rabbits. Luer arrived a year after Mote moved to its current home on City Island, Sarasota. Back then, the Lab’s second floor was partially complete, the staff comprised fewer than 20 people (compared with more than 200 today) and the campus grounds were wilder — occasional rattlesnakes and all. Tune in as Luer shares his history and scientific advances through teamwork with Mote’s Marine Immunology Program manager, Dr. Cathy Walsh. 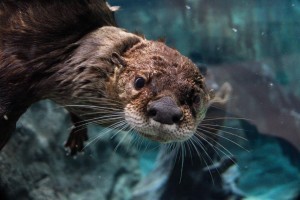 Can you tell a river otter from a sea otter? Do you know if otters are related more closely to cats or dogs? Do you know what a watershed is, and why it matters to otters? If you answered no to any of these questions, or you simply want to learn more about otters in the wild and at Mote Aquarium, then join hosts Hayley and Joe as they interview Amanda Foltz, Senior Aquarium Biologist for otters at Mote. Mote Aquarium houses three orphaned otters in its exhibit "Otters & Their Waters" (https://mote.org/exhibits/details/otters-and-their-waters). 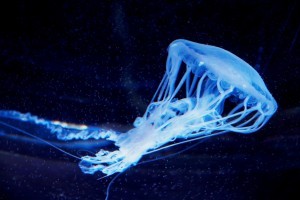 Mote Aquarium’s “jelly dude” – Aquarium Biologist Andrew Angelo – describes which sea jellies (aka jellyfish) live around southwest Florida, and he tells Joe and Hayley what it’s like to raise and breed jellies for Mote’s educational exhibits. If you’ve ever been curious about what jellies eat, who can eat them, how their alien-looking anatomy works, and how they sting, then tune in for a fascinating interview and learn some cool facts from jelly science. Spoiler alert: Peeing on a jellyfish sting is not advised! 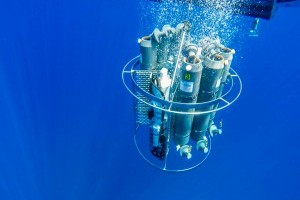 Phytoplankton - sometimes called microscopic algae - can seem a bit like Jekyll and Hyde. Some produce much of the air we breathe and nourish the ocean's food chain, while others form harmful algal blooms that range from annoying to hazardous for people and animals. The fact is, phytoplankton are really diverse, with lots of scientific groupings having a wide variety of traits ranging from helpful to harmful. Mote Staff Scientist Dr. Vince Lovko tells Hayley and Joe about the phytoplankton in our "backyard," the Gulf of Mexico, including the kinds you might wade through at the beach and never notice, along with one kind that draws Floridians' attention: the harmful algal bloom Florida red tide. The really fun part: Dr. Lovko is planning to test flying drones to monitor algal blooms from the air. Check out the red tide monitoring app mentioned in the show by searching "CSIC Mote" in the App Store or Google Play. CSIC stands for Citizen Science Information Collaboration. 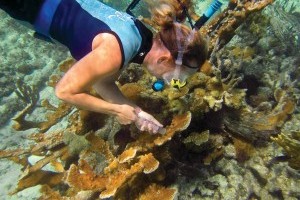 Do you catch lots of colds while some of your friends rarely get sick? Humans aren’t the only ones with variable defenses against disease. Mote staff scientist Dr. Erinn Muller and her colleagues are searching for hardy genetic varieties of corals with the best odds of surviving the coral disease outbreaks and climate change impacts affecting reefs worldwide. Amid sad news about coral reef declines, Dr. Muller and her colleagues are finding hopeful signs of possible resilience in some coral genotypes, while investigating practical measures such as “firebreak” procedures to hinder the spread of coral disease. With scientists' help, can our "rainforests of the sea" tough it out?

Did you know that young people have real power in their families’ environmental choices? Did you know that marine science education is within reach, even if you don’t live near the ocean or an aquarium? In this episode, Joe and Hayley discuss these topics and much more with Aly Busse, Assistant Vice President for Education at Mote. Busse’s childhood in rural New Jersey – “cow country” – might seem distant from her current job leading an ocean education team, but she was driven by her fascination for marine science and found a career translating science for the wider world. In today's connected world, more of us can be like Aly – putting scientific knowledge to good use for our oceans. Everyone can check out https://mote.org/education for Mote's Florida-based and digital learning programs. Teachers can check out upcoming professional development workshops here. For educational fun, play "Who Wants to Be A Sea Star?" on Mote's website. (Click the link and then scroll down for the game.) 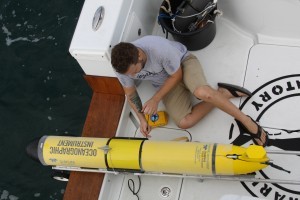 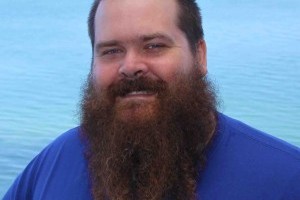 Matt Seguin, Curator of Husbandry & Records for Mote Aquarium, oversees the care and record-keeping efforts for a staggering number of animal species that Aquarium visitors view every day. Learn why his favorite fish have a special “job” in the Aquarium, how he finds the fun in animal parasite prevention, and how he teaches college courses — occasionally using Star Wars references to make science a little bit cooler. Hayley and Joe are impressed, indeed: When it comes to marine animal knowledge, Matt is a true Renaissance man!