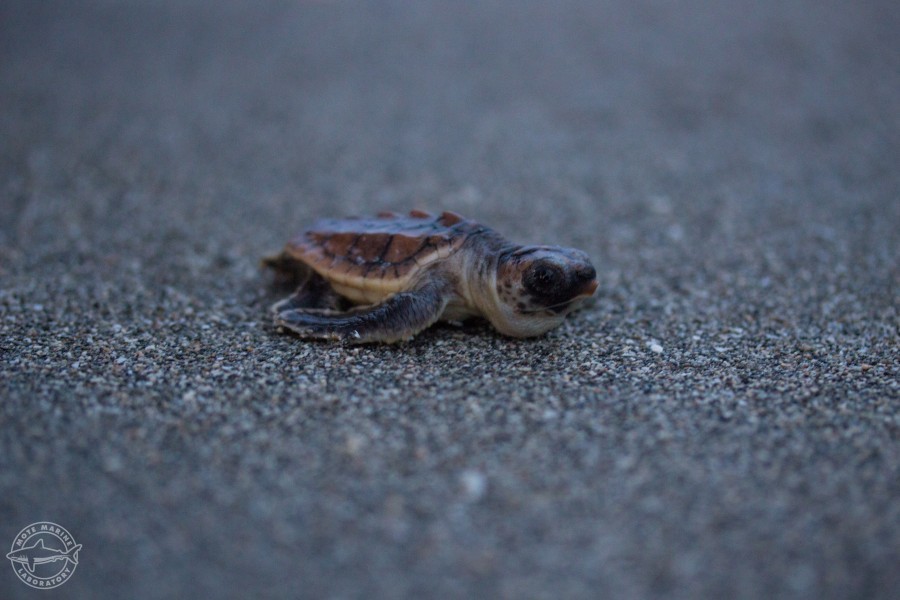 Loggerhead sea turtle hatchling crawls from the nest to the ocean.

Sea turtles are currently nesting on southwest Florida beaches: laying eggs that will hatch to produce babies known as hatchlings. On April 15, as Mote began its annual routine of monitoring these nesting beaches for research and conservation, our new Postdoctoral Research Fellow Dr. Jake Lasala joined the "Two Sea Fans" team to describe the new research projects he is launching with Mote's Sea Turtle Conservation & Research Program. Dr. Lasala studies sea turtle mating systems and other population features to support conservation and management of these endangered and threatened reptiles. In this episode he explains why we need to investigate sea turtle mating and estimate how many females and males might be contributing to a population. He also shares why sea turtles are nicknamed  "hot chicks and cool dudes."