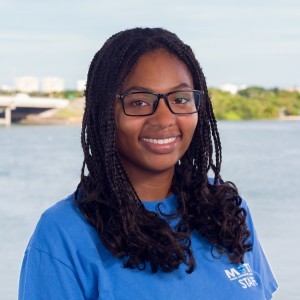 Amanda Felix was born and raised on the south side of Chicago. She attended Grinnell College in Grinnell, IA and graduated with a B.A. in Biology. She began her career in aquarium husbandry with internships at Mote Aquarium and the Shedd Aquarium. Amanda is an Aquarium Biologist III, and has worked at Mote since December 2014. She managed Mote's Seahorse Conservation Laboratory for over 2 years, breeding local species and sharing those offspring with other zoos and aquariums. Some of her favorite duties are breeding fish and scuba diving in the shark exhibit.

B.A. in Biology from Grinnell College

In the Fall of 2018, Amanda was one of the four winners of the Association of Zoos and Aquarium's "Find Our Heroes" Award. It was a nation-wide video submission contest in which AZA received over 95 submissions. She was featured in AZA's national campaign that aired February 2019.