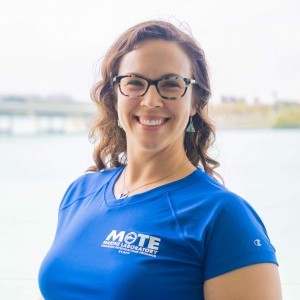 Amber Lea began her involvement in marine animal stranding response with a Rescue Team internship at Clearwater Marine Aquarium in 2017. She completed her master's degree in early 2018 with a thesis on novel methods of training elephantnose fish. She then spent a year and a half as the Stranding Coordinator for the University of Florida's Marine Animal Rescue program, during which time she assisted Mote's Stranding Investigations Program for three weeks in response to the 2018 red tide event. Amber Lea joined the SIP team as a full time staff biologist in January of 2020.