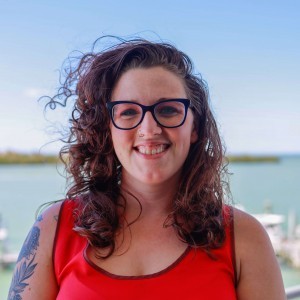 Born and raised in Orlando, Stephannie developed a passion for learning and teaching others about animals and the environment through a love for nature documentaries and shows as a kid. After studying Wildlife & Fisheries Biology at Clemson University in South Carolina, the passion for public outreach drove her to join the Education team at the Central Florida Zoo & Botanical Gardens in Sanford, FL. Stephannie later became the zoo’s Public Relations & Marketing Specialist, serving as the zoo’s spokesperson and social media manager. Stephannie moved to Mote and Sarasota in August after 2.5 years at the Central Florida Zoo.

While studying at Clemson, Stephannie was also a recruited student-athlete as a member of the Women's Rowing Team. Go Tigers! In her senior year, she served as Captain of the Rowing Team, as well as Vice President of the Student Athlete Advisory Committee.