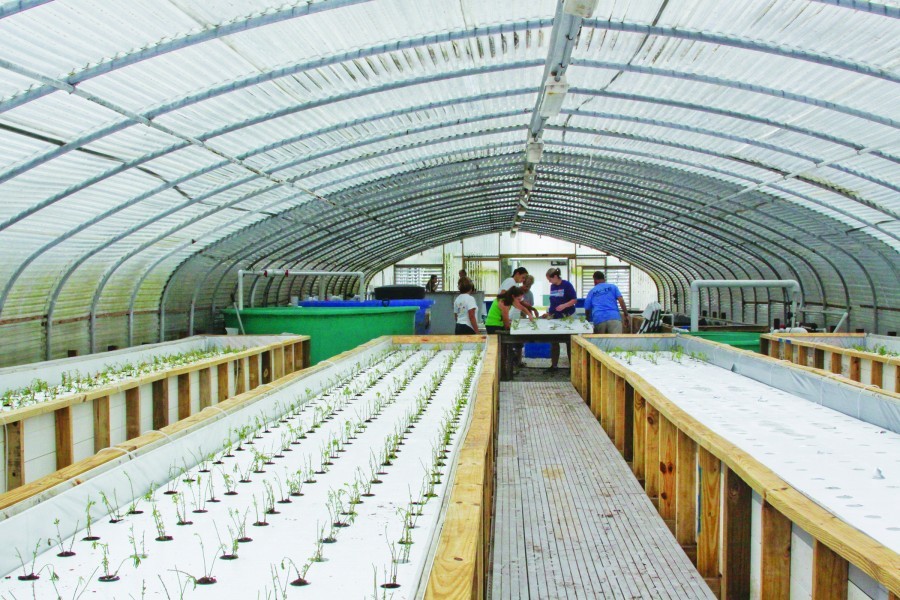 Saltwater fish and gourmet veggies pair up nicely on the dinner table, but their happiest marriage might be in eco-friendly farming. Mote Aquaculture Park — Mote’s sustainable fish farming facility in eastern Sarasota County — launched a pioneering project this fall to advance marine aquaponics: farming seafood while using the wastewater to fertilize salt-loving crops.

This commercial demonstration project, funded by Florida Sea Grant and done in partnership with the University of South Florida and Morningstar Fishermen, is using eco-friendly technology developed at MAP to raise the saltwater fish species, red drum, together with plant species sea purlsane and saltwort — sea vegetables popular in European cuisine. The project aims to bring its tasty results from farm to fork, showing communities a new way to produce food locally for farmers’ markets and restaurants.

The project builds on two practices trending in global food production: Aquaculture and hydroponics. Seafood farming today provides nearly half the world’s seafood, while hydroponics — which involves raising greenhouse crops in nutrient-rich water instead of soil — has shown potential for raising crops in small areas or unfertile land. The combination — aquaponics — has gained ground during the past two years in multiple nations; saltwater aquaponics is the newest wave.

“We want to help other communities adopt saltwater aquaponics, so we’ve created a self-contained and simplified system based on what we’re already using at Mote Aquaculture Park.”

The new aquaponics greenhouse system uses diluted saltwater, which will also be fully recycled. “You need a design like this if you want to raise fish and vegetables away from the coast where you can’t pour saltwater on the ground,” Main said.

In late September, Mote staff moved the first 200 juvenile red drum into tanks inside the greenhouse, which is designed to produce about 600 fish. In early October they planted 1,100 sprigs of sea purslane (Sesuvium portulacastrum) and 1,100 of saltwort (Batis maritima) into foam rafts atop four water-filled raceways. The plants were donated by Aquatic Plants of Florida.

Water begins at the fish tanks and moves through several filters that remove solid waste and allow bacteria to break down harmful ammonia into other nitrogen-rich compounds useful as fertilizer. The fertile water flows through the raceways to feed the plants. As the nutrients run low, the water is passed through a filtering screen and returned to the fish.

At each step in this cycle, doctoral student Suzanne Boxman of the University of South Florida will document levels of key nutrients — critical information for knowing how well the system works and helping others emulate it. “We want to know how much and how quickly the various forms of nitrogen, phosphorous and other compounds are removed by the plants,” said Boxman. Her work includes a life cycle assessment — a detailed study of environmental impact never before done
with aquaponics.

“This is a novel study, and it’s been great to do this with Mote,” Boxman said, adding that there’s more to love than science: “I like to cook at home, and I can’t wait to taste the vegetables we’ll harvest.”

Main hopes others will feel the same way. She plans to sell the plants through local farmers’ markets and distribute the fish through Florida-based wholesalers. The plants might reach harvest size in two months or more and the fish will be ready in nine to 12 months.

Ultimately, Mote scientists will share their results locally to nationally with help from Morningstar Fishermen, an organization that provides aquaponics training as one solution to world hunger.

“This is just the beginning — we’re finding out how well this system can work,” Main said. “To see the prototype system up and running is so exciting.” 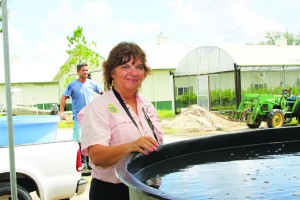 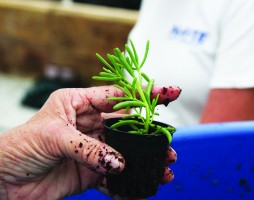 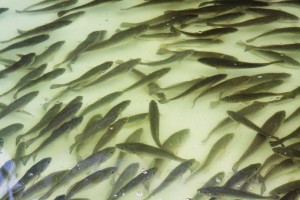 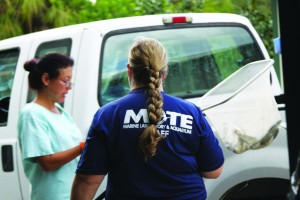 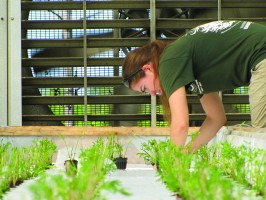