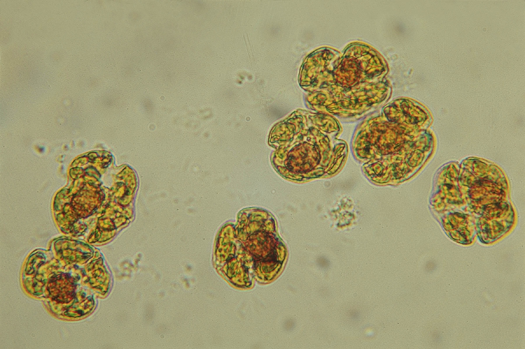 Thursday, Feb. 23, Dr. Michael P. Crosby, President & CEO of Mote Marine Laboratory, announced that an anonymous challenge donation of $100,000 has been made to support Mote scientists’ efforts to expand their red tide-related research and outreach efforts in Boca Grande.

The donors have challenged the southwest Florida community to match and exceed this philanthropic investment to support Mote’s efforts to address harmful algal bloom impacts in Boca Grande.

“We are grateful for this generous charitable investment and we are excited to move Mote’s red tide research efforts to the next level,” Crosby said. “We expect that a successful match to this challenge grant will significantly advance Mote’s innovative red tide research, monitoring and mitigation program in Boca Grande while directly engaging and benefiting the residents of this community."

This southwest Florida region is known for its beautiful beaches and coastal culture, fisheries and other ecologically and economically important marine resources. However, harmful algal blooms (HABs) – such as Florida red tides caused by Karenia brevis algae – can deter tourists, kill fish, close shellfish harvest areas and cause beachgoers to cough and sneeze due to airborne toxins.

Today, HABs such as K. brevis red tide in the marine waters off Florida’s Gulf Coast, brown tides of Aureoumbra lagunensis algae like those in the Indian River Lagoon, and blue-green algae blooms such as those in central Florida’s freshwater systems are the focus of successful and emerging research initiatives at Mote.

So far, there is no tried-and-true way to combat some of the most challenging HABs without risk to the Gulf’s sensitive ecosystems. However, Mote and partners have led innovative HAB research for decades, and this new challenge donation will help Mote expand its innovative approaches and technologies to address the critical need for HAB prevention, control and mitigation.

Below are examples of exciting, ongoing projects that stand to benefit from new support in the Boca Grande region:

Mote’s Environmental Health Research and Phytoplankton Ecology Research programs are working on a citizen science application (app) that will allow residents and visitors along the Gulf Coast of Florida to report geo-located red tide effects including respiratory irritation, dead fish and water discoloration.

Other app users will be able to verify these reports using a “thumbs up” if they are experiencing the same conditions, such as respiratory irritation in a particular area, or a “thumbs down” button if they are not. This will allow the public to be part of research and outreach by providing their subjective data to Mote scientists.

Cutting-edge mitigation strategies
Mote researchers are studying the effect of natural compounds produced by macroalgae that are shown to kill or inhibit the growth of K. brevis algae in laboratory studies. Over time, this could result in development of strategies to help control red tide.

They are also studying the use of ozone to mitigate the effects of HABs in localized areas. Mote has patented an ozone application system, and preliminary research suggests the system may hold promise for use in closed canals, where concentrated red tide can have notable impacts. Now, more research is needed to validate the effectiveness and safety of this method for southwest Florida’s marine waters.

Red tide monitoring 2.0
More than a decade ago, a Mote scientist developed the optical phytoplankton discriminator, nicknamed BreveBuster, to detect K. brevis HABs at sea. This technology has been expanded to identify multiple phytoplankton species (such as nonharmful microscopic algae). By observing changes in phytoplankton community dynamics, researchers better understand the factors influencing red tide blooms, which is important for mitigation and control.

Today Mote’s Ocean Technology Research Program is working on a new tool to detect HAB toxins. This technology, called high-performance liquid chromatography, is already used in the lab, and Mote is redesigning it for deployment at sea – to provide real-time information on the toxicity of HABs.

Mote’s Ecotoxicology Program is also working toward development of a complementary technology: a hand-held HAB toxin detector known as an aptamer based electrochemical sensor.  To better detect HABs from the air, Mote’s Phytoplankton Ecology Program researchers are developing drones equipped with hyperspectral sensing.

Mote conducts HAB monitoring cruises along southwest Florida, providing valuable data through a statewide monitoring partnership. However, funding cuts at the state and national level have made this important work more challenging. Philanthropic support from Florida communities is critical for this necessary monitoring, which supports forecasting and vital public information.