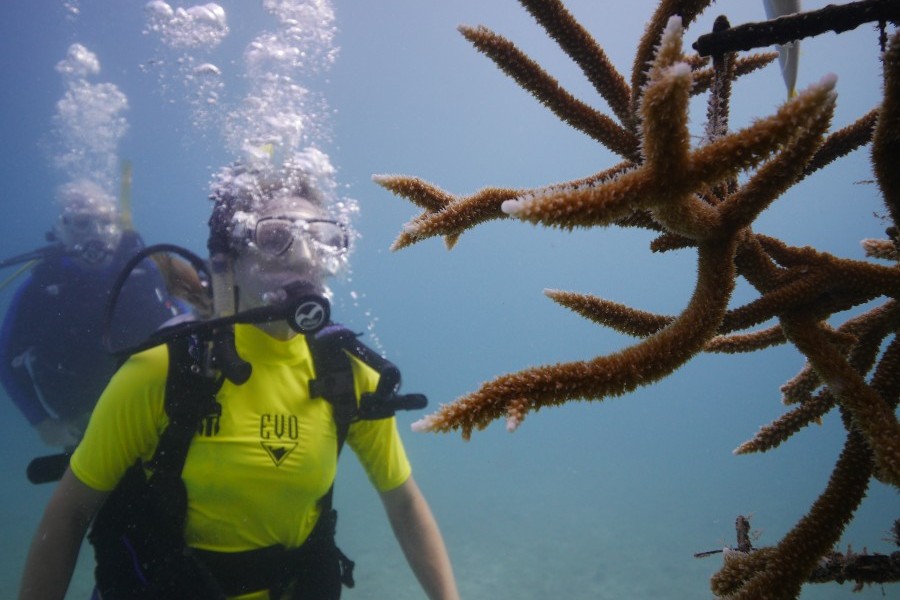 Coral reefs are believed to support as much as 40 percent of all the marine life. Florida’s coral reef system is the third largest living reef on the planet — and it is the only one located in waters surrounding the continental U.S. Florida’s coral reefs attract 16 million visitors per year to Florida, support more than 70,000 local jobs, bring $6.3 billion to Florida’s economy and help protect the coast from tropical storm and hurricane impacts.

However, Florida’s reefs have faced significant challenges during the past 40 years from multiple threats including ocean acidification — a harmful chemistry change due to increases of manmade carbon dioxide in the atmosphere — along with rising water temperature and diseases. On these reefs, scientists have observed 90 percent losses indigenous coral coverage with some species losing more than 97 percent of their populations.

Mote scientists are studying how these challenges affect reefs, and Mote has also developed innovative techniques for restoring Florida’s corals, including methods to raise thousands of coral fragments and replant them on depleted reefs in the wild.

Coral research and restoration are among the many strengths that have earned Mote international recognition as a leading independent, nonprofit marine science and education institution. Mote’s coral programs depend a great deal on support from Florida communities, especially through sales of the Protect Our Reefs specialty license plate (www.reefplate.com).

“Mote’s Tropical Research Lab is absolutely incredible,” Raschein said. “The groundbreaking research Mote has been able to produce with limited resources in their lab on Summerland Key is amazing. Their multifaceted research approach and big-picture focus foretells a bright future for our reefs.”

Raschein, whose Congressional District 120 covers south Miami-Dade County through the Florida Keys, said she recognizes the value of restoring reefs in her home waters.

“Our coral reefs in the Keys are not only vital to our local economy, but truly a state gem that we all should treasure. The work that Mote is doing is quite significant for the future preservation of this unique ecosystem and is putting coral restoration on the national and international scene.” 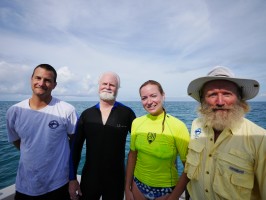