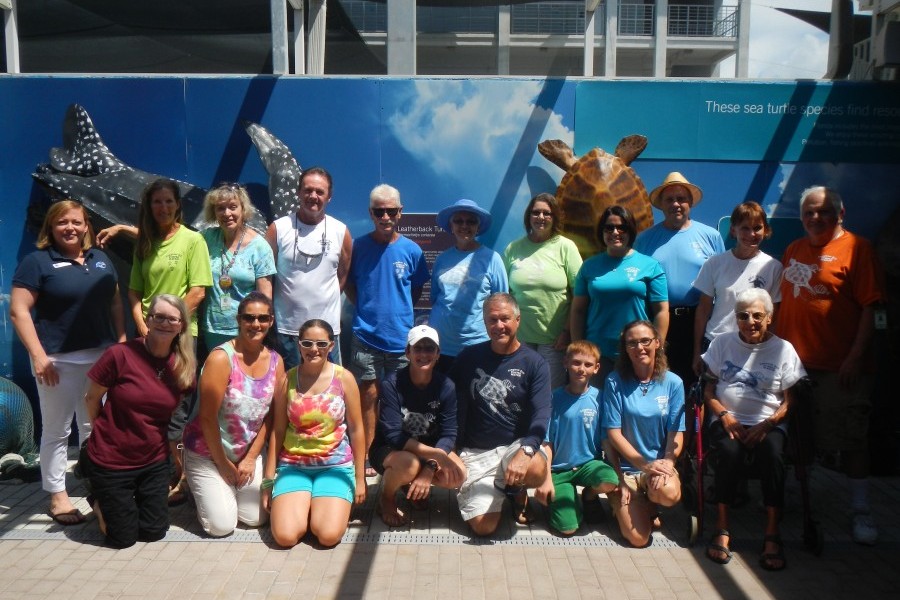 According to the Longboat Key Turtle Watch, Clayton was instrumental in multiple sea turtle conservation measures at the local level and beyond, including the creation of Longboat Key lighting ordinances designed to protect the turtles. He shared with others his respect for nature and the need to protect and conserve our resources.

“Orville Clayton is the reason we do what we do,” said Cyndi Seamon, a volunteer with Longboat Key Turtle Watch. “He set an important example for everyone working to protect sea turtles. It’s natural for us to honor him by supporting Mote’s summer camp programs, which teach students to better understand and protect marine environments. We hope his teachings will be long remembered and his work will be continued.”

“We are so thankful for the generous support of Longboat Key Turtle Watch, which will help more local children attend our summer camps,” said Aly Busse, Assistant Vice President for Education at Mote. “We believe that helping people to learn about our local marine environment will also foster ocean stewardship that is necessary to protect all marine animals – including the sea turtles nesting on our beaches.”

Longboat Key Turtle Watch members also honored Clayton by holding a memorial on April 11 and by purchasing a commemorative brick naming him their “top turtle.” The brick was placed at the Ann and Alfred Goldstein Marine Mammal Center at Mote Aquarium on City Island, Sarasota.