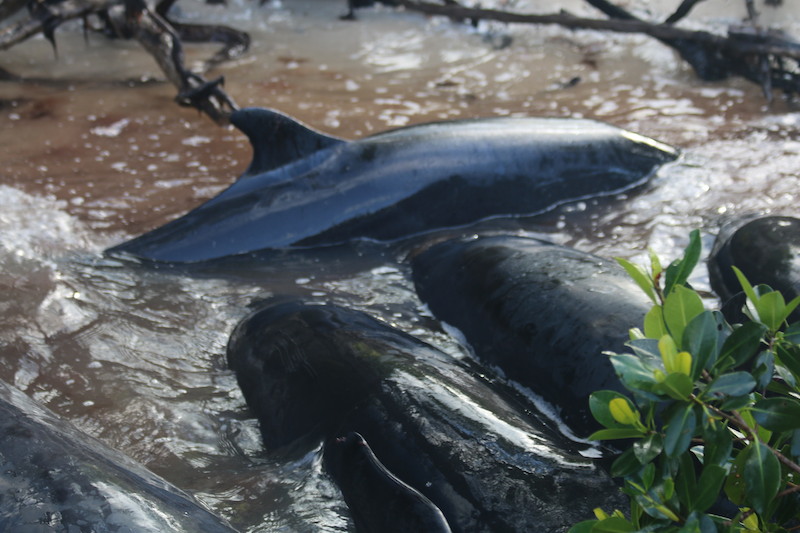 A total of 95 false killer whales were stranded off the coast of Monroe County in South Florida. Of the total 95 whales, 72 died on their own, 10 were humanely euthanized, and 13 are unaccounted for.

The U.S. Coast Guard first spotted the whales stranded along Hog Key in the Florida Everglades Saturday morning. Attempts were made by rescuers early on to try and herd the animals back out into deeper waters. The whales, according to NOAA, can weigh about 1,500 pounds and can be up to 20 feet long.

Members from Mote’s Stranding Investigations Program, Florida Fish and Wildlife Conservation Commission, National Oceanic Atmospheric Administration and University of Florida performed complete necropsies on eight of the animals and samples for genetics were collected from all known animals. Veterinarians from Mote, NOAA and UF humanely euthanized 10 of the stranded animals.

In the coming months biologists will try to determine why this happened by using samples collected during necropsy (non-human autopsy), but it can take months for results to come back and even then, a cause of stranding is not guaranteed.