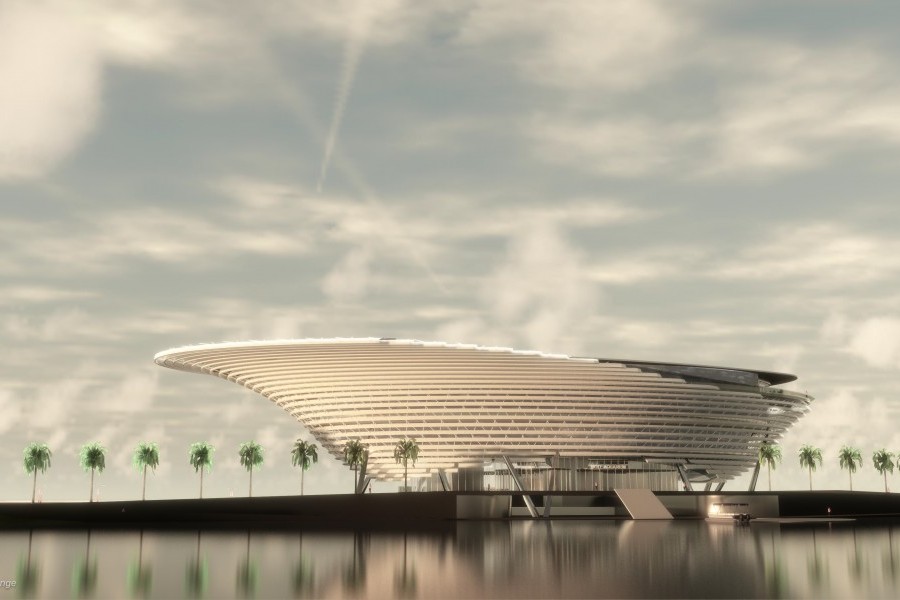 *Renderings provided by CambridgeSeven and subject to change.

On Feb. 8, 2018, surrounded by some of southwest Florida’s most influential residents, Mote Marine Laboratory & Aquarium’s President & CEO, Dr. Michael P. Crosby, made the announcement many in the area had been waiting to hear: Mote will build a spectacular new Aquarium on mainland Sarasota County.

The new Mote Science Education Aquarium will be designed and located strategically to serve a much greater cross-section of residents and visitors in Florida, and enhance ocean literacy opportunities and impacts for all. Mote leaders have had preliminary discussions with appropriate officials from Sarasota County to understand the potential opportunities for use of approximately 5 acres of county-owned land within Nathan Benderson Park, a highly accessible location in a hotspot of community growth adjacent to Interstate 75. The interstate’s intersection with University Parkway hosts an average 60,000 drivers on both sides daily, allowing an expected average of 43 million drivers to view Mote’s new facility each year. With Mote’s Feb. 8 announcement of the overall concept and goals for Mote Science Education Aquarium, Mote is now planning to initiate a formal request for a lease to be approved.

Powering this major advance is Mote’s new, $130-million capital construction fundraising effort, Oceans for All: Improving Access to Marine Science & Technology. Contingent on progress toward this goal, Mote leaders aim to begin construction in 2019. The fundraising effort started strong on Feb. 8 with the announcement that commitments for over 20 percent of facility’s total cost have already been made.

“At Mote Science Education Aquarium, science is the attraction, as it is the heart of our mission,” Crosby said.  “This spectacular new facility and campus will embody our vision of Oceans for All, doubling the number of visitors whose lives are enriched by marine science each year, and providing no-cost opportunities for all schools to utilize specialized teaching labs to ensure that every child has the opportunity for hands-on marine science and technology experiences. The oceans are connected to everyone, every place in the world, and our goal is to ignite within each visitor a greater degree of curiosity to learn more about the oceans and their critical value in providing the oxygen we breathe, food, medicine, economic impact and overall quality of our lives.”

With 110,000 square feet of space and 1 million gallons of exhibit water, Mote Science Education Aquarium will: more than double the size of Mote Aquarium on City Island; expand the ability to feature marine animals and scientific displays from around the world; deepen visitors’ experiences through interactive teaching labs, onsite diving programs, scientific demonstrations and creatively interwoven, interactive technology; and above all, provide informal science education to a larger, more diverse audience.  More than three million Florida residents will be able to access Mote Science Education Aquarium by driving 60 minutes or less, and the projected visitor number for opening year is near 700,000.

“The rebirth of Mote Aquarium on the mainland will not only help us grow our informal science education and outreach programs and develop a more ocean-literate society; equally important, it will lead to the next step in the evolution of our City Island campus into an enhanced International Marine Science, Technology and Innovation Park,” Crosby said. “This will provide Mote researchers, science and technology entrepreneurs and their international partners much-needed facilities for expanded intensive research and allow Mote’s best and brightest to excel in addressing the significant threats facing Earth’s oceans. Beyond 2020, I expect that Mote Marine Laboratory will become the catalyst for a new ‘Silicon Valley’ of marine science and technology in Southwest Florida, leading to more than just improved conservation and sustainable use of our oceans. The innovations and intellectual property generated by Mote and a growing marine science and technology sector will be the fuel for an expansion of Florida’s blue economy, with impacts felt well beyond our state.”

Mote excels at transforming community support into true impact for the oceans and benefit for the people who depend on them. The Lab’s comprehensive campaign Oceans of Opportunity — completed in 2016 — led to construction of Mote’s Elizabeth Moore International Center for Coral Reef Research & Restoration in the Florida Keys, a critical scientific hub and resource for hundreds worldwide who seek to understand and restore threatened coral reefs. Oceans of Opportunity set the stage for Mote’s proposed growth by investing in the next generation, supporting no-cost education programs for thousands more under-served students than Mote could reach previously, and expanding Mote’s research enterprise. All funds from the Oceans of Opportunity campaign have been obligated for achieving the goals of Mote’s 2020 Vision & Strategic Plan, and none are available for the new Mote Science Education Aquarium.

The facility’s construction, alone, will benefit Florida’s economy through $280 million in direct and indirect expenditures and 3,123 total person-years’ employment. Beyond the one-time benefits of new construction, Mote Science Education Aquarium by itself — not including Mote’s research enterprise — will support more than 260 direct and indirect jobs and provide approximately $28 million annually in economic benefits for the State of Florida.

“Mote has significantly increased its research capabilities over the past few years,” said Robert Essner, Chairman of Mote’s Board of Trustees. “Our efforts to answer the questions that are vital to protecting our oceans and the creatures who live there are growing every year, as is our ability to communicate answers to the scientific community and to people everywhere. We are now taking the next and biggest step in becoming a truly world-class marine research laboratory. Relocating our Aquarium will give us the space needed to expand and upgrade our research labs. Our new Aquarium, when completed, will be a spectacular venue for our educational endeavors and will create an incredible regional visitor attraction.”

To learn more about how you can help today, contact Mote’s Development Department at 941-388-4441, ext. 309, or visit moteoceansforall.org.

Mote Marine Laboratory & Aquarium is an independent, 501(c)3 nonprofit research organization founded in 1955. Mote began with the passion of a single researcher, Dr. Eugenie Clark, her partnership with the community and philanthropic support, first of the Vanderbilt family and later of the William R. Mote family.

Today, Mote is based in Sarasota, Florida, with five campuses including field stations in eastern Sarasota County and the Florida Keys. Mote is home to more than 20 scientific programs dedicated to today’s research for tomorrow’s oceans, emphasizing conservation and sustainable use of marine resources. Mote’s vision also includes positively impacting public policy through science-based outreach and education. Showcasing this research is Mote Aquarium, open from 10 a.m. to 5 p.m. 365 days a year. Learn more at mote.org.

*Renderings provided by CambridgeSeven and subject to change. 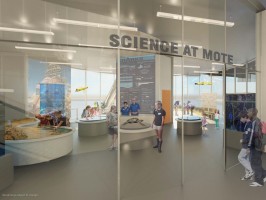 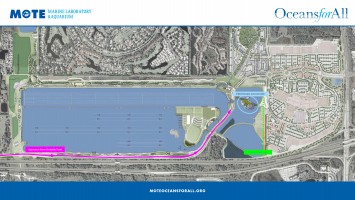 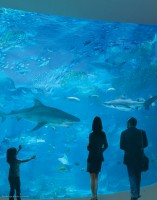 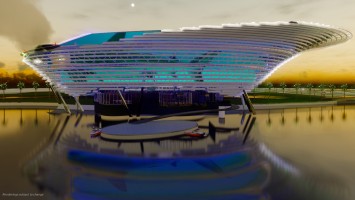