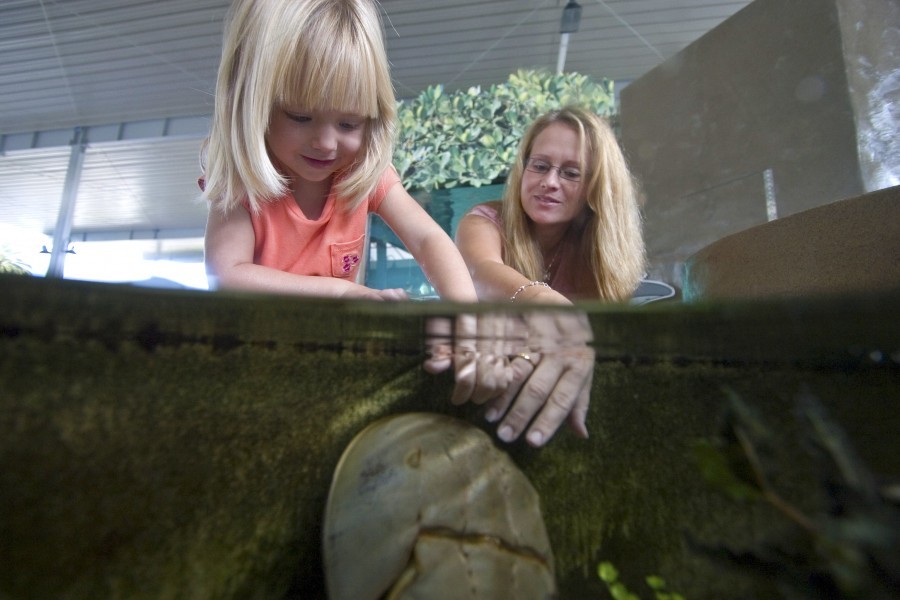 A guest and child enjoy Mote Aquarium's Contact Cove, a touch tank that allows visitors to get up-close-and-personal

The three awards presented to Mote Aquarium are as follows:

For the Sarasota Herald-Tribune awards, readers named their favorite choice in each category that conducts business in and is located in Sarasota, Manatee or Charlotte counties. Entries were received by November 2016 and announced in January 2017.

For the SRQ magazine award, every year around October SRQ Magazine opens the polls of their yearly readers' choice competition, Best of SRQ Local. Readers cast their digital ballots in categories like the best community accomplishment, best local farm, best pediatrician and best local children's attraction. Results are published in the annual Best of SRQ Local edition of SRQ | The Magazine. Entries were received by February and announced in April 2017.