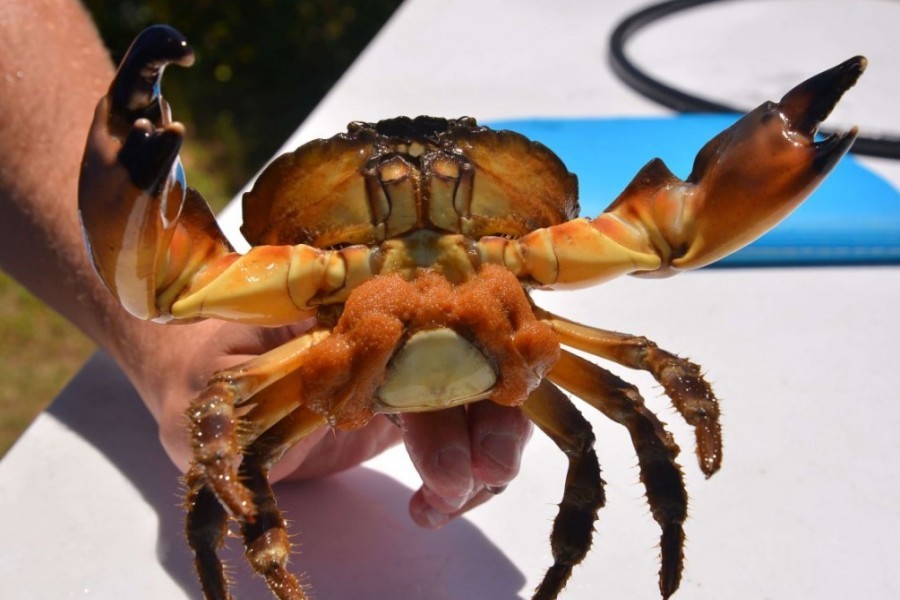 Mote Marine Laboratory is launching a new research and education project aimed at examining which coastal habitats might help stone crabs—a $30-million seafood staple in Florida—survive the growing threat of ocean acidification, thanks to a new grant from Tampa Bay Environmental Restoration Fund.

The $70,000 grant will be matched by Mote and support the latest of several Mote studies aiming to shed light on the 30% decrease in Florida’s yearly stone crab catch since 2000. So far, Mote’s controlled lab studies point out that ocean acidification and high levels of Florida red tide can each have significant impacts on stone crabs throughout different stages of their life cycle. 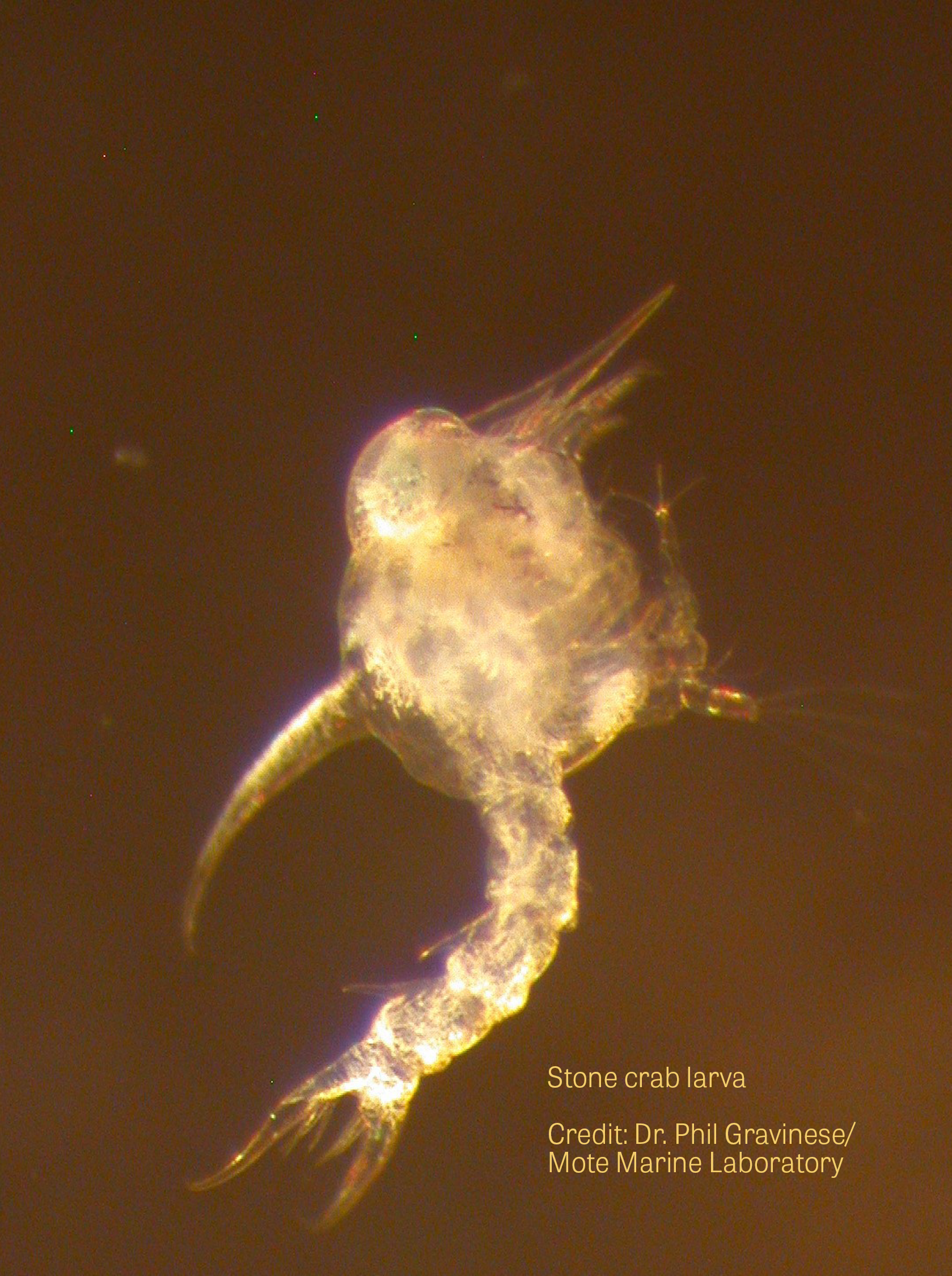 Female stone crabs brood their eggs—carry them until hatching—in coastal environments vulnerable to ocean acidification (OA), a worldwide decrease in ocean water pH driven by increased carbon dioxide in the atmosphere. Some coastal habitats in Florida are experiencing seasonal declines in pH estimated to be three times faster than the rate of OA anticipated for global oceans by the end of the century due to nutrient-rich runoff, a potential threat for sensitive coastal species.

In a recent publication by Mote scientists, stone crab eggs brooded in low pH water mimicking future OA conditions were 28% less likely to hatch than eggs raised in “normal” (ambient pH) seawater. Some stone crab broods (groups of eggs), however, were more tolerant of the OA conditions than others. What’s their secret?

That question will drive Mote’s new, two-year, research and education project supported by the Tampa Bay Environmental Restoration Fund (TBERF) grant. Specifically, Mote scientists will investigate whether stone crab eggs tolerate OA better if their mothers have been living in habitats where the pH naturally goes up and down more frequently than in habitats that experience less pH variability. They hypothesize that stone crabs exposed to more pH variation might be “toughened” against OA, perhaps building resilience over multiple generations and possibly allowing the species to acclimatize to extremes in pH.

To ensure the future of Tampa Bay’s fisheries and the associated ecosystem services, it is critical to identify resilient sub-populations of important species such as stone crabs and identify habitats that might be protective ‘refugia’ from ocean acidification.

“Our project will be the first to characterize and identify habitats that may serve as potential OA refugia for stone crabs within Tampa Bay, which is one of Florida’s top three sites for juvenile stone crab settlement,” said Mote Postdoctoral Research Fellow Dr. Philip Gravinese, the study’s primary investigator. “Trying to identify resilient sub-populations is critical to the future sustainability of the stone crab fishery, especially as environmental stressors, like changes in pH, continue to threaten coastal species.”

"Projects like this one—that combine rigorous research with thoughtful outreach to improve science literacy and community understanding of the effects of ocean acidification—are really what the Tampa Bay Environmental Restoration Fund is about,” said Maya Burke, Science Policy Coordinator

Tampa Bay Estuary Program, which partners with Restore America’s Estuaries in administering the TBERF. “We’re pleased to support this work exploring the importance of seagrass habitats as safe spaces for stone crabs and other calcifying organisms to thrive in response to a changing climate.”

Mote scientists will couple monitoring in Tampa Bay with precise lab experiments to measure pH fluctuations in seagrass and in bare/muddy habitats in order to identify if stone crabs from each of those habitats are more or less susceptible to changes in seawater pH.

Mote scientists will collect egg-bearing, female crabs from each habitat type and compare their eggs’ embryonic development and hatching success amid OA conditions in a laboratory setting, starting in the next stone crab reproductive season, summer 2020. Mote scientists will also transplant crabs from each habitat type into the other, allowing them to produce a new egg mass in their new home before moving them into the lab study of OA conditions. This will help reveal whether OA tolerance is influenced by shorter-term conditions or a longer term process—acclimatization over generations.

Starting in fall 2019, Mote scientists and educators will publish a guided-inquiry, high school lesson based on this stone crab study in a peer-reviewed scientific journal. “Our research integrates biology, ecology, chemistry and statistical modeling, which will allow us to create a well-rounded lesson to help students understand the impacts of ocean acidification on a commercially important crustacean fishery,” Gravinese said.

“We will work with local educators to share this lesson with at least 100 high school students, and the lesson will be available online for any interested school,” said Aly Busse, Assistant Vice President for Education at Mote. “Our mission includes sharing marine science directly with people of all ages—and this research will give students a valuable window into the work real scientists are doing to address real issues right in our ‘backyard.’”