The grant challenges Mote and its supporters to raise matching funds and achieve the greatest possible impact for the Florida Reef Tract and those who depend on it. Florida has the planet’s third-largest shallow-water coral reef system, which underpins the state’s marine ecosystems, supports over 70,000 local jobs, draws $6.3 billion to Florida’s economy and serves as the primary front line of coastal resiliency defense from major storms.

Resilient coastlines are the focus of Mote’s grant and 34 others totaling $28.9 million, awarded by National Coastal Resilience Fund (NCRF), a partnership of NFWF, NOAA, Shell Oil Company and TransRe. These grants were made possible when congress provided funding for Title IX of the National Oceans and Coastal Security Act. Together, the grants are expected to generate $38.3 million in matching contributions for a total conservation impact of $67.2 million. 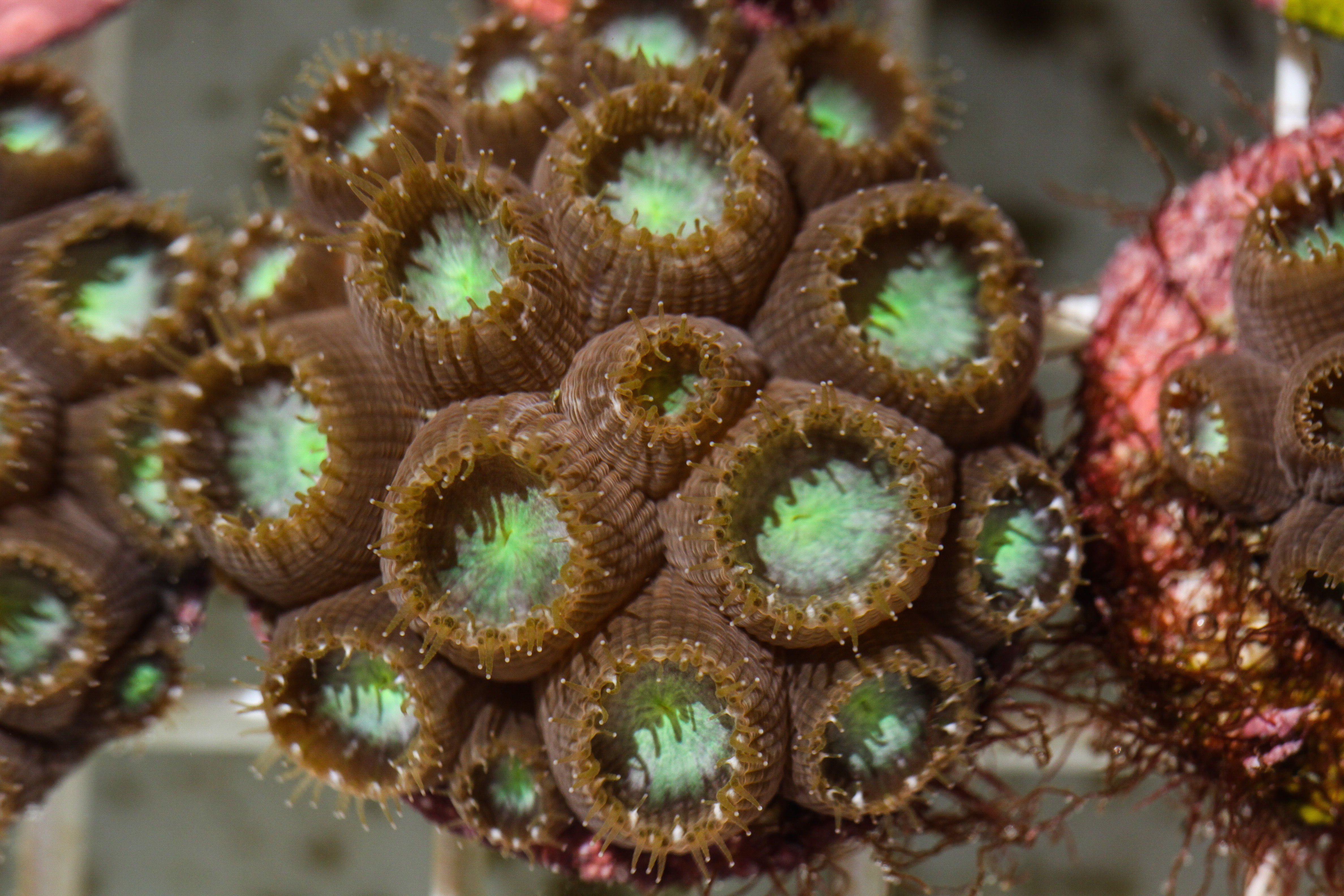 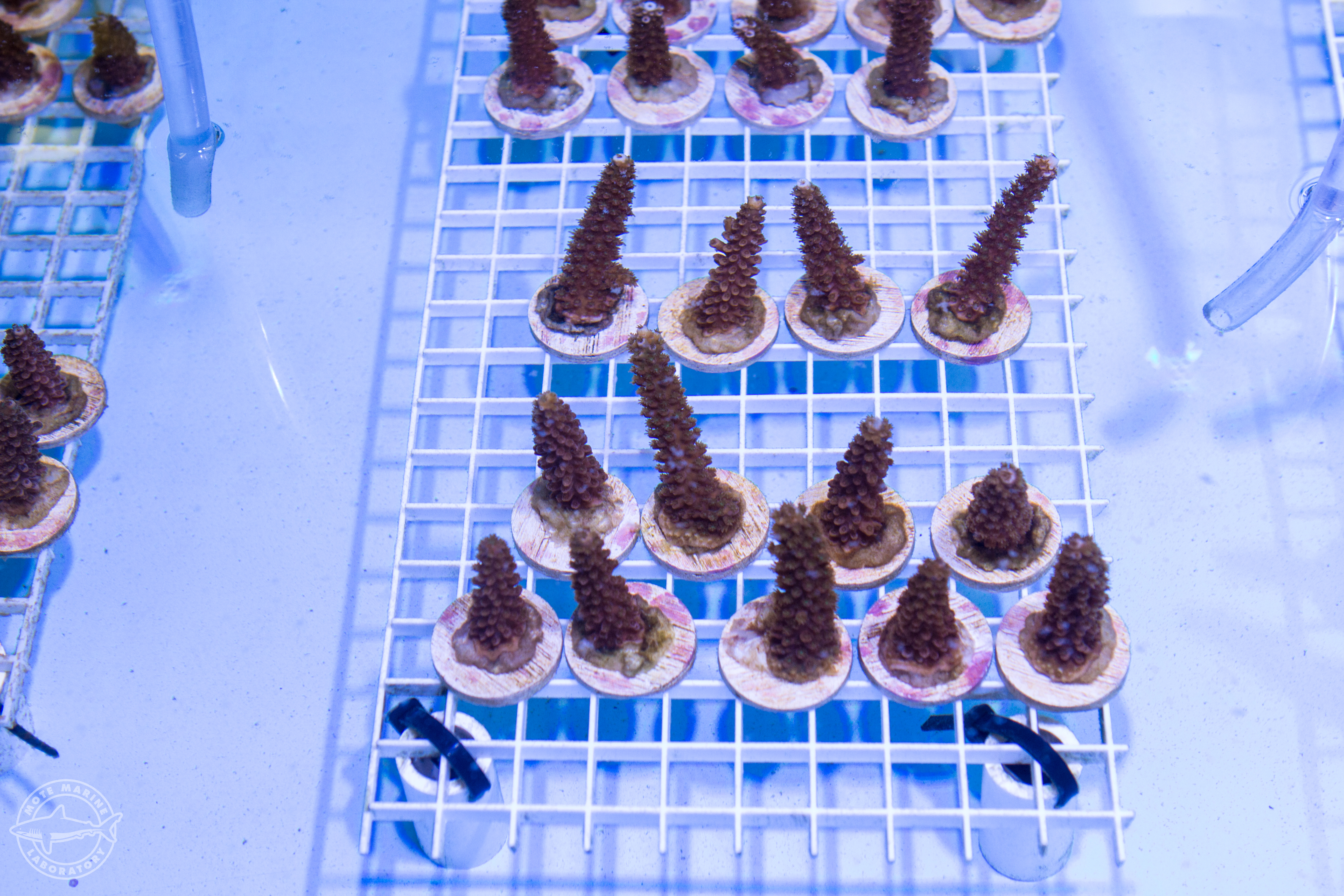 Species of reef-building, massive corals (left) and branching corals (right) will be studied and restored in the Mote-led initiative. Credit both: Conor Goulding/Mote Marine Laboratory

Over three years, Mote and partners will:

The Mote-led initiative aims to restore not only branching corals — threatened staghorn and elkhorn species whose populations have been decimated over decades — but also reef-building brain, boulder and star corals whose populations are beleaguered by the current, widespread and unprecedented outbreak of tissue-loss disease.

“In the Florida Keys, coral reefs are our treasure, part of our culture and our shield — that was abundantly clear during Hurricane Irma, a tragedy that would have been even worse if our reefs had not broken up the intensity of wave action threatening our coast,” said Mote President & CEO Dr. Michael P. Crosby. “Mote scientists and our partners are working to restore that critical shield so it can continue defending our communities and enriching their quality of life. The new grant from the National Coastal Resilience Fund will allow for three years of essential work, part of a 10-year plan that Mote has developed to restore self-sustaining coral reefs — and their essential protection as well as valuable fisheries habitat — in our lifetime. We cannot thank NFWF, NOAA and their partners enough for their support of coastal resilience.”

“As another active hurricane season comes to an end on November 30th, we are reminded of the critical importance of safeguarding the health of America’s coastline,” said Secretary of Commerce Wilbur Ross in NFWF’s Nov. 9 news release about the grants. “Through this latest partnership with private industry and NFWF, the Department of Commerce and NOAA will continue our mission to ensure the safety and long-term prosperity of the millions of Americans who call America’s coasts home.”

The Mote-led restoration initiative will focus on Florida Keys National Marine Sanctuary waters in the Lower Keys and Biscayne National Park in the Upper Keys. The Florida Keys from Key West to Biscayne face a 16-percent chance of hurricane impacts in any given year. The U.S. Geological Survey has reported that a degraded coral reef leads to increased run-up in flooding. Observational and modeling studies indicate that, had coral reefs been healthier across the Caribbean (including along Florida), the resulting wave-driven run-up and coastal flooding of areas fronted by coral reefs would have been less than what occurred.

Florida’s degraded and declining reefs are fighting a losing battle to continue providing critical protection, but this coral restoration initiative will significantly strengthen that ability for amplified and lasting protection of the Florida Keys economy, culture and quality of life.

During the last 40 years, Florida’s indigenous corals have declined in some areas by more than 90 percent, with some species losing more than 97 percent of their populations. Seven coral species found in the Florida Keys are listed as Threatened under the U.S. Endangered Species Act, with elkhorn and staghorn corals decimated by white band disease, and with grim prospects for brain, boulder and star corals affected by the tissue-loss disease outbreak — unless scientists and resource managers apply their knowledge to successful interventions.

Restoring resilient corals is a promising and paramount strategy, say Mote scientists who have restored some 43,000 corals to Florida Keys reefs to date, monitored their progress and led controlled lab studies investigating why some corals resist threats.

“Our research has identified genetic strains of staghorn coral resistant to white band disease, and we are studying the mechanism behind this resistance, screening other corals for indicators of resistance, and thoughtfully including this information within our restoration plan,” said Dr. Erinn Muller, Science Director of Mote’s Elizabeth Moore International Center for Coral Reef Research & Restoration (IC2R3) on Summerland Key, Florida. “We anticipate incorporating these disease resistant corals into controlled sexual reproduction efforts to increase both the genetic diversity and disease resistance of our corals used for restoration.” The sexual reproduction efforts will be led by Mote’s visiting German Research Foundation postdoctoral fellow, Dr. Hanna Koch.

Muller continued: “Unfortunately, most corals in another key group, the massive reef building species, appear highly susceptible to the current tissue-loss disease outbreak. However, preliminary laboratory experiments suggest the massive coral species genotypes that Mote has been restoring and will restore in this initiative may be relatively resilient to waterborne disease exposure, which appears to be the primary way the disease has spread throughout the Florida Keys. Additionally, complete genetic resistance to the current disease outbreak is likely for some of the hundreds of genetic strains Mote uses in restoration, we are currently working to test this prediction.”

Said Crosby: “These results suggest that much of Mote’s current and previous research and innovative applied technology to restore coral reefs will provide the shovel-ready foundation for resilience-based restoration that is the essential ingredient for maintaining and restoring the coral reefs of the Florida Keys.”