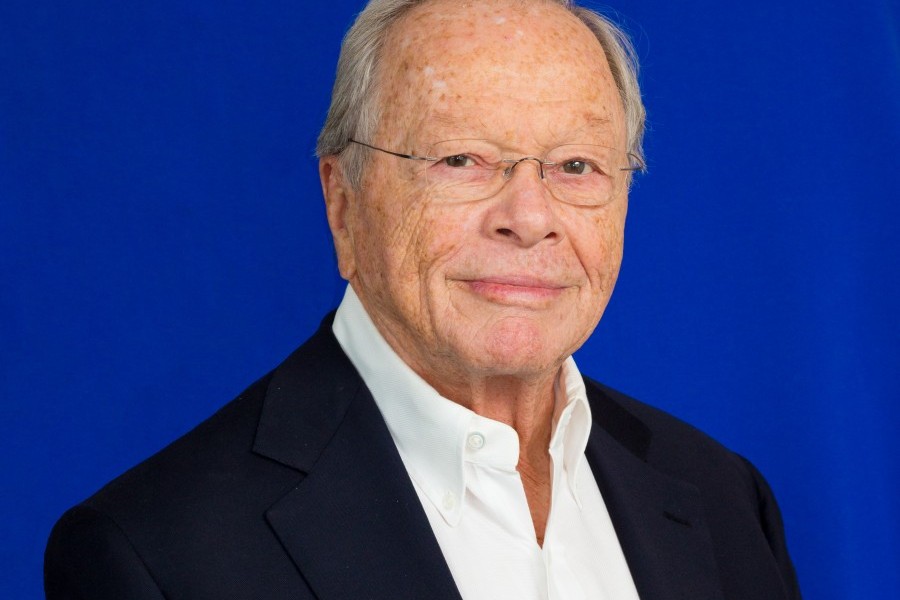 Mote Marine Laboratory’s Board of Trustees is pleased to announce the election of Maurice “Mo” Cunniffe as Chairman of the Board, Sandi Stuart as Vice-Chairman, Scott Collins as Treasurer, and Hobart (Skip) Swan as Secretary. Dr. Michael P. Crosby will continue in his Board Officer position as President and Dr. Sam Seider will continue his Trustee service, now as Immediate Past-Chairman.

Mote's Board of Trustees supports the Lab in its mission of advancing marine science, education and outreach, including supporting Mote’s campaign, Oceans for All: Improving Access to Marine Science & Technology. With 100% Board support, this campaign reinforces the Lab’s Vision & Strategic Plan for the rebirth of Mote’s public outreach aquarium as the new Mote Science Education Aquarium, to be located at Nathan Benderson Park. Read more about this initiative here.

Recently, Mote’s Board of Trustees hosted a retreat in the Florida Keys to highlight Mote’s groundbreaking coral research and restoration efforts, including a visit to Mote’s main Keys campus, the Elizabeth Moore International Center for Coral Reef Research & Restoration, and outreach exhibit in Islamorada at the Florida Keys History & Discovery Center, as well as Mote’s newest installment of a land-based coral nursery located at Bud N Mary’s Marina in Islamorada. At the retreat, Islamorada Mayor Buddy Pinder recognized May 14th as “Mote Marine Laboratory Coral Restoration Day" to acknowledge the vital role of Mote’s efforts to conserve and restore Florida’s Coral Reef.

“As Mote continues to increase its capacity for conducting world-class research to address the grand challenges facing our oceans, we’re also simultaneously improving our marine science education and outreach efforts,” said Cunniffe. “I’m looking forward to serving as Board Chairman as we expand our infrastructure across Florida, to include Mote SEA’s continued progress at Nathan Benderson Park, a new education & outreach center in Manatee County at The Pier, and the opening of our newest coral nursery in Islamorada.”

Meet the Mote Marine Laboratory & Aquarium Board of Trustees Officers:

Maurice “Mo” Cunniffe has served as a Mote Trustee since 2015, and has served on the Development, Research, and Education & Outreach committees. Cunniffe has had a long career in electronics, manufacturing, engineering, and business management. He began as a junior physicist at ITT Laboratories in 1954, but eventually grew to form his own company, Vista Capital Corp., in 1971. Over a period of 40 years, Vista purchased over 50 companies, including the second largest abrasives company in the U.S., Radiac Abrasives Corp, and the third largest global manufacturer of ophthalmic lenses, safety products, and contact lenses, American Optical. He also served as Chairman of Sola International, a publicly-traded company with manufacturing and laboratory operations in 104 countries. Mo has served as Chair of the Board’s Research Committee for two years and brings great focus to our commercialization efforts. He and his wife, Carolyn are members of Mote’s Legacy Society.

"I am looking forward to working with Mo as Chairman, and with each of these new and phenomenal officers. The upcoming expansions for Mote will benefit greatly from their collective expertise and proven leadership skills. They each possess the entrepreneurial spirit that Mote was founded on, and continues to utilize Lab-wide as a successful, independent marine science organization." Dr. Michael Crosby, Mote's President & CEO.”

Stuart, resident of Sarasota and Linville, North Carolina, where she received her B.A. at the University of North Carolina, is Founder and President of the Stuart Murray Group (SMG) LLC.  Prior to the formation of SMG in 2008, Stuart was a senior partner at an Omnicom company, Clark and Weinstock, a Washington, DC public relations and lobbying firm where she represented clients in a variety of public policy areas, including technology, finance, environment, international relations, healthcare and nonprofits. Stuart also served as the Assistant Secretary of Defense for Legislative Affairs at the Department of Defense (DOD), and was a senior member of the White House, National Security Council, Department of State, CIA, and DOD council on international relations. For her exemplary service, she was twice awarded DOD’s highest civilian award, the Medal for Distinguished Public Service. Stuart currently serves on the Board’s Aquarium, Education & Outreach, and Executive Committees, which she leads as the new Vice Chairman.

A Florida native, Scott Collins attended Duke University before returning to Florida to attend the University of Florida College of Law. There he received both his JD and his Master of Laws in Taxation. Following law school, Collins practiced law in Sarasota focusing on estate planning, estate administration and tax planning. He leveraged his expertise to serve clients with their wealth management needs, founding Fiduciary Wealth Advisors in 2014. In addition to seven years as a Mote Trustee, Collins has served as the President of the Southwest Florida Estate Planning Council, and Chairman of the Trusts and Estates Section of the Sarasota Bar Association. At Mote, he has served on the Board’s Aquarium, Executive, Finance and Research Committees and is a member of the Mote Marine Foundation Board. Scott and his wife Kelly are also members of Mote’s Legacy Society. As a fan of Mote’s Annual Run for the Turtles event, Scott serves as the MC for the event when it is hosted in person on Siesta Key: catch him next year!

Following a fifteen-year career in sales management with the metals divisions of ITT and National Distillers & Chemical Corporations, Hobart Swan, together with his wife Janis, founded Swan Secure Products, Inc. in 1981 to manufacture and distribute stainless steel and copper alloy fasteners for construction. That business grew substantially over 26 years and was acquired by a national corporation in 2007. Skip has served on the Mote Marine Foundation Board since 2017, and was first elected to Mote’s Board of Trustees in 2019. He’s served on the Aquarium and Finance Committees for the Board. He and his wife Janis are also members of Mote’s Legacy Society.

Dr. Seider has served as a Mote Trustee since 1997, earning him the Mote 20-year Volunteer Service Award in 2017. Seider moved to Florida in 1968 for a residency at the Miller School of Medicine at the University of Miami. He became Manatee County’s first plastic surgeon and built the first accredited outpatient surgery center in southwest Florida. His involvement at Mote was a natural fit, as his father was close friends with William R. Mote, one of the Lab’s first benefactors and its namesake. Seider has served as Chair of Mote’s Investment Committee and as the Chairman of the Mote Marine Foundation, working to spearhead initiatives to integrate strategic planning and community interests to improve Mote’s portfolio management. His son, Matt Seider, was recently appointed to Mote’s Advisory Council. Sam and his wife Dorene are also members of Mote’s Legacy Society, a group of supporters that champion Mote’s mission by designating Mote in their estate plans. As Chairman during the COVID-19 pandemic, Sam is noted for leading the Board in learning the art of remote meetings!