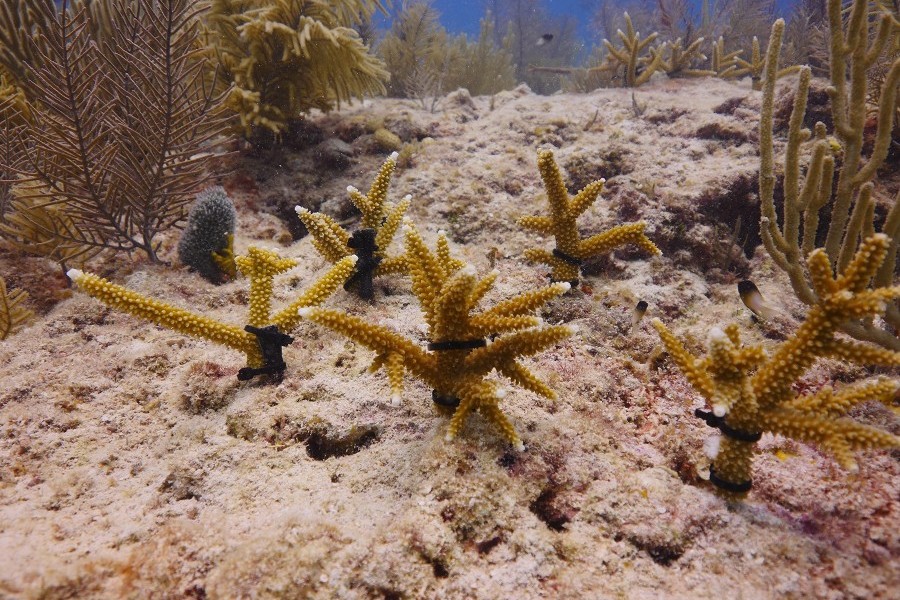 Worldwide, coral species are facing severe threats from warming ocean waters, ocean acidification, pollution and disease. Many reefs are in significant decline — with losses of up to 90 percent for some species.

The National Oceanic and Atmospheric Administration (NOAA) announced this week new protections for coral with the listing of 20 new species as “threatened” — including five species found in the Florida Keys where Mote Marine Laboratory has been studying coral ecosystems and developing new restoration methodologies for more than 15 years. (Video.)

In fact, Florida’s Fish and Wildlife Conservation Commission (FWC) announced this week that staghorn corals (Acropora cervicornis) grown in Mote’s underwater nursery and later replanted by FWC researchers offshore of Marathon had spawned in the wild — an exciting development demonstrating that corals grown with Mote’s innovative technology in a nursery setting and later used to restore a reef can reproduce naturally. This means that restoration methods developed by Mote and our partners show great potential to give corals the boost they need to rebuild.

Florida’s reef — the only barrier reef system in the continental U.S. — underpins the state’s marine ecosystems, draws $6.3 billion to our economy and protects our coastlines from major storms. The reef is at the heart of Mote’s world-class research focused on the conservation and sustainable use of our ocean’s natural resources. As the southernmost marine laboratory in the continental U.S., Mote’s Tropical Research Laboratory is uniquely positioned to support the study and restoration of Florida’s coral reef system.

While Mote scientists are attacking the issues that coral species face on a number of fronts, our Tropical Research Laboratory also serves as an important and unique base of operations for other researchers from around the world who are also working to restore and protect reefs.

Here are some of the ways Mote is protecting and restoring our reefs:

Mote was recently awarded a prestigious National Science Foundation grant that will bolster our ability to understand the changes to corals that are expected because of the ocean’s increasing acidity levels — perhaps the greatest risk to reefs in the 21st Century.

Ocean acidification — the lowering of ocean pH when carbon dioxide dissolves into the sea — is a water chemistry change that is often called the “osteoporosis of the sea” because it weakens and even dissolves calcium carbonate structures such as coral skeletons and mollusk shells, and it may affect a wide swath of other marine animals and ecosystems.

Mote has developed special experimental laboratory systems at both our Tropical Research Lab in the Keys and our main campus in Sarasota that allow for the directed study of the effects of ocean acidification. The NSF grant will allow us to expand our Tropical Research Laboratory into a national and international center for ocean acidification research that supports our own cutting-edge research and that of national and international coral reef scientists from more than 60 institutions who conduct research at Mote’s Keys facilities each year.

More than seven years ago, Mote developed an extensive underwater coral nursery offshore of our Tropical Research Laboratory. There, scientists are growing threatened staghorn coral for replanting on decimated or damaged sections of the reef throughout the lower Florida Keys. Today, Mote is growing 15,000 coral colonies — some 250,000 fragments — for replanting on coral reefs.

Monitoring Conditions on the Reef

One major effort at Mote is monitoring the environmental factors that are impacting reefs through community-based programs like BleachWatch and the Marine Ecosystem Event Response and Assessment Project (MEERA) to help resource managers quickly respond to events like coral bleaching.

BleachWatch trains citizen volunteers to report on coral bleaching conditions and synthesizes their reports with NOAA remote sensing data and other environmental monitoring programs. This program is currently monitoring coral bleaching that is occurring throughout the Florida Keys.

Mote researchers looking at the microbiology of corals have made exciting new discoveries about the interplay among the coral, the zooxanthellae (or algae) that give corals their vibrant colors and the bacterial community that lives on the surface of the coral. Our studies have shown that some bacteria living on corals help to inoculate them from diseases and how microbes are transferred among corals and the marine ecosystem. Other groundbreaking studies are developing a better understanding of how diseases develop and are transferred in coral ecosystems, why some corals are more resilient to diseases than others and how climate change and ocean acidification will impact the virulence of coral diseases. Mote studies are also looking at how toxins (like pesticides) combined with ocean acidification could affect coral reproduction and recruitment.

Mote Marine Laboratory administers the funds raised through the Protect Our Reefs specialty Florida license tag. These dollars provide important support for our Tropical Research Laboratory, making it available as a base of operations for Mote and visiting scientists who have conducted more than $16 million in NSF-sponsored research at the facility over the last decade.

Mote also uses these funds to support research grants for Florida-based coral research studies with a major focus on ocean acidification, coral resiliency and restoration and projects that will help enhance resource managers’ use of science-based information to protect and restore coral reef communities. 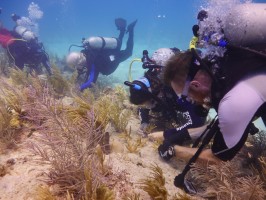 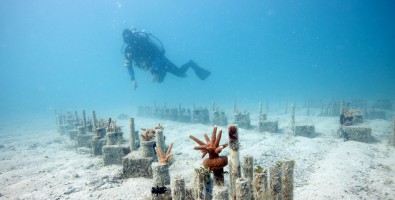 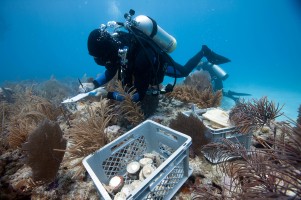 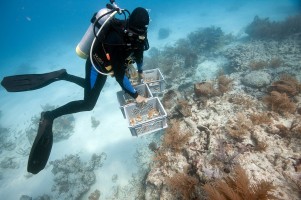 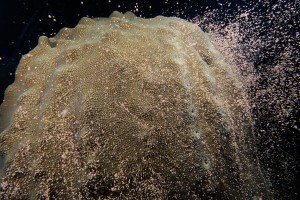