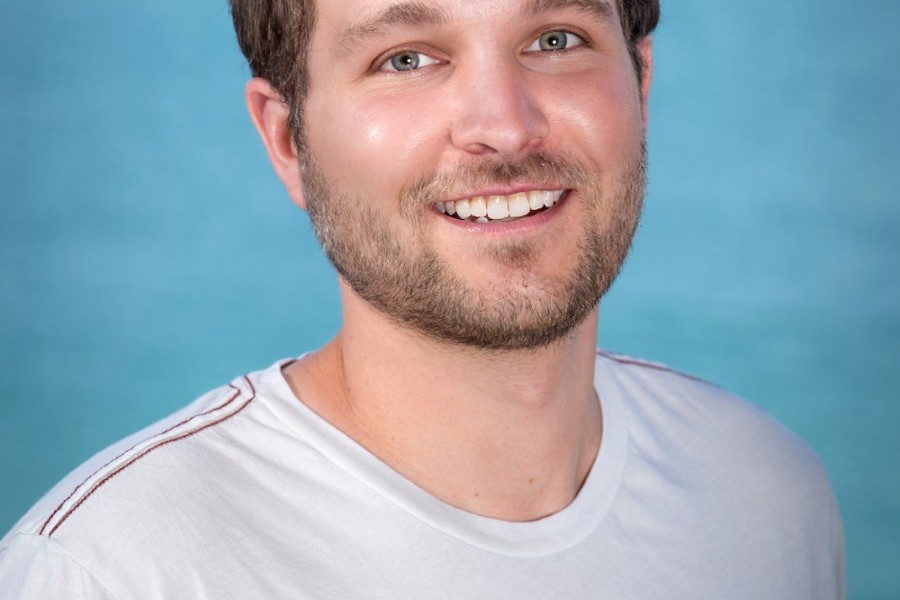 Dr. Jordon Beckler, Ocean Technology Research Program manager at Mote Marine Laboratory, was recently awarded an Early-Career Research Fellowship from the Gulf Research Program of the National Academies of Sciences, Engineering, and Medicine to study how the presence of iron may affect harmful algal blooms (HABs) in the Gulf of Mexico.

A harmful algal bloom is the uncontrolled growth of naturally occurring algae in freshwater or the marine environment, including the toxin-producing algae Karenia brevis that causes near-annual occurrences of Florida red tide. Florida red tide blooms normally begin in low-nutrient waters offshore, and sometimes they are carried to the coast. They can result in fish kills, manatee deaths and human health effects.

The Gulf Research Program Early-Career Research Fellowships recognize professionals at early stages of their careers for exceptional leadership, past performance and potential for future contributions to improving human health and well-being or environmental protection.

“This year’s fellows reflect the wide range of expertise and experience that the Gulf and other coastal regions’ complex, interdisciplinary challenges call for," said Maggie Walser, fellowships director for the Gulf Research Program. “Through these fellowships, the Gulf Research Program is strengthening the long-term scientific and technical capacities that are needed in coastal regions while also supporting an exemplary set of young researchers and professionals.”

The two-year, $76,000 grant will allow Beckler to continue his research on ocean chemistry — particularly iron chemistry — to better understand HAB formation and behavior, explore the potential for iron in the environment to indirectly fuel HABs, and to unravel how iron may affect ecosystem dynamics, economics and human health.

“My goal is to research how the presence of iron may increase the growth of HABs like Karenia brevis to try to understand why these blooms form and persist.” Beckler said.  “I’d like to look into the potential for developing new technology to understand and manage HABs and toxicity, which will improve human health and the environment.”

HABs need three components to form. The first is biology — the organism must be present in the water. The second component is the right physical conditions and the third is the correct chemistry — nutrients that it needs to grow, such as nitrogen. Most algae blooms use nitrogen to form; however, Trichodesmium, a non-harmful algae, is unique because it uses iron to fuel a chemical reaction called nitrogen fixation, which allows it to convert nitrogen gas into a usable form of nitrogen, known as ammonium, to help fuel its growth.

Because this chemical reaction is limited by iron availability, new iron introduced into the water will stimulate Trichodesmium blooms. Typically between May and September, iron-rich dust blows from the Sahara Desert in Africa across the Atlantic and settles in the Gulf of Mexico. HABs usually occur during those months, and Trichodesmium and other algae have been demonstrated to use this iron to create nitrogen and grow (Note: this is only one of the proposed pathways for red-tide bloom formation).

In the last few decades, it was discovered that bacteria in sediments prefer to “breathe” using metal oxides (e.g. iron rust) if they are available and oxygen (preferred) is unavailable, but the availability of iron varies tremendously and little is known about the role of iron influencing HABs.

“Iron comes from the soil, sediment or somewhere from the environment,” Beckler said. “The exact source is still being researched, but we often see the level of iron fluctuating between high and low levels. Our research has demonstrated a previously unidentified flux of iron from sediments that is especially large in our area. Its certainly reasonable to think that this sediment-derived iron, in addition to atmospheric dust, could be fertilizing the ocean.”

Beckler plans to learn more about the relationship between iron and HABs specifically in the West Florida Shelf by conducting frequent observations and taking sediment samples from different locations, as well as by placing an electrochemical device to determine concentrations and fluxes of iron from sediments at high frequency.

After Beckler determines specific locations with high concentrations of iron, his research will focus on developing autonomous equipment to measure these previously unidentified introductions of iron to coastal waters.

Dr. Kellie Dixon, Manager of Mote’s Chemical and Physical Ecology Program, was awarded $1,000 from the grant to serve as Beckler’s mentor throughout this process.

Another goal for Beckler is to inform the community about HABs, their formation and what he learns from his studies. To involve the community, Beckler has worked with the Mote Education Program and Mote Aquarium to create the first Ocean Technology Club at Mote – a new program that begins Jan. 10 and will allow Sarasota- and Manatee-county high school students and teachers to create oceanographic sensors and learn and apply science and technology skills through the mentorship of marine researchers at Mote.

The club will be the first of its kind in Florida and will include collaborators at the University of Hawaii, the Naval Surface Warfare Center, Carderock Division, and the Gulf of Mexico Coastal Ocean Observing System (GCOOS).