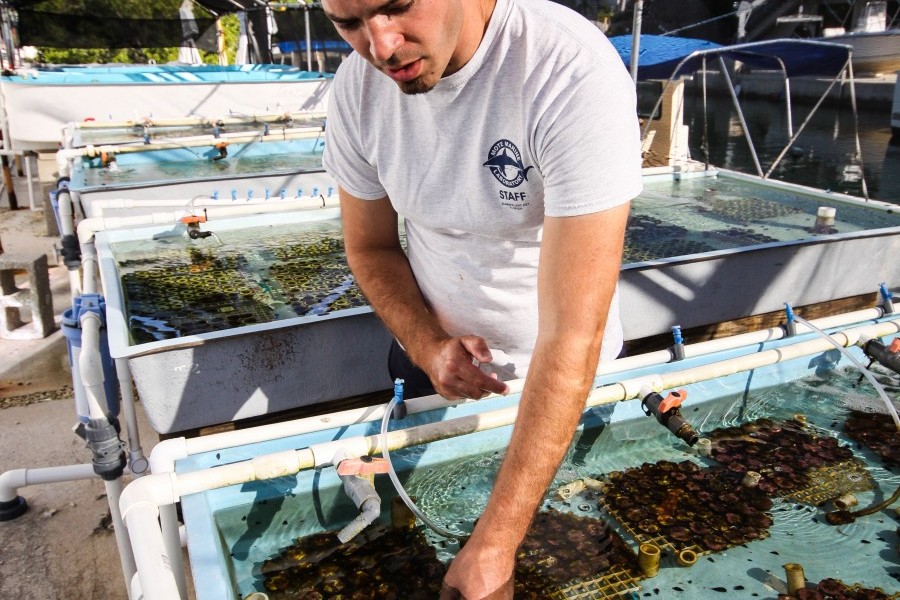 Implementation of large-scale, science-based coral reef restoration received major support in the State of Florida budget released Friday, June 2. A total of $500,000 was appropriated by Florida’s legislators and approved by the governor for Mote Marine Laboratory’s Coral Reef Restoration Initiative, in coordination with the Florida Fish and Wildlife Conservation Commission and Department of Environmental Protection.

This innovative Mote initiative will restore approximately 25,000 corals in Florida Keys locations from Bahia Honda to Key West, starting in late summer 2017 and continuing for about a year.

“Florida Keys coral reefs are the basis of a $6-billion annual economy and 71,000 jobs in Florida; reef restoration is critical for preserving and nurturing the beauty, biodiversity and economic impact of this natural treasure,” said Dr. Michael P. Crosby, President & CEO of Mote. “The Florida Keys National Marine Sanctuary's Coral Reef Ecosystem Restoration Working Group, and many others, have recommended the need for intensive coral reef restoration in the Florida Keys to address decades of coral loss. We want to meet this need through successful, science-based restoration strategies.”

Significantly advancing this technology, Mote scientists are employing research infrastructure funded by the National Science Foundation to identify and selectively restore a variety of genetic strains of corals that are more resilient and resistant to disease, warming ocean temperatures and ocean acidification. The newly funded Mote Coral Restoration Initiative will allow scientists at Mote’s IC2R3 to employ this research to outplant multiple coral species, including reef-building brain, boulder and star corals and branching elkhorn coral grown in Mote’s land-based nursery, and staghorn coral grown in its underwater nursery.

Dr. Erinn Muller, Manager of Mote's Coral Health & Disease Research Program, and her colleagues are studying corals’ susceptibility and resilience to environmental stress — critical research for selecting and restoring corals most likely to survive global environmental challenges. Muller is studying Mote’s nursery-grown staghorn corals to identify genetic varieties that might be more resilient — for example, more able to maintain a steady growth rate under heat stress, or more able to resist or fight off pathogens like harmful bacteria.

“This information may help us better identify which species of coral are resilient and why, which will aid in more informed management decisions, especially regarding which corals are best suited for coral reef restoration projects,” Muller said.

“Many of these corals were grown from larvae — babies — that settled in our lab after we sampled from sexually reproducing wild corals in 2013, and they’ve grown into coral colonies, which we broke into microfragments to produce thousands more coral colonies,” said Dr. Dave Vaughan, Executive Director of Mote’s IC2R3 facility on Summerland Key. “We’ve raised these corals through each step of this process, and together with many great partners, we’re demonstrating that this type of restoration is viable and valuable. Our new facility on Summerland Key is allowing this work to expand and diversify — for instance, allowing us to include threatened elkhorn corals in our land-based nursery for the first time. We couldn’t be more excited to implement this new phase of our Florida based restoration efforts.”

Increasing coral numbers in the wild improves the odds that corals will sexually reproduce — cross fertilizing to support genetically diverse and sustainable populations.

Mote scientists work to provide policymakers, resource managers and the general public with scientifically supported, objective information about coral reef declines and the opportunities to restore reefs. In turn, Mote values the critical support of both private donations and public appropriations.

Said Mote CEO Crosby: “We sincerely thank State Representative Holly Merrill Raschein for her dedicated support for our reef restoration initiative, as well as many legislative co-sponsors, and we are grateful for the approval of Governor Scott for this opportunity to implement our proven coral restoration technology at new levels for the future of Florida’s coral reefs.” 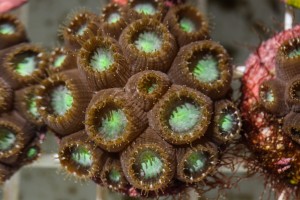