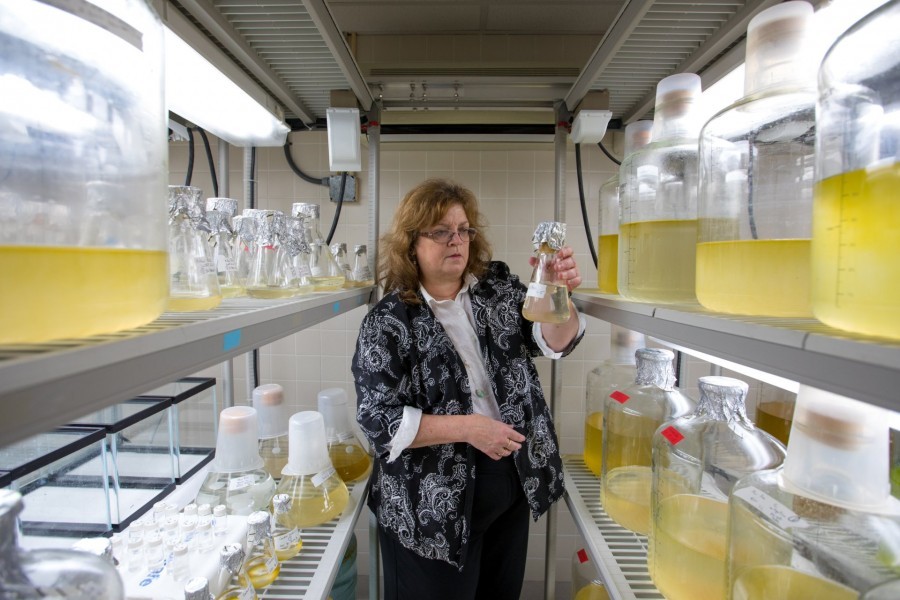 From late 2017 to early 2019, a major bloom of Florida red tide killed nearly 600 sea turtles, more than 200 manatees and 150 dolphins, while significantly decreasing the quality of life in many communities along Florida’s Gulf Coast.

In the bloom’s wake, Mote Marine Laboratory and partners are redoubling their efforts to understand how environmental variables influence Florida red tides—a higher-than-normal concentrations of Karenia brevis algae—and how these harmful algal blooms ultimately come to an end.

A new Mote-led project spanning September 2019 through August 2024, funded by a $5-million, competitive, peer-reviewed grant from the National Oceanic and Atmospheric Administration (NOAA) ECOHAB program, will investigate the life and death of Florida red tides in the eastern Gulf of Mexico in new detail. Project partners include Bigelow Laboratory for Ocean Sciences, the Florida Fish and Wildlife Conservation Commission (FWC), New York University-Abu Dhabi, University of Maryland, and the University of South Florida.

Extreme and wet weather can affect ocean systems physically—moving and mixing water masses and particles, and affecting conditions including salinity and temperature—as well as chemically and biologically, affecting and transporting chemical compounds such as nutrients used by K. brevis, and influencing K. brevis cells and other organisms that can promote or inhibit them. Mote, FWC and many other partners have significantly advanced the understanding of these factors through past NOAA ECOHAB-funded projects. Bloom termination, however, remains one of the least-understood processes in Florida red tide research.

The current project will apply new field, laboratory and mathematical modeling approaches to better understand how Florida red tides vary from year to year in their magnitude, what factors cause a bloom to expand and spread, and what influences bloom decline.

Heil said: “Such knowledge is absolutely critical to—and required for—effective bloom management, including modeling efforts that allow for longer-term bloom predictions than are currently possible, minimization of bloom-related economic damage to marine industries and tourism, and the development of targeted mitigation efforts that directly reduce red tide blooms and their impacts.”