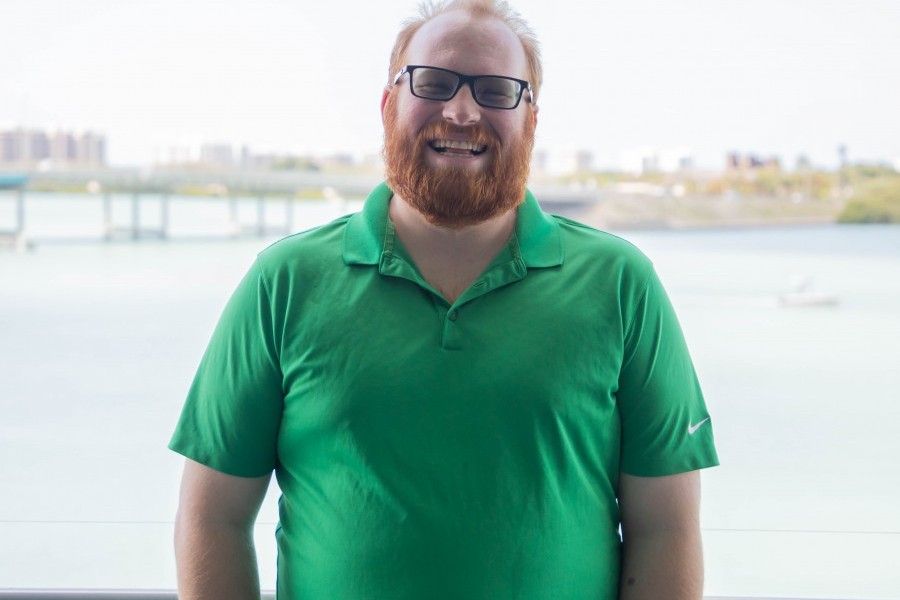 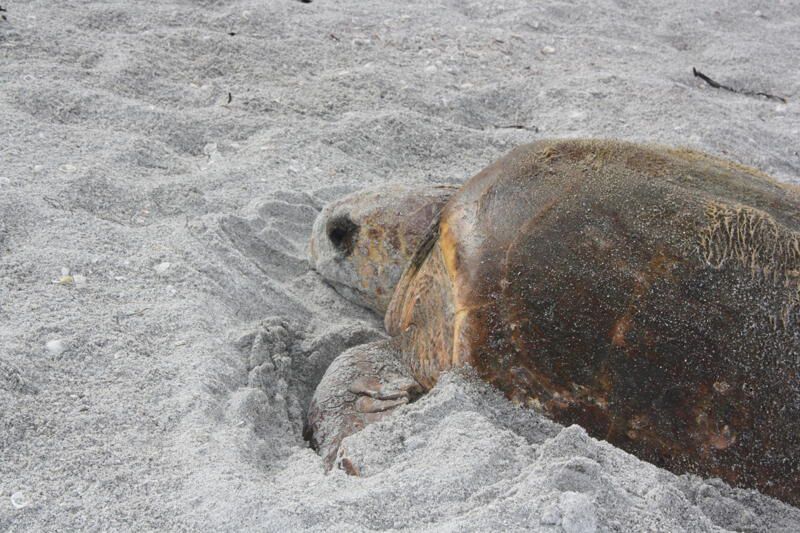 Lasala will expand the scope of Mote’s Sea Turtle Conservation & Research Program (STCRP), which is monitoring and studying nesting sea turtles for its 39th year along 35 miles of beaches from Longboat Key through Venice in southwest Florida. Mote’s sea turtle patrol staff and volunteers monitor beaches every day of the local nesting season (May 1-Oct. 31) and the two preceding weeks.

Where are you from?
I got my undergraduate degree (Biology) at the University of Chicago, a master’s degree (Genetics) at Georgia Southern University and an Integrative Biology Ph.D. from Florida Atlantic University. My family lives in Illinois but I have lived in at least eight states in my life. My mom was an interim minister, which means she comes in when a called and installed (pastor) leaves, and then gets the church ready for a new pastor. That’s a short stint and then you move on, so we moved a lot.

How did you initially get interested in marine science?
My grandfather lived on the beach in New Jersey. There’s a conservancy there called The Wetlands Institute and they had summer camps where I would learn about marine biology, specifically with diamondback terrapins, and eventually you do that enough times and you’re hooked. When I went to Chicago, I started working at the Field Museum with a professor looking at fish jaw morphometrics, and I started working with another professor who was looking at horseshoe crab feeding mechanics. They knew I wanted to work with turtles and they got me in touch with Dr. Jeanette Wyneken down in Florida. I did a bunch of odd jobs that summer that all centered on sea turtles and I really loved it. I applied for a master’s program in sea turtles and then I kept going.

Part of your master’s and Ph.D. work involved studying mating systems in sea turtles. What are mating systems?
When you’re talking about population dynamics, there are a couple of different factors you look at. One of them is how many individual turtles there are, another is how many individuals are mating at a time, and another is how often they mate. A mating system takes those things together and defines what a population is doing. Sea turtles are promiscuous—they have sex with multiple partners. Their behavior can vary depending upon the species and location. For my master’s thesis I was trying to figure out what the mating system was for a small beach of loggerheads in Georgia. With my Ph.D. I expanded that to more species and more beaches.

Why were you doing paternity tests with turtles?
Our main metric of sea turtle populations is based off of how many females we see nesting (for example the nest counts conducted by the morning patrol of STCRP). The problem is: that’s only half the population because males stay out in the ocean and we only see them if they are sick or if someone gets a grant to get a boat and count them. But we can remember from genetics 101 that half of your DNA is from your mom and half is from your dad. We already know sea turtles can have sex with multiple partners and that females can store sperm, which means we can look at paternity of a nest and figure out how many males contributed (as dads). All the eggs in one nest are from one mom, but half of the eggs could be from one dad and half from another, or there could be a different ratio depending on the number of males. If we sample enough of the population then we get a better idea of how many males are actually contributing to the nests on our beach and extrapolate from there to how many males might be contributing to the population. Mind you, we can only identify the successful males, so these estimations are always a minimum of the number of males and females that there might be in the population.

Do you see a pattern in terms of how many males are contributing to each nest? Are there “super males” who contribute a lot?
It depends on the species, but the main thing is that it’s basically random and there aren’t “super males.” It looks more like the males will mate with anything that moves and is turtle shaped, which is how we get hybrids (offspring produced by parents of two different species). In Florida I have seen loggerhead and green hybrids and we’re also starting to see hawksbill hybrids too.  Sea turtles are long-lived, so we don’t know yet how productive hybrids are, but we do know that they can lay nests and have viable offspring.

Nesting season is starting here in southwest Florida, right?
Our morning crew started monitoring the beaches today. (This conversation took place April 15—two weeks ahead of the official start of nesting season, May 1). This coast is a little delayed from Florida’s east coast. The east coast has had a number of leatherbacks nesting already, a really good season so far, but the first loggerheads were only recorded in the last week. It will probably be a little while before nesting starts picking up here.

With beaches in our area closed to protect public health amid COVID-19, will fewer people on the beaches mean that sea turtles have a chance for a better nesting season?
It’s going to be really fascinating to look at before quarantine and after quarantine. If you go onto the internet you see other stories about, say, you can see the skyline in this city because of reduced pollution. It will be really interesting to know what happens (with sea turtle nesting while there’s less beach traffic), and that will be someone’s master’s or Ph.D. project down the line, I am sure.

What big research questions will you work on through your Mote Postdoctoral Research Fellowship?
I will be starting a lot of projects in addition to the turtle tagging and beach monitoring we do now. The tagging will be headed up by Kristen Mazzarella (a Mote senior biologist), and she will be satellite tagging for loggerheads and greens (to track their migrations). We have a collaboration with a scientist at FWC (the Florida Fish and Wildlife Conservation Commission) looking at isotopes that help us study foraging (feeding) behavior in loggerheads and greens.

I will bring my breeding sex ratio research here. Breeding sex ratio is the number of reproductively successful males and females in a population. With the mating systems we talked about earlier, you are really trying to figure out how many males and females there are total, but we can’t actually measure that—we can only measure males that breed successfully because inefficient males won’t have any offspring (in other words, we can’t detect them if they don’t produce offspring).

In an ideal population, you’d have a 1:1 ratio of males to females, but for loggerheads the sex ratio of hatchlings (babies) has been skewed female for at least 30 years. So those hatchlings are now adults and we don’t know exactly what the adult sex ratio looks like. By looking at the breeding sex ratio we can get a better idea of how many males might be out there, and help fill that gap in our understanding of the population.

We also are going to look at our long-term data set and produce some findings of the trends from the past 38 years. Mote staff has collected nesting data since 1982 and we’re really excited to show the public what we have found.

What determines whether sea turtle hatchlings are male or female?
Sea turtles have temperature-dependent sex determination: When eggs are exposed to warmer temperatures, they produce females, and cooler temperatures produce males—the general rule is “hot chicks and cool dudes.” One of the collaborations this summer with Florida Atlantic University will be to produce a temperature profile on Casey Key to show how many males and females our beach produces annually. Hatchling sex ratios are a critical component of future population dynamics, and we are excited to find out what our beach might contribute in the future.

With increasing temperature trends, a part of climate change, it doesn’t necessarily look like the sex ratio in loggerhead sea turtles will swing back, does it?
There is some discussion about: Maybe turtles will start nesting earlier, when there are cooler temperatures, or some might start migrating north. I haven’t seen that for loggerheads so far.
There was a report of a loggerhead nesting in New York—but I feel like it got lost.

Will you be part of Mote’s night-time sea turtle tagging team this summer on Casey Key?
Yes. I have started switching my schedule over to night time (which is when loggerhead sea turtles emerge to nest). Your body isn’t quite used to night shift, but it’s nice to be out there when it’s quiet.

What are some of the adjustments our sea turtle team is making this summer, in light of COVID-19?
We're going to be following CDC social distancing guidelines, maintaining appropriate space between staff and interns on the beach and wearing proper protective gear. When a turtle is encountered, only one or two of us will work with it at a time.