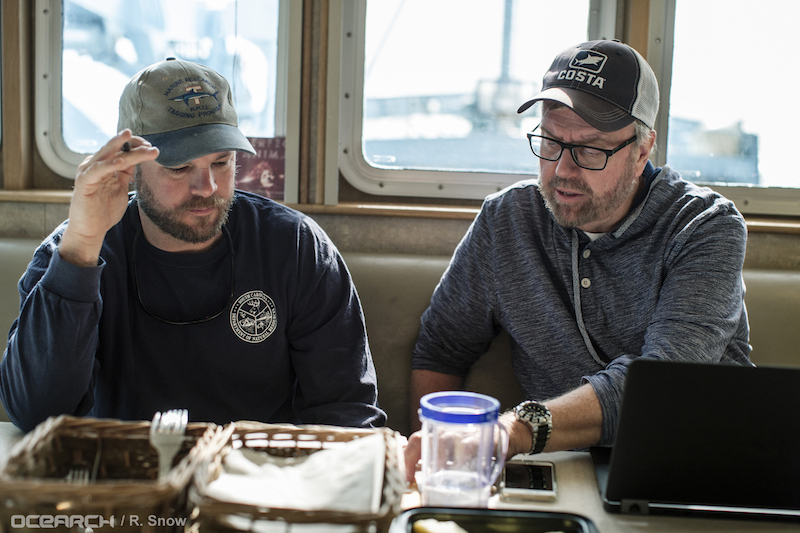 OCEARCH and its team of collaborating scientists, including Dr. Robert Hueter, Director of the Center for Shark Research at Mote Marine Laboratory, have returned from a three-week expedition to tag great white sharks and other species of large sharks.

The expedition ran from Feb. 22 - March 15 in waters off South Carolina and Georgia and the crew tagged two white sharks and two tiger sharks with satellite tags that track the sharks’ locations and send data back to scientists when the sharks’ dorsal fins break the water’s surface.

The third shark tagged was Savannah, an 8.5-foot, 460-pound immature female great white. Savannah was named to celebrate the people of Savannah, Georgia. The OCEARCH team was humbled by their hospitality and passion for the ocean.

The scientists took measurements, collected multiple biological samples and conducted health assessments of the three sharks briefly raised out of the water on the special hydraulic lift of the M/V OCEARCH.

The goal of this expedition was to gather data on the ecology, physiology and behavior of sharks in the North Atlantic Ocean, and to increase the sample size of the great white shark research started in 2012 in Cape Cod, Massachusetts.

“Particularly fascinating was our capture, sampling and tagging of Hilton, a mature male white shark who had motile sperm ready for fertilization of a female’s eggs,” Hueter said. “Finding a male white shark ready to mate off South Carolina in winter goes against our concept of when and where these sharks mate. This is what makes this work so important, the discovery of new knowledge and disproving some old ideas about the life cycle of these sharks.”