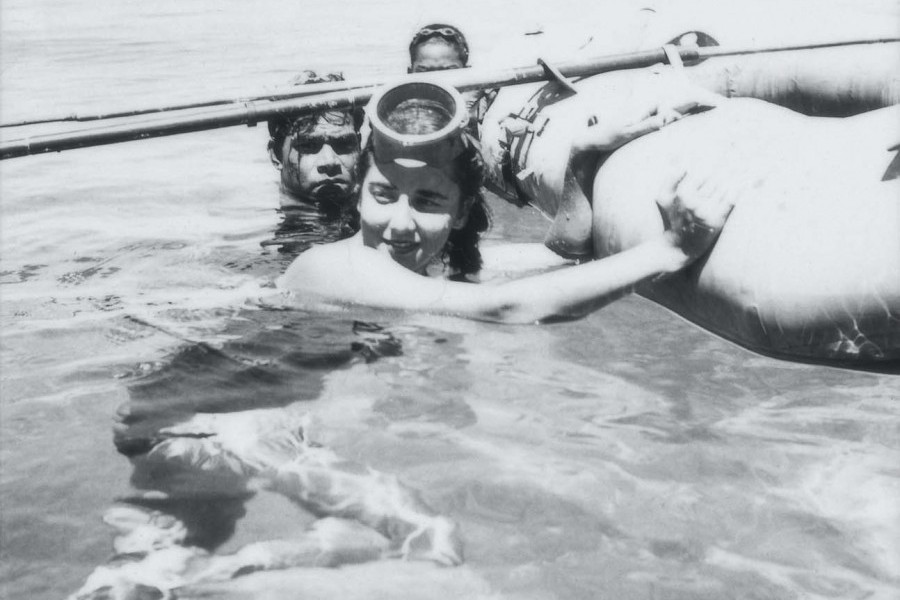 Blazing trails for women in science; inspiring generations of people from ocean experts to school children; swimming with sharks to learn about them; and founding a world-class marine laboratory that turned 60 in 2015 — this is a snapshot of the life and legacy of Dr. Eugenie Clark.

“Genie” Clark — the famous “Shark Lady” who founded Mote Marine Laboratory in Southwest Florida — died at age 92 on Feb. 25, in the company of family at her home in Sarasota, due to complications from battling lung cancer for years. She undertook her last ocean dive in 2014, and her latest research was in review for publication when she passed away.

In 1955, Clark and her fisherman assistant started the one-room Cape Haze Marine Laboratory in Placida, Fla., with philanthropic support and hearty encouragement from the Vanderbilt family. The Lab thrived in partnership with its community and became Mote Marine Laboratory in 1967 to honor major benefactor William R. Mote. Today the Lab is based on City Island, Sarasota, and it hosts 24 diverse marine research and conservation programs, education programs for all ages and a major public Aquarium. The Lab has six campuses in Florida and more than 200 staff, including scientists who have worked in oceans surrounding all seven continents.

Clark joined the Zoology faculty at the University of Maryland in 1968, and she officially retired in 1992. She returned to Mote in 2000 as Senior Scientist and Director Emerita and later became a Trustee. There, she continued to build upon and champion the groundbreaking research that she started 60 years ago.

Clark spent her final days among family, friends and colleagues from the Lab. Her scientific discoveries and her amazing story will continue to inform and inspire people around the globe.

“There was absolutely no one like Genie Clark,” said Dr. Michael P. Crosby, President and CEO of Mote. “Her fascination with fishes and dedication to research changed marine science forever; her life story set an example for women in science and countless others who are striving to make a positive impact; her graciousness and warmth opened hearts and made ocean knowledge more accessible to many; and above all, her leadership and legacy sparked a tradition of world-class marine research and education that will continue for generations. Her passion for science and her freedom to pursue that science at Mote continue to inspire us all.”

“Genie was an amazing woman – her initiative, intelligence and enthusiasm have always been the heart of Mote,” said Dr. Kumar Mahadevan, the longest serving president in Mote’s history. “As a graduate student in India in 1970, I knew about the reputation of Mote Marine Laboratory as the ‘leading institution in ichthyology and shark research’ from the great scientific publications by Genie and other scientists at the Lab. When I moved to nearby Anna Maria Island in 1975, I aspired to, and was fortunate enough to become, part of the Mote family. To me, Genie has been a great mentor, friend and a true inspiration.” Mahadevan served as Senior Scientist starting in 1978 and became the Lab’s CEO from 1986 to 2013.

"Genie was affectionately known and respected as the ‘Shark Lady’ because her shark research was so innovative and she was dedicated to teaching the truth about sharks,” said Dr. Robert Hueter, Director of the Center for Shark Research at Mote. “In the early days of Mote Marine Laboratory, Genie discovered that sharks could be trained to learn visual tasks as fast as some mammals. This was groundbreaking knowledge, which Genie published in the top scientific journal Science. Through her singular efforts, Genie established Mote's 60-year legacy in shark research, ultimately leading to Mote's designation by the U.S. Congress as the site of the nation’s only Center for Shark Research. We are all extremely grateful to her and will miss her inquisitive, energetic and loving spirit forever.”

Clark is also widely known for studying sand fishes, particularly in the Red Sea. For example, she found that a Red Sea fish called the Moses sole secretes a natural shark repellent substance.

Clark is the recipient of three honorary degrees and numerous awards including The Explorers Club Medal; the Medal of Excellence from the American Society of Oceanographers; The NOGI award in Arts from Underwater Society of America; the Dugan Award in Aquatic Sciences from the American Littoral Society; a Gold Medal from the Society of Women Geographers; the Distinguished Fellow Award from the American Elasmobranch Society; and the Franklin L. Burr Award from the National Geographic Society. Several fish species have been named in her honor:Callogobius clarki (Goren), Sticharium clarkae(George and Springer), Enneapterygius clarkae(Holleman), and Atrobucca geniae (Ben-Tuvia and Trewavas).

She has written three popular books: Lady with a Spear (1951), describing her adventures in Micronesia and the Red Sea; The Lady and the Sharks (1969), which chronicles starting the Cape Haze Marine Laboratory; and The Desert Beneath the Sea (1991), a children's book written with Ann McGovern describing a scientist researching the sandy bottom of the sea.

After carrying out a distinguished career spanning almost 75 years, raising four children and inspiring countless scientists, students and others, Clark will be remembered for her legacy of amazing discoveries and their ripple effects around the world.

Clark is survived by her four children: Hera, Aya, Tak and Niki Konstantinou.

Mote Marine Laboratory is planning with Clark’s family to hold a public celebration of her life in the coming weeks. Details will be announced.

In lieu of flowers, you can honor Clark’s life by supporting her Lab through the Dr. Eugenie Clark Memorial Research Endowment Fund: www.mote.org/geniememorialfund 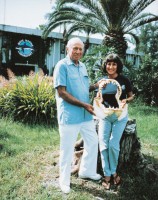 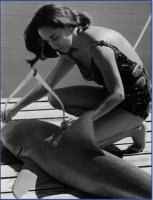 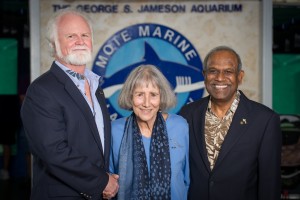