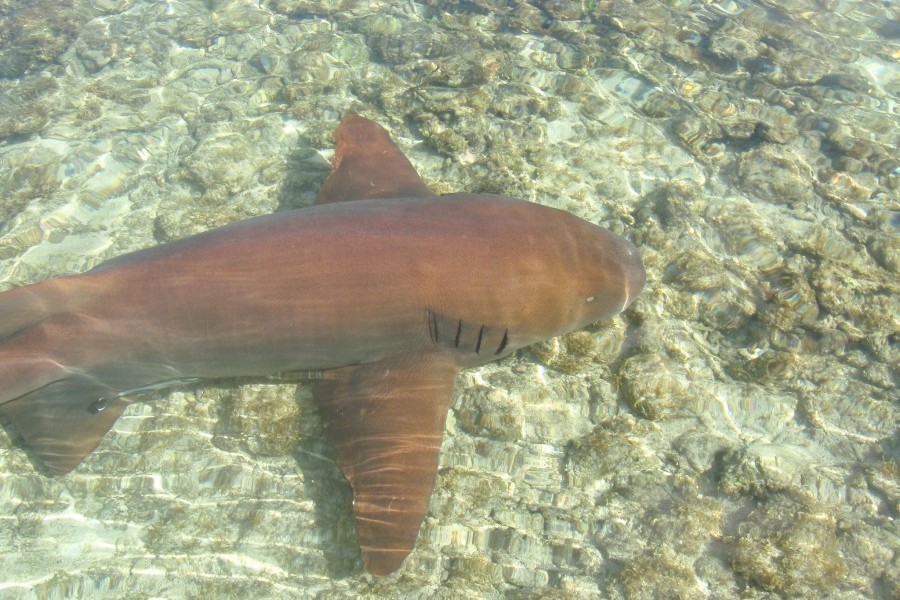 Laziness can help you succeed... if you're a nurse shark.

A new research paper from Mote Marine Laboratory reveals that nurse sharks have the lowest metabolic rate measured in any shark — new evidence of the sluggish lifestyle that has helped the species survive for millennia.

The study enhances knowledge about the metabolism of sharks — marine predators whose energy needs are little-understood but suspected to play a big role in the workings of healthy ecosystems. The study recently debuted online and is slated for print in the April volume of the peer-reviewed Journal of Experimental Marine Biology and Ecology. It was funded by the National Science Foundation (NSF).

Some sharks, like the large and active mako shark, are high-powered swimmers that chase swift prey and eat plenty to replenish their energy. In contrast, nurse sharks tend to loiter under rocks and find crevices where they can suck out lobsters, conchs, resting reef fish and other slow or unwary prey. Nurse sharks can pump water across their gills while lying on the bottom — a relatively uncommon ability in sharks that enables low-energy loitering instead of constant swimming.

Studies have estimated metabolic rates — energy use over time — for only a handful of shark species. Even rarer are studies linking metabolic data with behavior in the wild.

The new study is the first published account of nurse sharks’ metabolism in the lab: the initial step toward understanding the species’ role in the wild. The study included scientists from Mote and Murdoch University.

Leo Gaskins participated as a Mote intern in the NSF-funded Research Experiences for Undergraduates program. "Being an REU intern was one of the best experiences of my life,” Gaskins said. “This was my first time working hands-on with sharks and designing a research project. It gave me confidence in my skills and connected me with shark science experts who are passionate about the same things as I am."

During September 2014 through May 2015, the team monitored nurse sharks in a tank with a sealed plastic lid, so the volume of oxygen would decrease in a measurable way as the nurse sharks breathed. The researchers measured how much oxygen the nurse sharks consumed to estimate energy required at rest or while swimming a specific distance and speed.

The results: Nurse sharks raised — or rather, lowered — the bar for lazy living in sharks.

Nurse sharks' average metabolic rate while swimming was estimated to be only 18 percent of a similar measurement in the high-performance mako shark. Nurse sharks were even topped by other slow movers — for instance, they had about half the metabolic rate of spiny dogfish sharks in motion. Nurse sharks had to consume much more energy to swim than to rest — a bigger difference than many sharks show — but they consumed less energy overall than many other shark species. Comparisons in this study presumed the sharks were in water of the same temperature.

“Overall, nurse sharks have a very low metabolic rate; they don’t move much, and when they do move, it’s a lot of work,” Whitney said. “With this low metabolism, they probably don’t need to consume a lot of calories in order to maintain themselves. So their impact on the ecosystem could be less than you’d expect from other large predators. If they had a higher metabolic rate, like a mako shark, you’d expect their impact to be greater.”

Even so, the paper notes that “nurse sharks are often one of the most prevalent sharks in tropical and sub-tropical ecosystems.” Given their prevalence, how does their ecological impact compare with that of higher-performing but rarer predators?

Surprisingly, few studies have followed through to estimate sharks’ impacts on the energy circulating through their ecosystem. Whitney and his team hope to do just that.
During another recent study, they fitted nurse sharks with motion sensors called accelerometers, which use technology similar to the FitBit to track a shark’s tail beats and body orientation. Mote scientists have been fitting sharks with accelerometers in the wild as well.

“We want to use the accelerometer data of wild sharks to compare with what we’ve done in the lab,” Whitney said. “With nurse sharks, we first had to do the basic work of estimating their metabolic rate under controlled conditions.”

Their findings provide a new glimpse into the life of a shark built for the slow lane.

“With their low metabolic rate, nurse sharks are pretty lazy — but the interesting thing is that this can be a very successful strategy,” Whitney said. “Nurse shark populations are doing very well compared with many other shark species. Their low-energy strategy is not the only factor, but it is part of their success. If a shark figures out how to lie under a coral ledge, breathe without swimming and conserve energy, it can do very well. Compared to other sharks, nurse sharks grow reasonably quickly as young animals, and they ultimately have a relatively large number of pups (babies). That shows that they are efficient.” 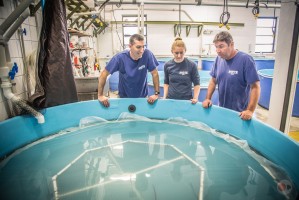 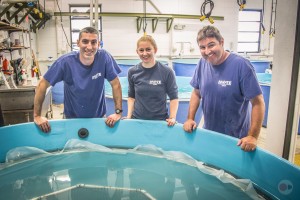 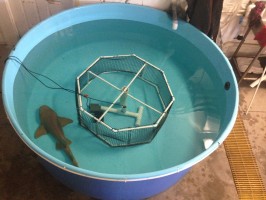 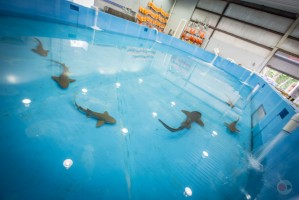