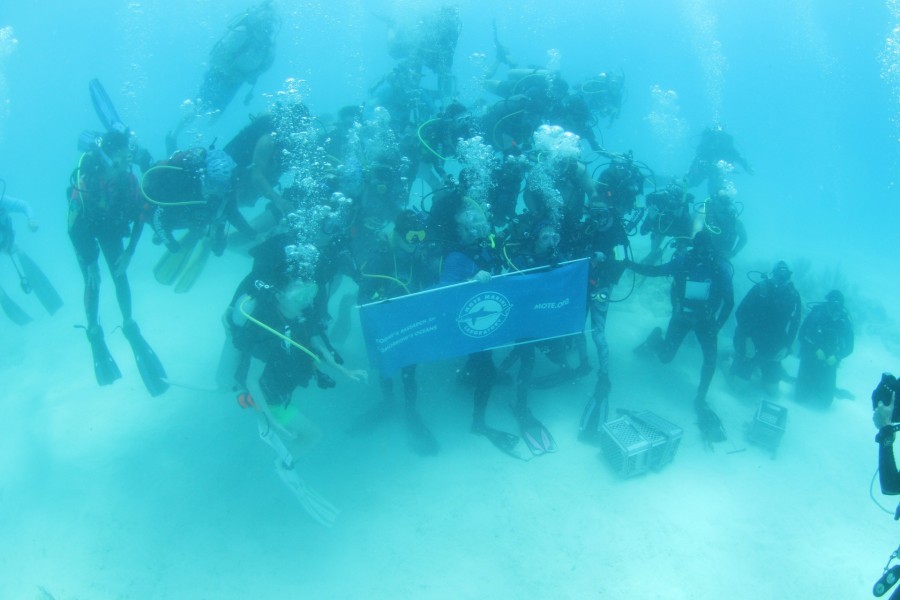 In all, the group of about 35 divers planted 300 corals on the reef on Tuesday, bringing the total number of corals planted by Mote in conjunction with members of the CWVC and SCUBAnauts to nearly 2,000. The corals are planted in a special restoration area dubbed Hero’s Reef, in honor of all current and former members of the U.S. Armed Forces.

“Today was a great day for the reefs of the Florida Keys,” said Dr. Michael P. Crosby, Mote President & CEO. “Three organizations — Mote Marine Laboratory, Combat Wounded Veteran Challenge and SCUBAnauts International — came together to plant 300 coral fragments to help build upon work we’ve been doing since 2012 in which we have planted nearly 3,000 coral fragments in our offshore coral nursery and well over 1,600 coral fragments as part of our restoration on Hero’s Reef.”

Mote has been studying coral ecosystems for decades and is an international leader in the development of innovative coral reef restoration technologies focused on growing threatened and reef building coral species for replanting on decimated or damaged sections of reefs throughout the Florida Keys in order to reverse decades of dramatic coral population decline.

Today, this work takes place from the Elizabeth Moore International Center for Coral Reef Research and Restoration (IC2R3) on Summerland Key, in the Florida Keys. This state-of-the-art technology lab was build with philanthropic support and opened in 2017 as the first LEED-certified green building in Monroe County.

Eleven years ago, Mote established an underwater coral nursery where scientists grow colonies of the threatened staghorn coral (Acropora cervicornis) for replanting on decimated or damaged sections of reef within the Florida Keys National Marine Sanctuary. When the colonies reach a suitable size, small fragments nearly 2 inches long (about 5 cm) are snipped off and used to create a new colony — similar to the way new plants are grown from cuttings of existing plants. Then these cuttings are mounted on the reef so they can grow and develop into new colonies.

Mote scientists have planted more than 35,000 corals onto Florida’s reefs, working with multiple partners to achieve effective restoration.  In addition, the State of Florida has awarded $1 million for Mote to work in coordination with the Florida Fish and Wildlife Conservation Commission and Department of Environmental Protection to significantly expand the science-based coral restoration initiative.

Tuesday’s diving success, however, is measured not only in the new corals planted on the reef to help replace what has been lost through coral disease and hurricanes like Irma, which caused severe damage to the Hero’s Reef restoration area and Mote’s underwater coral nursery, but also through the inspiration of watching the rapport among wounded veterans, scientists and SCUBAnauts all working together.

“It’s incredible to see the combination of science and inspiration and excitement as young divers and new old divers work together and to see the synergy they create to help restore the reef. What happened today is incredible and I don’t know that it gets any better than this,” said CWVC President Capt. Dominic Gorie, USN/NASA (ret.). Gorie, who graduated from the Naval Academy, was a Naval aviator, piloted two NASA Shuttle missions and commanded two more NASA Shuttle missions before his retirement.

Two first-time participants of the annual reef restoration were SCUBAnaut Jack Kramer, 17, of St. Petersburg, Florida, and combat wounded veteran Luke Murphy of Tallahassee, Florida, Staff Sgt. U.S. Army (Ret.), 101st Airborne Division. Murphy was injured in Iraq in 2006 by an IED and lost his right leg. He has undergone more than 30 surgeries and spent a year in recovery at Walter Reed National Military Medical Center. He’s been a certified diver for about a year.

“It was unbelievable,” Murphy said after the dive. “Three incredible organizations coming together with lots of different types of people all coming together to try to clean up the ocean and create a new reef. I also got to learn from a SCUBAnaut how to dive safely.”

That kind of back-and-forth inspiration is part of what makes this particular reef restoration event unique, said Paul Foisy, President & CEO of SCUBAnauts International. “We see it every year on this trip. Watching the determination and purposefulness of the veterans really does inspire the SCUBAnauts. And, I think the veterans really enjoy working with the kids — watching them develop leadership skills and even getting some dive tips here and there.”

We offer a special thank you to those who have supported this effort by donating to the Colonel Richard D. Crosby, Jr. Memorial Veterans Fund:

ABOUT:
The Combat Wounded Veteran Challenge (CWVC) improves the lives of wounded and injured veterans through rehabilitative, high-adventure and therapeutic outdoor challenges while furthering the physiological, biomedical and pathological sciences associated with their injuries. The veterans who participate in the outdoor challenges have suffered from traumatic brain injuries (TBI), post-traumatic stress disorder (PTSD) or have lost limbs.

SCUBAnauts International’s mission is to educate teens in the marine sciences, enabling them to make a positive impact on the environment and empowering them to become tomorrow’s leaders. 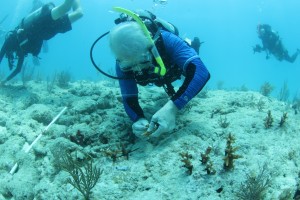 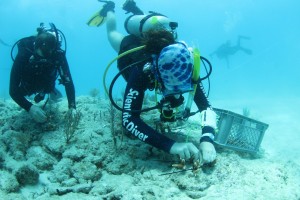 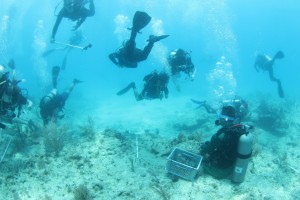 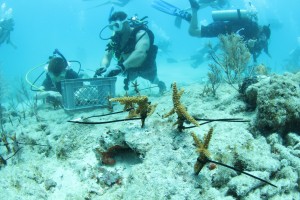 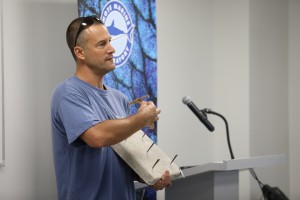