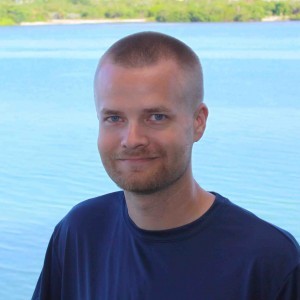 Adam is originally from Washington State and grew up along the Puget Sound. As the Director of Animal Operation, Adam oversees all aspects of the daily animal related operations within the Aquarium. Adam began his career at the Downtown Aquarium - Denver in 2006 as an Aquarium Biologist. He joined Mote Marine Laboratory and Aquarium in 2008 as an Offsite Aquarium Biologist and was eventually promoted to Offsite Exhibits Supervisor. Adam was later promoted to Senior Aquarium Biologist, Curator of Fish and Invertebrates, and then to his current position as Director of Animal Operations.