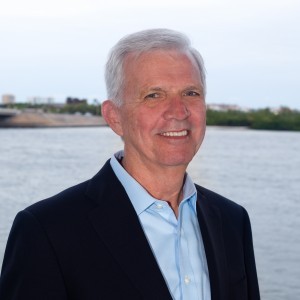 Special Advisor, Office of the President

With more than forty years’ experience in executive level advancement, Michael Moore has achieved a distinguished record of accomplishment at some of the nation’s most highly respected institutions. Michael earned his Master of Arts degree in Philanthropy and Development from Saint Mary’s University of Minnesota and, as a Fellow of the Association of Healthcare Philanthropy (FAHP), is accredited at the highest level in the field. For many years, he served on the faculty of the AHP’s Madison Institute at the University of Wisconsin, teaching ethics in philanthropy and a variety of fundraising management courses.

As a partner in a highly successful consulting firm, Michael provided fund development, strategic planning, and board leadership counsel to nonprofit organizations throughout North America. He was highly regarded as a capital campaign strategist and directed many successful campaigns for clients in higher education, health and human services, and the arts. In the private sector, he provided counsel on charitable giving programs to corporations, family foundations and high net worth individuals.

Michael’s entry into Sarasota began in 2012 when he joined Ringling College of Art & Design as the Vice President for Advancement. In 2015 he was recruited to the Baylor Scott & White Health system in Austin Texas. Michael returned to Sarasota last summer to direct Mote Marine Laboratory’s new Science Education Aquarium’s $130 million campaign.

Michael has been a frequent speaker on fund development and philanthropy program management at conferences throughout North America and in Australia. He has been widely published in national journals and is the author of “Blueprint for Success,” a capital campaign workbook as well as the co-author of A Healthcare Paradigm: Predicting Change for Healthcare and Philanthropy.