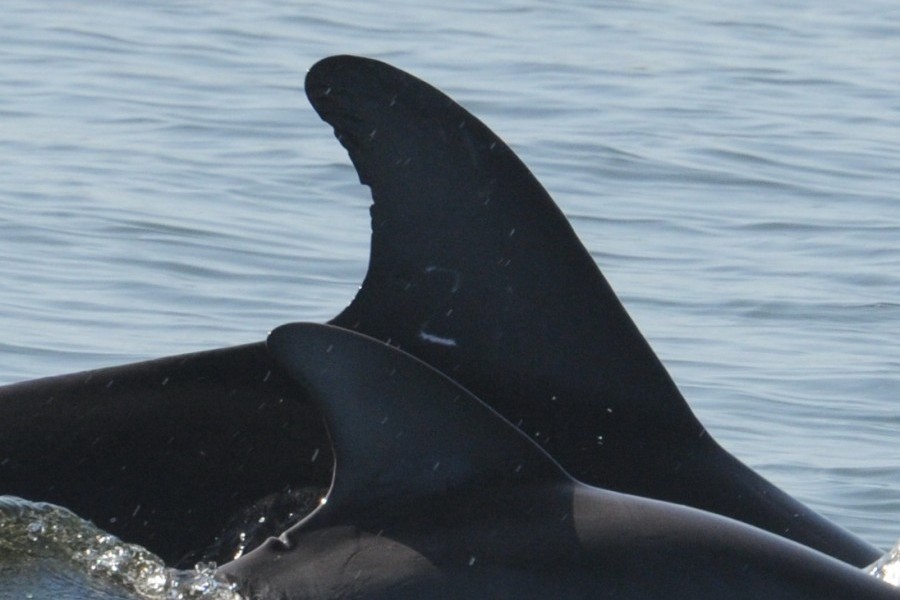 Photo: Ginger, a Sarasota Bay resident bottlenose dolphin rehabilitated and released by Mote Marine Lab, swims with a calf that appears to be her first baby on Aug. 6 in Sarasota Bay. The "2" on her dorsal fin is an identification marking - much like a medical ID bracelet - placed by the Sarasota Dolphin Research Program. (Credit: Sarasota Dolphin Research Program. Photo taken under NMFS Permit No. 15543.)

In October 2015, the Sarasota Dolphin Research Program (SDRP) is celebrating its 45th anniversary as the world’s longest-running study of a wild dolphin population.

SDRP is operated by the Chicago Zoological Society (CZS) and based at Mote Marine Lab, where it started in 1970. SDRP leads pioneering research efforts focused on the community of resident bottlenose dolphins in Sarasota Bay, which currently includes about 165 dolphins, with up to five concurrent generations, including individuals up to 65 years of age.

SDRP also provides unique education and training opportunities to colleagues from around the world and provides guidance and hands-on assistance to help establish dolphin conservation research programs in other countries. Dedicated scientists and students working with SDRP also help rescue dolphins suffering from human interactions such as entanglement in fishing gear, and they perform follow-up monitoring with dolphins released after veterinary care.

“Ginger,” a local resident dolphin monitored by SDRP since birth, received hospital care at Mote and was released to Sarasota Bay in 2009. SDRP continued monitoring Ginger and assessed her health, finding that she was in excellent body condition. In August 2015, they observed Ginger with a calf that appears to be her first baby. Full story.

“Feeny” — an older male dolphin that passed away in 2015 after a dedicated effort to treat his critical illnesses in Mote's hospital — has been known to SDRP scientists since 1988, from photo-identification surveys through Tampa Bay, his longtime home in the wild. He was identified 32 times, primarily in much of Tampa Bay in the earlier years, and over the past eight years or so in southern Tampa Bay, southward to Palma Sola Bay. 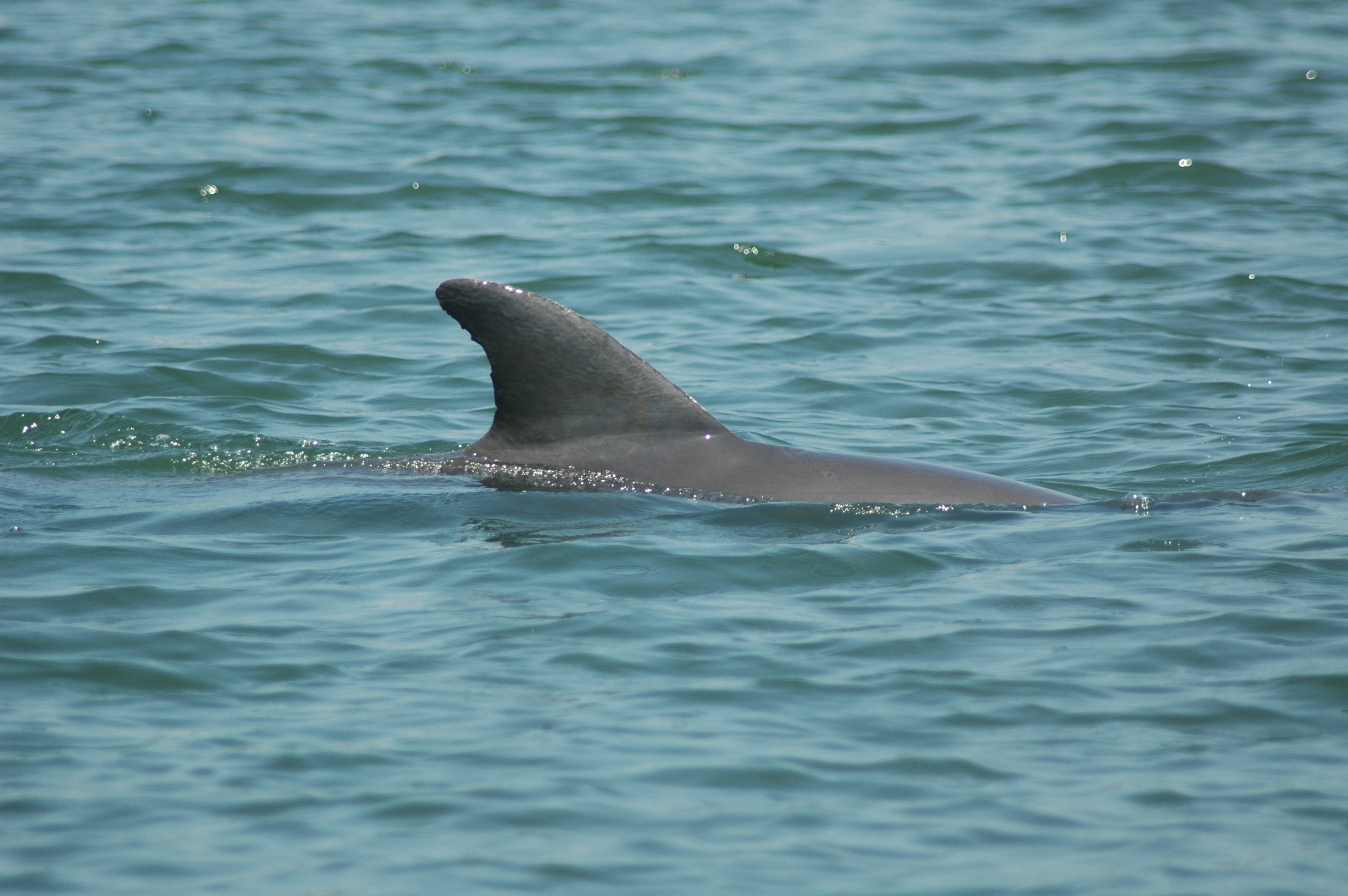 SDRP involves the collaboration of agencies, institutions and individuals whose research includes dolphin behavior, health, ecology, acoustics and environmental contaminants. They have collected decades of high-quality data that support a better understanding of the structure and dynamics of populations of small cetaceans (dolphins, whales, and porpoises), as well as the natural and human-caused factors that affect them.  The unique long-term datasets on Sarasota Bay dolphins have established them as a crucial reference population for comparison with other sites where dolphins face major impacts — for example, in NOAA investigations of the Deepwater Horizon oil spill, a polluted site in Georgia with the highest levels of PCB contamination ever found in dolphins, and sites where unusual dolphin mortality events have occurred.

SDRP also places the dolphins of Sarasota Bay into a broader ecological perspective through long-term seasonal monitoring of the relative abundance of fish in Sarasota Bay. This project has provided some of the first quantitative information on the impacts of red tides on estuarine fish communities.

SDRP also led a study on the reintroduction of dolphins to the wild after a period under human care.  Oct. 6 marks the 25th anniversary of the release of dolphins “Echo” and “Misha” for a project examining how two dolphins reacclimated to their native waters after two years at a California facility.  The collaborative project, involving CZS, the University of California-Santa Cruz and Mote, involved capturing these two young male dolphins in Tampa Bay in 1998 and releasing them there in 1990. Follow-up monitoring found that they readapted well, reintegrating with their pre-capture social units and did not interact with humans.

This project demonstrated that dolphins removed from their home ranges for at least short periods of time could be successfully returned to their native waters. Echo left Misha after several weeks and returned to his original home range just to the north of Misha’s, demonstrating the importance of home ranges.  In contrast to the failed efforts by others to release dolphins born in human care or kept there for longer periods of time, or to release dolphins far from their native home ranges, the Echo and Misha project was considered a success. During summer 2015, SDRP received photographic documentation of Echo from the Eckerd College Dolphin Project in St. Petersburg; Echo was near where he was seen a year ago, and with some of the same individuals. Misha died in 2006, 16 years after release.